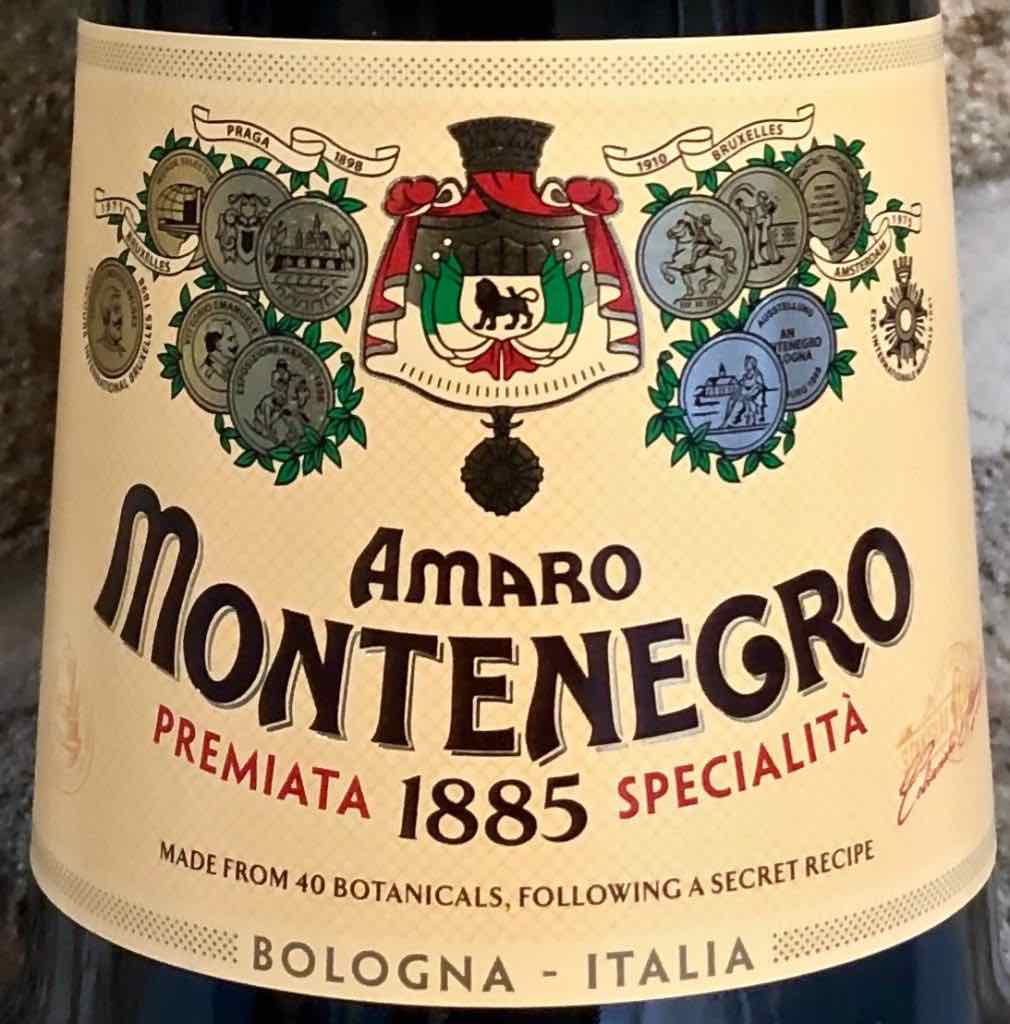 Amaro Montenegro – and a Favourite Quarantini

Suppose Stanislao Cobianchi had followed his father’s wishes and become a Priest. In that case, we might never have had Amaro Montenegro, and the wonderful world of drinks would have been all the poorer. Fortunately for lovers of speciality drinks and cocktails, he preferred instead to go and explore the world. On his return to Bologna in 1885, he established a distillery to make the herbal potion that he called Elisivir Lungavita. It contained his secret recipe of the exotic botanicals he’d found on his travels, blended and made in a unique and complicated process.

Today, that recipe is still unchanged. However, in 1896, the name became Amaro Montenegro, in honour of the marriage of the future King of Italy to Princess Elena of Montenegro, who then became Queen. Meantime, Amaro is the Italian word for bitter. Since then, Amaro Montenegro became rightly famous in Italy and abroad.

Amaro Montenegro’s uniqueness is, of course, the taste created by an unusually complex production process. Indeed, what you might call Metodo Montenegro is overseen by a Master Herbalist. Only three living people know the entirety of the process.

Those forty botanicals undergo three different forms of extraction; these being boiling, maceration and distillation:

Boiling: certain botanicals mix with water and boil “for the right amount of time”;

Maceration: other botanicals steep in a mix of water and alcohol for 20-30 days;

Distillation:  steam distillation with yet another set of botanicals creates an alcoholic spirit.

These processes create twelve “mother extracts”. In turn, these then blend again in such a way as to create six “tasting notes”. These are ‘bitter and herbaceous’, ‘spicy and floral’, ‘sweet and roasted’, ‘fresh and balsamic’, ‘fruity and sweet’, and ‘warm and tropical’. These then combine into yet another blend before the addition of the seventh note, a final secret weapon called “Premio”.

Premio comes from the micro-distillation of five botanicals. Its concentration is that there is only one litre of Premio for every 15,000 litres of Amaro Montenegro. Put it another way, a standard 700ml bottle of Amaro Montenegro contains one drop of Premio.

Amaro Montenegro comes in a redesigned screwcapped bottle based on Cobianchi’s original design, which invokes the idea of a Herbalist or maybe even an Alchemist.

So the question is, after all that fantastic amount of effort, is it worth it?

How does it taste?

This golden amber concoction has aromas of oranges, coriander, tea and rose. It’s initially sweet, with a smooth, dense texture. Yet this quickly turns into a moreish bitterness, with yet more bitter orange, cherry, herb and wormwood dominant on the palate, with a darker, balsamic undertow. Finally, there’s a long and lingering bitter length together with a final alcoholic warmth. It’s the balance of the sweetness and bitterness, and how the one complements and morphs into the other, that’s remarkable. Neither is there anything heavy; on the contrary, there’s a welcome lightness and sophistication.

Versatility is the watchword here. The traditional way to drink Amaro Montenegro is neat as an after-dinner digestivo. Take a glass after your espresso. Alternatively, adding soda, tonic or ginger ale in a 3:1 ratio with ice makes a refreshing aperitivo.

However, this liqueur is also the mixologists’ friend. Amongst the many Cocktail recipes to which it’s suited, MonteNegroni makes for a favourite “Quarantini*”. For this, mix two parts Amaro Montenegro with one part Vermouth (white or red), one part Dry Gin and two drops of Angostura Bitters. Stir, don’t shake and use a tumbler-style glass. Add ice and a twist of orange peel. Enjoy!

Amaro Montenegro is widely available in the UK at many independent wine and spirits merchants. For example, £18.95 at Master of Malt or £20.95 at Royal Mile Whiskies.

There are many Italian versions of Amari and similar “Bitters” made elsewhere in Europe. I won’t pretend to have tried them all. Still, I find some somewhat aggressively bitter, heavier or less complex compared to Amaro Montenegro. Amaro Montenegro is the perfect way to end any lusty meal from Bologna! So it’ll also work just fine as a remedy for Christmas Day over-indulgence!

A memory – I passed by the factory in Bologna a couple of years back. Though tempted to stop by, I was on the way to the Ferrari Museum at Maranello. A shame, but it’s unwise to mix strong alcohol and fast cars! It’s on my list for when I can travel again!

*A Quarantini is a cocktail that you drink at home during a lockdown, geddit?

If you like this, then why not try an Espresso Martini?