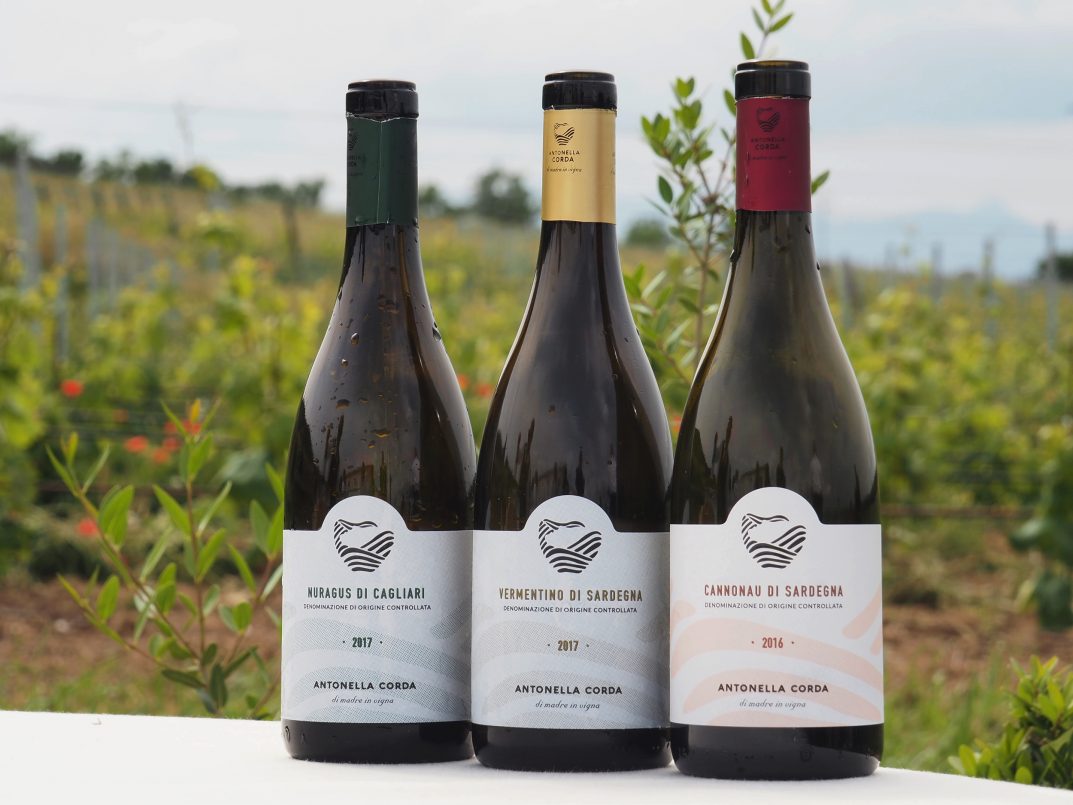 Antonella Corda is from a family of Sardinian winegrowers. She is also an agronomist specialised in vine management, returning to Sardinia from Trentino. 2011 was her first vintage. In so doing, she has created a boutique winery producing outstanding Sardegnan wines that are subtle, authentic and refined. I met with Antonella in Cagliari to taste her Vermentino di Sardegna. So taken with this, I also tried her other wines afterwards. 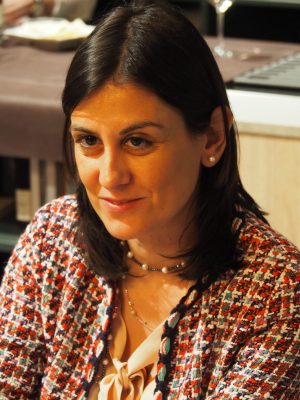 Her estate is a 40 ha farm at Serdiana, in southern Sardegna, 20km north of the port of Cagliari. Serdiana has become a hub of wine excellence on the Island. Nearby is famous wine producer Argiolas, plus other excellent wineries such as Audarya and the Dolianova Co-operative.

The Serdiana area is part of a large low-lying, and fertile plain called the Campidano. It stretches in a roughly north-south orientation for 110 km between Cagliari and Oristano and is some 32 km wide. Geology fans will recognise it as a Graben. Much of the Campidano was once a malarial swamp until drained for agriculture in 1946. It’s the breadbasket of the island, supplying cereals, olives and wine to Cagliari, and also growing almonds and artichokes.

To the north and east of Cagliari lies gently rolling land. Small towns and villages dot the countryside, surrounded by olive groves, fields and vineyards. It also brims with the heritage of the past. There’s the Nuraghi, ancient stone fortresses erected in the Bronze-Age. Meanwhile, pretty villages and towns have Romanesque churches and old houses built from Adobe.

It is here that Antonella Corda has 15 ha of vineyards in organic conversion; nine are devoted to Vermentino, the rest is for Nuragus and Cannonau. Also, there’s 12 ha of olive trees and a new winery. 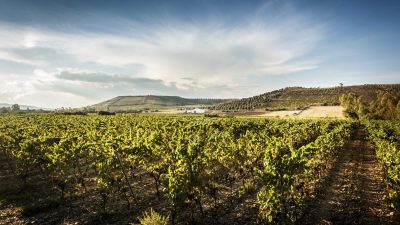 The vineyards are in two plots, all replanted with vines trained on the modern  Guyot system. First is Mitza Manna, six hectares at an altitude of 200 m, planted with Vermentino and Nuragus. The soil is sand, clay and loam, with a significant amount of calcium said to enhance freshness and floral aromas.

Mitza S’ollastu is the second site, also six ha, this time with Vermentino and Cannonau. The soil here also has a significant amount of pebbles.

These three native Sardegnan grapes are handpicked and make 100% varietal wines; the white Vermentino and Nuragus, plus the red Cannonau.

The Vermentino is picked in September and fermented in stainless steel. It’s then aged for six months in stainless steel on the lees. (See my article about Vermentino di Sardegna). It’s a subtle and delicious white wine. It’s highly aromatic, with herbs and camphor amidst white blossoms with almost a Riesling note. The mouthwatering palate has fresh tingling acidity. Long finish with an almond bite at the end. Delicious and distinctive, it has few peers in this category. Those looking for an alternative to a subtle and elegant Sauvignon Blanc from the Loire will love this. Update: The 2019 vintage of this wine is now available in the UK at Cellar Selected, £17.95

Cannonau is the red signature grape of Sardegna, grown all over the island and with many synonyms, biotypes and mutations. Simply put, it’s a form of Grenache Noir, though distinctive from those of France and Spain. However, this does mean that Cannonau comes in a range of styles, from light quaffers to the dark and impenetrable.

Grapes picking is in September, with fermentation and ageing in stainless steel. A portion matures in untoasted oak barriques, so ensuring that there are no overt wood tastes while gaining a silky texture.  A light brick-red colour, there’s white pepper and rose aromatics mixed in with red cherry and raspberry fruit. The tannins are exceptionally soft, balanced by fresh acidity and with an underbrush and almond finale. In short, it’s one of the most exciting expressions of Cannonau’s I’ve tried. Update: the 2019 vintage is now available at Valvona and Crolla for £23.49.

Nuragus is a white grape widely grown in Sardinia, but rarely seen elsewhere. For many years its charms were hidden because it is a massive cropper and highly drought resistant. When quantity rewarded winegrowers, this was one of those grape varieties that paid the bills. The downside was that this meant dull and neutral wine. However, reducing yields and paying close attention to canopy management is essential to quality. Then Nuragus is capable of making superb flavoursome wines with delicate aromas. Who better than Antonella Corda to understand this and so coax a grand vin from her vines?

The Nuragus is the last to be picked, often deep into October. It ferments in stainless steel, with care taken to avoid bitterness from the grape skins. It then has six months of maturation on the lees to pick up more aroma and flavour. The result is a balanced light white wine, featuring apples, pears and a dash of salinity. The result will give many a Chablis a run for its money, especially when paired with Oysters. How long will it be before the world discovers Nuragus? This example is not yet in the UK.

A lightness of touch

If there is one thing that links these three wines, it’s a lightness of touch. There’s extraordinary clarity, poise and elegance.

There’s terroir expressed here. However, it also comes with a real understanding of vine management and winemaking. Those that still think that Sardegnan wines lag behind the best from other regions of Italy should try these.

If you’re in Sardinia and down Cagliari way, then I recommend you visit and try the wines. The retail price for each of these three is around €12 Cellar Door.

Update, July 2019: Antonella Corda introduced her fourth wine, called Ziru, a Vermentino from the 2017 vintage aged in clay amphorae for 12 months. Hence it’s an IGT, Isola dei Nuraghi. Sadly, amounts are tiny, just 830 bottles, so it’s available only at the winery. I hope production will increase in future years.

Update, Spring 2020: The Vermentino and the Cannonau are now available in the UK! The Cannonau is also included in my picks for Christmas 2020.