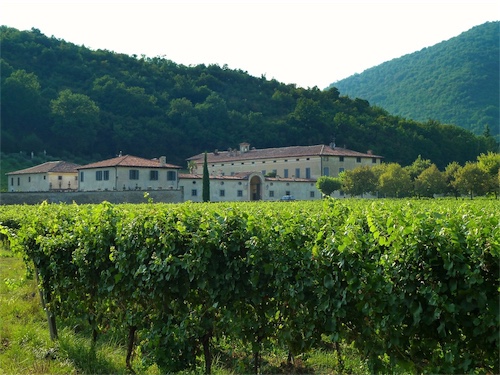 Part 1 of this article gave some context regarding the condition of modern agriculture. Part 2 provided an overview of Biodynamics. Now it’s time to describe the Biodynamics detail. How is BD used?

How is Biodynamics practised?

The origin of Biodynamics is rooted in eight lectures delivered in 1924 by Austrian philosopher Rudolf Steiner, called The Spiritual Foundations for the Renewal of Agriculture. He was the creator of the “spiritual science” of Anthroposophy. It seeks to link science with spiritualism in education, health, the arts, and agriculture.

In these lectures, he set out the precepts of healthier and sustainable agriculture. It’s about revitalising the soil to produce better quality food. A convinced teetotaller, he had no interest or involvement in wine at all!

Steiner wasn’t an agriculturalist either, so modern BD practices have gradually evolved under his guiding principles.

Firstly, Biodynamics uses a range of unique natural homoeopathic preparations. These are in very dilute form. They promote the microbial life of the soil and boost plant health to combat diseases. See the table* below.

Applications: Spray on the vines to harden the plant and reinforce root development and photosynthesis, 2-4 times per year. Place inside the compost pile as enrichment helps take up trace elements, aids flowering, and fruiting.

*based on articles by André Ostertag, Maria Thun, Jamie Goode and Demeter USA

BD 500 and BD501 are the two essential sprays for the soil and vines. However, composting is also fundamental. The compost is a mixture of cow manure and vegetable waste that is augmented by preparations BD502-BD507. They are said to help break down the compost and make trace elements available to the plant.

The preparations are diluted down to homoeopathic levels in rainwater. They are then activated, or “dynamised” by extensive stirring before use. Stirring takes between 20 minutes and an hour, first clockwise, then anti-clockwise, creating a vortex. The preparations are used within 3-4 hours while still fresh.

A “dynamiseur” is used to stir the preparations, essentially a small cask with rotating paddles. Substances become dissolved evenly, and microbial life in the water reproduces rapidly. Hence even very dilute quantities of BD500 contain enormous numbers of microbes.

As with organics, copper and sulphur are still allowed, as a barrier to fungal diseases. Bordeaux mixture (copper sulphate and lime) treats downy mildew, and powdered sulphur treats Oïdium (powdery mildew). These are toxic substances. However, BD farmers say the quantities they use are far smaller as their vines are more resistant to fungal diseases.

Pest control, rather than pest elimination, maintain biodiversity and food chains. Natural vineyard predators will keep pest populations at a low level. Some vineyards also employ chickens, geese and ducks to do the job!

Another control method, advocated by Biodynamic extremists such as Nicholas Joly, is known as peppering. He claims that spraying a dynamised liquid containing the ash of the dead pest works. However, I remain unconvinced that revenge is sufficient!

It is likely the microbial life of the soil that is the most crucial factor. A great deal of scientific research is being undertaken to explore how soils, microbial life and plants interact. These relationships are highly complex and remain poorly understood.

Bacteria are known to perform a broad range of transformative biochemical functions. These include photosynthesis, carbon and nitrogen-fixing and making trace elements available. One of the most complex biological materials on Earth, a handful of healthy soil contains billions of micro-organisms. BD’s beneficial role is the promotion of diversity and abundance of these micro-organisms to help plants thrive.

The sowing and planting calendar

Furthermore, the application of treatments should coincide with the rhythms of the Earth and various cosmic cycles. Hence, the late Maria Thun devised the “biodynamic sowing and planting calendar”, based on her experimental plant research over many years.  In this timetable, four “forces” are ascribed to the individual parts of the plant as follows:

The calendar is complex and divides each year into days (and times of day). These are either favourable or unfavourable for different aspects of work. Timings depend on the Earth’s movements, Moon, and planets against the Zodiac constellations, which change every few days.

BD is a broad church.

Many BD winegrowers do not use cosmic aspects. Some see those ideas as a step too far; others find that the suggested timings are impractical. Instead, many biodynamic growers have developed practices that suit their particular vineyard situation and needs. No wonder there is differing and sometimes conflicting advice given by BD consultants.

As a result, BD is a broader church than it may first appear. All will use the preparations, but the timing aspects remain entirely optional. And it’s no giant leap to developing ideas about the Rights of Plants.

BD needs far more time spent on vineyard management and labour. As a result, some BD vineyards are more costly to operate than their chemical counterparts. However, others work out cheaper. The economics largely depends on the size of the vineyard and its location. It is one reason why many BD vineyards tend to be relatively small. However, there are large estates, for example, Querciabella in Italy, Chapoutier in France and King Estate in Oregon, USA.

One of the ongoing problems facing most organic and BD vineyards is that they are rarely in isolation. That brings the possibility of contamination from neighbours using chemicals. Where possible, creating natural buffer zones is beneficial.

Some organic and BD growers have even been said to encourage the spread of vine viruses, pests, and diseases. For example, there was a recent case in Burgundy. Emmanuel Giboulot faced six months in prison and a hefty fine for refusing to spray pesticides against flavescence dorée. Thankfully, he won his court case on appeal.

There are official certification bodies such as the Biodynamic Association, Demeter, and Biodyvin.

Should BD be certified? Personally, I’m for it. For biodynamic certification, producers must first meet organic production criteria defined by various organic certifying bodies (e.g. Ecocert, IFOAM, and others). Specific rules therefore vary. However, the certifier has to be an independent third party with recognition from the country in which it operates. It also requires a conversion process. The vineyard must have adopted BD methods for three or more years before achieving certified status.

Secondly, producers must use the biodynamic preparations BD500-BD508. Any adherence to the cosmic calendars is however entirely optional and is never part of the certification.

Demeter is a primary certifying body. Its agricultural standards are not unique to viticulture or concerned with wine quality. Demeter certifies all forms of BD agriculture. Hence, Biodyvin, (the SIVCBD, Syndicat International des Vignerons en Culture Biodynamique) established in 1993. It has a wine quality charter and wine tasting tests.

The merits of certification

As with organics, there are arguments about the merits of certification in the Biodynamic community. On the one hand, it’s a guarantee of adherence to BD practices. Some growers are not certified and won’t mention BD on the label either. One or two others have abandoned certification, saying they derived no tangible benefit from it. It still has little consumer relevance, representing a significant challenge to recognition and perhaps wider acceptance.

There are several reasons for not being certified:

In my opinion, BD has the potential to make the best-tasting authentic wine because the grapes are the best possible quality. However, clumsy winemaking can still easily ruin all that effort. Some biodynamic (and organic) winegrowers extend their ideas into the winery, and there has been a rebirth of “Natural wines”.

The term “natural wines” has recently become the description for wines made “as naturally as possible”. However, this descriptor is so loose that for me, it has little meaning or consensus.

This category may include wines made with organic and biodynamic methods. Or then again not. Natural wine is never a shorthand term for either Biodynamics or organics.

Such natural wine ideas range widely—for example, the shape of fermentation and storage vessels. I have seen egg-shaped and pyramid designs. Others have successfully revived the use of terracotta amphora or try to make no-sulphur wines or “Orange wines”. One or two insist on playing classical music or white noise to the wine and claim beneficial effects.

More understandably, the use of wild yeasts, no fining or filtering, and low-sulphur regimes seek to make wine “more natural”. But these are in everyday practice and so hardly new or revolutionary. Worryingly, I’ve also seen “Natural’ wines made from chemically-grown grapes!

I welcome Natural wines, they are anti-technology, add interest and diversity, and the intentions are often praiseworthy. But this is no Second Coming of the Messiah. Some “natural” wines are brilliant and take immense skill to produce. Some, however, are awful, and no more than the Emperor’s New Clothes. Caveat Emptor.

Biodynamics seeks to grow the best grapes in the best environmental way. What happens next is still reliant on winemaking ability. Wine does not make itself.

I hope that these three articles encourage you to try BD wines. Please join in with the debate and share your views.

Do you want to find Biodynamic wines? Ask me!