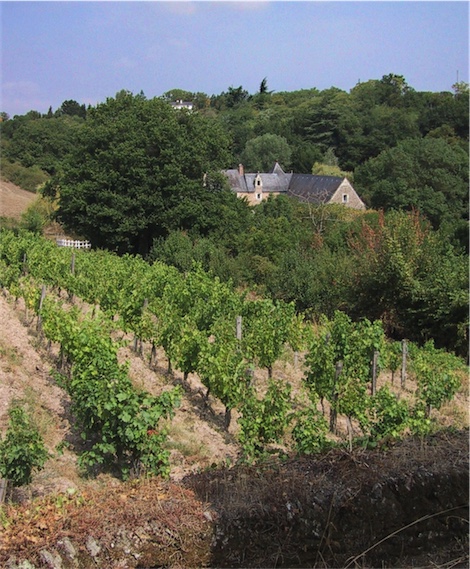 The Biodynamics overview, Part 2 of 3

Part 1 of this article was about context, Koyaanisqatsi, a life out of balance caused by synthetic chemicals. Some of the reaction to this has been the development of “sustainable” agriculture and organic farming. This Part 2 is a Biodynamics overview; of how it builds upon organics and how adoption has grown despite controversy.

Any Biodynamics overview has to start with Rudolph Steiner’s theories, called anthroposophy, which attempts to combine science with spiritualism. Steiner also tried to make his ideas practical through education, the arts, medicine and agriculture.

BD winegrowing began in European vineyards in the 1980s and has become increasingly influential around the world. Adopted by some of the world’s most ambitious wine producers, the total number of farmers and vineyard acreage remains small. However, its influence continues to grow, and most wine regions now have Biodynamic farmers.

Vineyards and wineries occupy some of the world’s most beautiful places. It can be hard to imagine them damaging the environment. Many do. BD represents the ultimate form of sustainable agriculture, one that works in harmony with nature. While promoting life’s diversity and species for future generations, Biodynamics revitalises land previously damaged by humans, actively supporting life and sequestering carbon in the soil, promoting healthy vines and encouraging and preserving species diversity.

We perceive wine as a single wholesome beverage. Hence, regretfully, we pay little attention to its chemistry beyond a statutory warning about sulphites on wine labels. But using human-made chemical pesticides and fertilisers on a massive and profligate scale endanger the producers, local populations, the environment, and the drinker. BD makes a wholesome product with a natural chemical composition that is without these risks.

Leading winegrowers have adopted BD as the route by which they can obtain the best possible quality grapes to make authentic wines that reveal a sense of place. Great wine is made in the vineyard, not the winery. Wine is only ever as good as the grapes that make it. Though you still need skilful winemaking to realise this potential, many BD winegrowers say that their grapes are so pure that their winemaking is made much more manageable.

BD is, in a sense, extreme-organics or super-organics. Critics dismiss it as mumbo-jumbo or voodoo. The starting point of Biodynamics is that BD builds on organic methods. Like organics, biodynamics emphasises the health and balance of the soil and forbids human-made agrochemicals and fertilisers.

But then BD goes much further. Central to biodynamics is to consider a farm as a single self-sustaining living system that addresses the “micro-environment” (flora, fauna, and Humans) and the “macro-environment” (the rhythms of the Earth, Moon and Cosmos).

Consequently, interventions by the farmer try to prevent vineyard problems rather than seek to cure them. In other words, the winegrower works with nature to promote vine health and natural disease resistance. These interventions use naturally occurring preventative preparations. Those are from natural plant materials. Their application is in homoeopathic quantities.

There are two main preparations; one is cow manure, and the other is silica. Each is buried in cow horns over winter. In spring, the contents are dug up and then heavily diluted with fresh water and “dynamised” (stirred in particular ways for up to an hour). They’re then ready to be being sprayed in the vineyard.

Natural compost put on the soil builds soil structure and encourages microbial life. Other BD preparations are from plants such as yarrow, chamomile, nettle, oak, dandelion, and valerian.

The objective of these treatments is to strengthen the vines’ natural defences so that they can withstand pests and diseases and make more soil nutrients available. Healthy plants should have better quality grapes.

On vineyard visits, I was once enthusiastic about those vineyards that looked neatly manicured. Now I know that these are chemical environments. These days, I prefer those that look far wilder, even messy, where vines coexist with diverse plant and animal life.

The timing of these interventions is according to cosmic events and the lunar calendar.

Most controversially, Biodynamics claims that the universe contains “life forces” which influence all living things.

The vine has four distinct parts; roots, leaves, flowers and grapes. Each of these has auspicious times when specific treatments are most effective. This depends on the Earth’s position relative to the Moon, planets, and constellations.

Is it astrology? Or magic? Or irrational nonsense? Why not dance naked in the vineyard instead? And is it even practical?

Are there life forces we do not yet understand or cannot detect and measure? Our culture values rational science and technology, so many find these ideas laughable.

But consider other examples from hard science. Newton discovered gravity, but he did not envisage relativity and quantum physics; it took Einstein, Schrödinger, and Heisenberg to do that.

In cosmology, science accepts that mysterious dark matter and dark energy exist, but we have yet to discover their properties. Only recently have we obtained proof of the gravitational waves predicted by relativity. Quantum entanglement is weirder still. And there is still no unifying “theory of everything” in physics. There may be many dimensions in spacetime and even parallel universes.

These ideas are also controversial and currently unproven. Meanwhile, many believe in a God or a deity, whose existence is a matter of faith. Perhaps, Biodynamics, at least in part, is a belief system too.

We do not yet understand all that is going on. Indeed, the Moon influences Earth’s life and witnesses the ocean tides, albeit on a much bigger scale.  However, intangible cosmic “life forces” have not submitted quickly to rigorous scientific examination. Not all biodynamic practitioners accept or adopt these astronomical aspects, relying instead on the preparations.

Regardless, the acceptance of Biodynamics has followed Schopenhauer’s maxim:

“All truth passes through three stages.
First, it is ridiculed.
Second, it is violently opposed.
Third, it is accepted as self-evident.”

It might just be that BD winegrowers are obsessive about quality. They spend so much time in the vineyard that this perhaps is why it seems to work. Doubtless, as prevention is better than cure, increased vineyard surveillance and vine management must help. This is an argument that does not need to attribute anything to either homoeopathic sprays or cosmic influences. It’s treating the vineyard like a garden, which perhaps is reason enough.

However, there is clear scientific evidence though that BD methods do increase soil microbial life enormously. This likely makes a huge difference. Meanwhile, research into the effects of various biodynamic preparations is continuing.

All the evidence I need is in my wineglass. Many BD wines are in the very top-drawer. The good news is that you can easily find BD wines in supermarkets and wine shops, at real-world prices.

Now we have a Biodynamics overview; Part 3 explores how Biodynamic practices are employed.