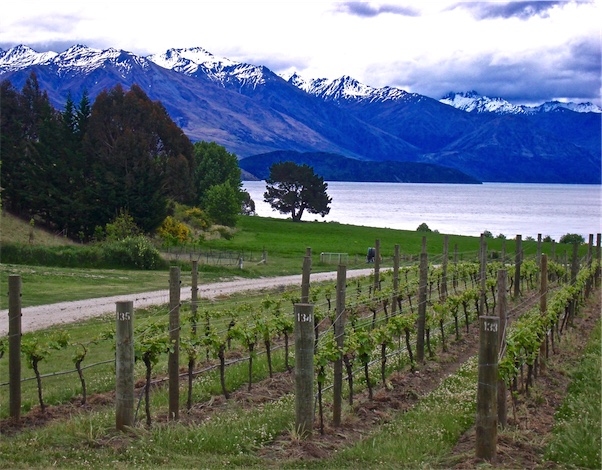 Recently, I was asked to republish my articles introducing Biodynamics (or BD, for short). Pol Roger published parts of these. Biodynamics is an agricultural philosophy that offers a radically different approach to agriculture. With wine, this means the farming of grapes.

I first encountered BD over a decade ago. Then it was regarded as an entirely daft doctrine practised by a few winegrowers that had lost touch with reality. Naturally, I became fascinated!

By accident, I found that Biodynamics was often a connecting thread between many of the wines that I enjoyed. Indeed, it took no little persuasion of a sceptical WSET examining board to allow me to write a dissertation on how to market Biodynamic wines in the UK.

That piece turned out to be an accurate prediction. Biodynamics has become more widely adopted in the intervening years, and Biodynamic wines are now readily available, though they usually occupy the premium niche in each price category.  I once kept a directory of Biodynamic practitioners. In the beginning, there was only a handful. After ten years, I stopped because they had become too numerous for me to keep up.

Yet Biodynamic winegrowing isn’t mainstream and is still controversial.

My updated and revised article splits into three parts.

This Part 1 is about context; how modern agriculture became Koyaanisqatsi;

Part 2 is an overview of what Biodynamics seeks to achieve;

First then, the context. Let’s round-up (pardon the Monsanto pun) some of the ways of grapes are grown.

I call this Agro-to-go. Since the 1950s, vineyards have employed ever-increasing amounts of industrial agrochemicals. There is an extensive chemical armoury designed to maximise yields, produce disease-free fruit and minimise costly labour. That increases profits. Advocates even claim it feeds the world. Sounds appealing?  Chemical use on a global scale seeks to:

Indiscriminate use leads to:

Do you remember DDT? Rachel Carson’s book Silent Spring revealed the impact of this biocide. Banned in most countries, DDT persists in soils, food chains and human beings to this day. There is concern about the effects of glyphosates, (such as Monsanto’s Roundup) and neonicotinoids (responsible for the decimation of bee populations). These and other insidious synthetic products are long-lasting toxins. Lots of farmland is addicted to these chemicals and requires ever-larger fixes. And so the cycle continues.

The result of modern chemicals on our ecology is Koyaanisqatsi, the Hopi Indian word meaning “life out of balance”. Too often we think we are above nature, rather than part of it. We even call this type of agriculture “conventional”. That’s a reassuringly neutral term that needs to stop.

These days we’re familiar with this, a common theme in world food production. Wine is an industry on a global scale where efficiency and profit reign. There is nothing inherently wrong with that. But the desire for growth is detrimental when winegrowing makes a dubious pact with chemicals. From a consumer perspective, the consequences are increasing gluts, phobias, scares, and low quality.  You are what you eat, and we don’t know all the possible side-effects, some of which take years to emerge. Knowing this, we continue to consume.

The journey away from a reliance on chemicals towards enlightenment has been slowly adopting “sustainable methods”.

Chemical-Lite agriculture appeared in the 1970s and 1980s. Some farmers responded to vineyard pest, disease, and weed control with a more enlightened environmental consciousness—the French call this “la Lutte Raisonée”, (the rational struggle). While specific programmes differ in their detail, crucially they still allow chemicals, albeit used in more pragmatically.

For example, Instead of eradicating pests, Integrated Pest Management (IPM) tries to keep their populations below a harmful level. By monitoring the weather, local ecology and pest-predator life cycles, growers aim for reduced chemical usage. Integrated Production (IP) is similar and also includes growing cover crops and vine management. Such viticulture is undoubtedly a step in the right direction.

I like sustainable schemes because they cover much more than what’s happening in the vineyard. After all, wineries consume huge amounts of water and energy and produce wastewater and packaging waste. Sustainability means looking to reduce the carbon footprint in all activities from grape to glass.

New Zealand launched Sustainable Wine Growing New Zealand (SWNZ) in 1997, adding a winery component in 2002. It recognised that a lack of sustainability would eventually damage their image of “the riches of a clean, green land”.

Agro-chemical use is still allowed, but more restricted, though some wineries take this concept further, into organics and biodynamics.

Organics has grown in popularity since the 1980s, but it is still in the minority. Its philosophy regards the vineyard as a complex ecosystem. Organic farmers see themselves as custodians of the land who ensure a viable inheritance for future generations. Synthetic chemicals are forbidden, and scientific vine management techniques are employed.

There are various confusing and contradictory definitions, but in practice, organics means:

The adoption of organic methods isn’t easy. Organic grape growing is more viable if there is a warm, dry climate where fungal diseases tend to be less prevalent.

There are other benefits: consumers know what they are drinking, and organics also help winegrowers demonstrate a sense of place with their wines. Workers are safer and healthier too!

Organic certification also means increased cost, time, and bureaucracy. All of these factors risk profits. Some producers compensate by asking for higher prices.

If organically grown wines don’t taste better than their non-organic counterparts, especially if premium-priced, wine drinkers become disappointed. One consumer survey concluded that organic food and wine are in some way “dirty” and “more expensive”, though as organic produce has gone mainstream, this view is now much less heard.

Some organic wine producers won’t say they are organic, for fear it will turn customers off. Or they won’t apply for organic certification because of the cost. It takes three years of vineyard conversion for grapes to reach a new equilibrium state, during which time vineyards and growers can suffer. In short, going organic is a significant risk, though one worth taking. And certification is a transparent demonstration of conformity.

Despite these risks, organic wines are increasing in availability and quality very rapidly, especially from France, Italy and Spain.  And consumption growth in key markets is matching that as well. There are plenty of superb organic wines at prices similar to their non-organic counterparts.

However, I believe there is an even better way. There’s Biodynamics. In my opinion, BD has the potential to offer great wine while maximising environmental and health benefits. It’s this combination that I find compelling. So what is it?

For that, please read Part 2.