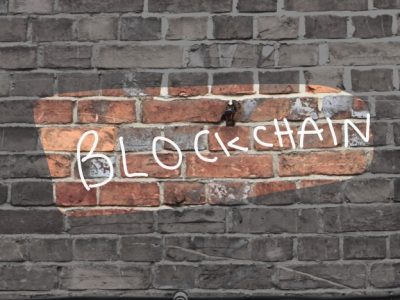 The future of the wine industry will be Blockchain

Disruption. A much-overused business word. Every new product, service and start-up we are assured, is disruptive. It’s the game-changer, the holy grail. Yeah, right. Well, the Blockchain probably is.

A couple of years ago I studied a new technology called the Blockchain, on behalf of the Financial Services Industry. I was hardly alone; 22 of the world’s major banks are collaborating on developing and deploying this technology. The Blockchain is now the financial services equivalent of the Second Coming. Billions of dollars of venture capital are in Blockchain developments and start-ups. This time they say, disruption is for real.

But what is Blockchain and what’s it got to do with wine?

I’ll get to the wine usage soon. Firstly though, to understand the Blockchain let’s start with Bitcoin. You’ve heard of Bitcoin, the headline-grabbing cryptocurrency. While increasingly accepted by commerce, it’s also the currency of the Dark Web, with its nefarious dealings. Despite this, Bitcoin is gradually moving towards mainstream acceptance. Whether Bitcoin is a revolutionary new currency or not is, however, irrelevant here. For those that want to delve deeper into Bitcoin, then try these links here and here.

Instead, the relevance of Bitcoin is the decentralised ledger technology called Blockchain that supports it. The Blockchain is the future of transactions. Any transactions. The technology is highly sophisticated, but the usage is simple. It will eventually disrupt the distribution chain in every industry, including wine. The consequences could be enormous.

Imagine Blockchain as a kind of torrent download technology that operates in reverse. Have you downloaded music or films using peer-to-peer (P2P) torrents? Legally of course! Then you might know that the download you receive isn’t from one central computer. Instead, the download consists of pieces of separate data sent to you from a decentralised network of computers. Assembly into a complete and usable file is by your software.

Currently, if you want to buy or sell anything, then there are several costly and lengthy stages to go through. Firstly, you need to find a trusted counterparty to buy from or sell to; then the trade requires agreement. Now payment happens. Afterwards, the transaction involves recording and reporting, say for accounting and tax.

But here’s the crux;  how do I trust a counterparty I don’t know? Or, if I know them, how infallible and trustworthy are they?

This issue is called counterparty risk. Intermediaries act as a reliable point between the buyer and the seller. That’s what Banks essentially are, or should be. In wine distribution, importers, bonded warehouses, merchants, transporters, auction houses, and retailers are all intermediaries. Each is a separate link in what can be a long chain between the winery and the consumer.

Every intermediary maintains a centralised ledger of the transactions they make. Each acts as the guarantor to both parties in the trade, and shows proof as necessary. Of course, the intermediary takes a nice little earner for its troubles. But the audit trail along the chain breaks readily because each transaction isn’t related to the previous one. Using Blockchain also changes the distribution chain by joining all deals up permanently.

In the Blockchain, computer networks compete to facilitate and verify any individual transaction for a fee. The winner adds a new block of data to the Blockchain. The system does this according to a set of pre-agreed rules, carried out by members of the network. They use specialist software and enormous computer processing power. The result is a secure decentralised ledger of all transactions. Now linked together unbreakably, there’s no single data owner or failure point.

Every ten minutes the winning miner creates a ‘block’ of all their verified transactions over the network. As each new block of these deals completes, it links to all the previous deal blocks, so extending the Blockchain.

Sophisticated cryptography and security ensure each block is digitally signed. Any attempt at alteration invalidates all previous entries, right back to the very first one.

Think of a brick wall. If you want to change a brick within the wall, you must remove all the brickwork above it first, or risk the wall collapsing. That makes every entry in the Blockchain extraordinarily tamper-proof and completely auditable. You would need to control the majority of the network computers and have immense computing power to alter it. And such tampering would be naturally and immediately visible. Over time, the wall is built higher and higher, making it even harder to undo.

The Blockchain is public and highly transparent because anyone with permission can see information on every transaction. Hence it transforms transaction verification, recording, reconciliation and reporting, and most importantly, consumer trust. And with high speed and security. It eliminates the risks of defaulting counterparties, contract issues, lost paper trails and frauds. You don’t need to use Bitcoin. Replacing people with Blockchain’s automation will result in massive cost reductions too. The opportunity for streamlining and increased profits in the name of efficiency will drive adoption.

In my opinion, these benefits mean that in future, those intermediaries without Blockchain will cease to exist.

The Blockchain will probably take off first in financial services. It’s where the investment in R&D is happening now, and there are no physical goods to track. Banks have realised they can dispense with costly administrative people, enhance security and transact indelibly at incredible speed.

But there’s no reason why the Blockchain would stop there. It will eventually affect every industry, including the wine trade. It just needs two parties that want to exchange goods, money and information.

If you think I’m overstating the case, then start with this report from the UK Government Chief Scientific Adviser. It also has more details for the tech-savvy. Governments are taking this development very seriously.

As with any new technology, there will doubtless be Blockchain applications yet unknown, some with unforeseen consequences. Just like the development of the Internet itself. But for the wine industry adopters, here are some examples of the potential Blockchain benefits.

At the top end

It applies to food too. Adulteration has been commonplace with Extra-Virgin Olive Oil, and you can read about that here.

Blockchain benefits Companies and Governments too

On their own, these examples of using Blockchain as the ultimate bullshit detector might not be enough to justify adoption. Fraudsters are always adept at finding new scams as well. So here’s two more benefits.

For me, the Blockchain is both an exciting and worrying development. But with every new technology; the question isn’t whether the technology is “right or wrong”. The real issues are, “what is the application of the technology?” And, “what are its consequences?”.

Regardless, the Blockchain will be coming for the wine industry and will change it radically.

Since I wrote this piece

This think-piece originates from my Blockchain research undertaken for the Financial Services Industry in 2015. I’ve translated it to the wine industry – the principles are the same.

You can follow my series of Blockchain pieces starting here.

Update 21 July 2017: This article is the first piece ever written about the Blockchain and wine by any wine writer. It’s now Number 1 on Google Search for Blockchain and Wine. It is the Zeitgeist.

Update 30 November 2017:  This article was shortlisted for the “Best Editorial/Opinion piece” in the Born Digital Wine Awards 2017. There were nearly 400 worldwide entries. Here are my thoughts on that.

Update 4 December 2017: I became the first person to speak about the Blockchain and the wine industry anywhere in the world, at the prestigious wine2wine conference in Verona. The revolution will not be centralised!

Following this thought-piece, I’ve now written a much-expanded mini-series about Blockchain and the wine industry. Take a look at that here.