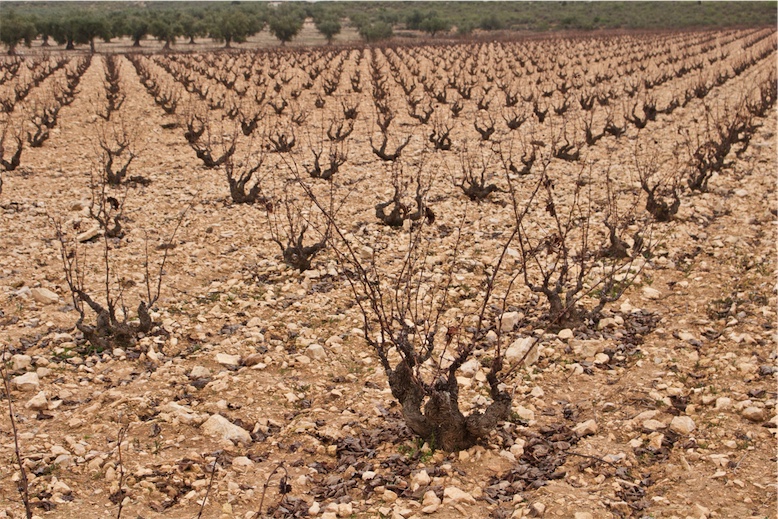 The Bonsai Vines of Pepe Mendoza

Alicante in Spain is now emerging as a high-quality wine region, led by winegrowers like Pepe Mendoza. Why is this happening now? Furthermore, how do his vines resemble Bonsai?

Mention Alicante, and we usually think of the Costa Blanca and Benidorm. That conjures vistas of beach resorts and second homes. All those ex-pats and tourists are lapping up the Mediterranean sun. Alicante is part of the Levante, so-called because it’s where the sun gets up in the morning. Meanwhile, Alicante isn’t famous for wine, even though it has been made there for thousands of years. But that’s changing.

First of all, the Alicante wine region extends inland from the lowland coast up into the high mountains, like neighbouring regions Utiel-Requena and València. The coast has that balmy Mediterranean climate. However, in the Sierra to the north-west near Villena things are far more extreme. High altitude brings cold nights and freezing winters, yet there is no respite from the summer heat. Only the dry winds from North Africa bring some afternoon relief from the relentless sun.

This land is, therefore, a dry semi-desert scrubland. It’s common to go eleven months without rain, only to receive the annual rainfall as a two-day deluge. Soils are poor, a mixture of sand and clay with a high rocky limestone content. Rivers are temporary. Consequently, it’s a harsh environment where access to water is always challenging. However, it also has precision winegrowing potential.

One of the advantages here is that aridity. It means there is little risk of fungal diseases. In the words of Pepe Mendoza, “organic farming here is standard.”  Another plus is that cold nights enable the vines to preserve acidity in the ripening grapes. That means the wines have a remarkable freshness. There’s vintage variation too. The harvests of 2010, 2011 and 2014 were particularly good. Not so in 2013, when there were snow and ice in September.

Consequently, this is a long way from the common perceptions that Alicante is only about sand, sun, and sangria. These beautiful mountains are only sixty kilometres from the beach and so only an hour away.

The Alicante wine tradition is to export vast amounts of low-cost wines. Local varieties such as Monastrell (a.k.a the French Mourvèdre), Bobal, and Garnacha made intensely coloured robust reds, while Moscatel made whites. Being Spain, you’ll also find the ubiquitous Tempranillo, but there is also a wealth of rarer local grapes such as red Mando and white Merseguera and Verdil, which are now making a comeback. More recently, international varieties have become widely planted.

Hence the big producers and co-operatives have long had the capability of producing different wines in every conceivable style to meet their customers’ price and quality specifications. It’s been a happy hunting ground for supermarkets! In past times, Alicante wines were used to beef up the weedier products from more Northern European climes too.

However, more recently there has been an emergence of fine wines from Alicante and its near neighbours València and Utiel-Requena. There are similarities in these developments to those other wine regions previously known only for bulk volume production. Sicily, the Languedoc and Murcia spring to mind.

Now there is an investment in new wine growing techniques and skills, a focus on the vineyard and indigenous grapes, and the search for terroir and identity. Alicante is becoming an exciting and confident wine area to visit, with some of the best value wines in Spain.

In Alicante’s journey to quality, Bodega Enrique Mendoza has become one of the leading wineries. It is a member of the Grandes Pagos d’España*, a private association of only 30 individual wineries that comprise some of the best producers from all over Spain. 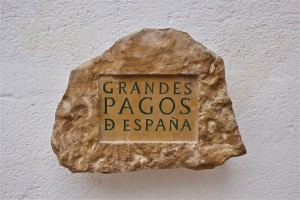 It began with Enrique Mendoza, a wine investor, who established the winery in 1989. It has a coastal site of 5 hectares at Alfaz del Pi for Moscatel and wine maturation, which is just ten minutes by car from Benidorm. However, the main vineyards of 80 ha are in the mountains near Villena at Finca El Chaconero. While Enrique owned old Monastrell vineyards at Villena, his route to quality was by planting international varieties such as Cabernet Sauvignon, Cabernet Franc, Merlot, Syrah, Petit Verdot, Chardonnay and Pinot Noir.

These international grapes quickly took the winery to recognition in Spain, particularly for a Bordeaux-style blend called Santa Rosa. But the next phase of the revolution came when Enrique retired, and his son Pepe Mendoza took over. He is professionally trained, widely travelled and hugely experienced.

His focus is different from his father’s because he champions the local varieties, especially Monastrell, which is particularly food-friendly. Of course, he continues to make excellent wines with those international varieties too.

I stood in these mountain vineyards at around 600 meters altitude on a freezing winter day. Then I could see why Pepe Mendoza refers to his Monastrell here as being grown like Bonsai. These stunted, low growing bush vines are  40-90 years old, with spindly trunks. They have become entirely adapted to the local conditions. Akin to a small iceberg, most of the plant is underground, with roots growing down up to seven metres into the barren earth in search of that elusive water. 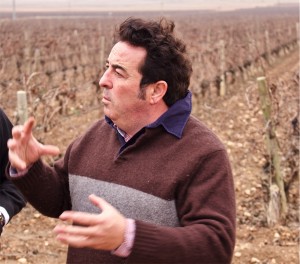 These vines are planted at a relatively high density for this region, with 1,500 plants per hectare. Putting that in perspective, Burgundy is often 10,000 plants per ha. It’s all down to the lack of water. Pepe Mendoza limits these dry-farmed vines to only 4-6 bunches of thick-skinned grapes per plant. The resulting yields are very low, but the quality is high.

The younger vineyards are cordon de royat wire-trained. Once again the vines are tiny, and even these are 25 years old. Pepe says that they will be much better in another ten years! Youth is clearly a relative concept in these parts. Pepe seems to have a deep communion with each of his vines. I wouldn’t have been surprised if had said that he had names for each and every plant.

Because the farming is organic, Pepe uses only natural compost. Preparations of cinnamon, dandelion and chamomile are sprayed against insects, while pheromone traps restrict an invasive grape moth.

The resultant wines display freshness, subtlety and balance, rather than an over-abundance of alcohol, harsh tannins and raisiny concentration.  While there are some reserva wines, most are released young. Alicante has no history of quality based on long ageing as happens in Rioja, and is all the better for it. “Here concentration is easy, but a balance is difficult,” said Pepe.

And after that, it was back to the Finca to thaw out and try his wines.

Back at the Finca

On arriving back at the Finca, a large fire was blazing away merrily in the cosy tasting room. As an extra treat, home-made venison and wild boar sausages griddled over the fire and crusty bread. Of course, these bocadillos were the perfect welcome on a bitterly cold day. Time for wine! 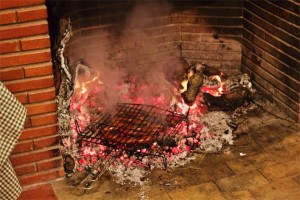 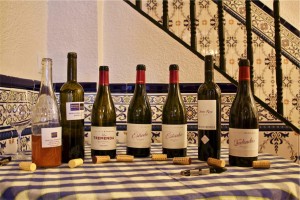 The first two wines are “radical, natural wines” made for the Mendoza family. They are not commercialised, although I hope they will be. They are no-sulphur and matured in traditional terracotta amphorae:

There is none of the earthy flavours, rustic tannins or monster alcohol that can plague inferior wines:

Now for the wine that first put this Bodega on the map:

Meeting Pepe Mendoza was memorable. He showed just how good Spanish hospitality, the Alicante region and Monastrell can be.

My personal thanks are also due to Mar Alonso of IVACE and Eladio Martin of PDO Alicante for organising the visit.

The UK importer is CandDwines. Consequently, I’m going to ask if they will bring more Monastrell wines into the UK.

Alicante is the first article in my trilogy of the Levantine wine regions. Find the other two here: Utiel-Requena, and València.

*Note. The Grandes Pagos de España isn’t the same as the similarly titled but controversial Vinos de Pago. The former is a private association. The latter is an official classification for individual wineries, ratified by some (but not all) Spanish wine regions.