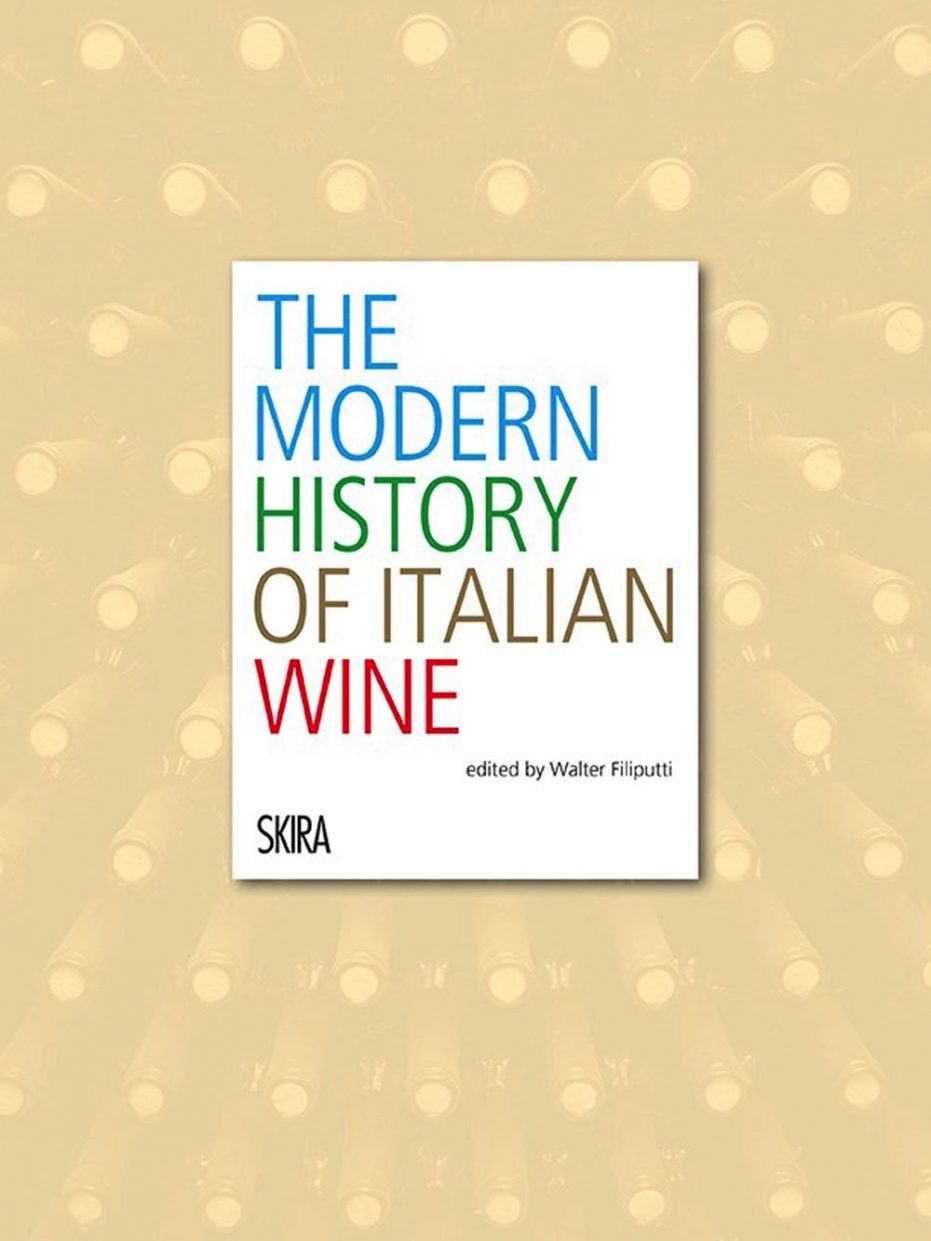 There has been a revolution in the quality and availability of Italian wines. It tentatively began in the ‘60s and ‘70s and continues unabated. Yet what was unclear until this book was all the reasons behind it. Their interplay led to the transformation of Italian wine. Hence, the Modern History of Italian Wine tells this story.

Today, it is hard to believe that Italian wine was such a backwards industry just a short time ago, without technology, investment or marketing. Mostly, winegrowing was still rustic share-cropping with no incentive to improve. There were a few outstanding wines, but these were known only by insiders and were not on the international stage. Instead, there was a vast sea of mediocrity. Economically, Italian wine was in crisis.

I recall working for Marks and Spencer’s in the mid-Eighties. The only Italian wine they stocked in most of their stores were one-litre bottles of “Italian Red” table wine. There was no clue to the grapes used or the region of production. It was awful; the only merit was that it was dirt cheap. At least it came in a glass bottle rather than a plastic one. At most, we knew (and avoided) bad examples of Lambrusco, Asti and Soave. We took those to parties and then drank beer. Chianti still came dressed in fiaschi, best used for table lamps. Good wine was French; it always had been and, at that time, looked like it always would be. Even the Italians thought that.

An example, take the first edition of the Wine Atlas by Hugh Johnson in 1971. It lumped Italy into a short chapter entitled “Southern and Eastern Europe and the Mediterranean”. Meanwhile, France got 72 pages for itself, with details of every region. That wasn’t because of blindness; it was because there was nothing to say. Fast forward to the present. The 6th Edition devotes 37 pages to Italy.

The journey to excellence has many strands. Examples include the discovery of local specificity and terroir – the sense of place. Now there are regulations on quality and frequent revisions to DOC, DOCG and IGT rules. There is increasing use of local (and rare) indigenous grapes as well as international varieties. The adoption of innovation and technology in vineyards and wineries was vital and often influenced by the New World. The development of skills, not just in winemaking but in business, risk-taking and competition, was needed. The result has been a massive uplift in quality and worldwide recognition.

Italy’s finest wines can now achieve stratospheric prices, and some have become “investment grade”. Many Italian wines are no longer cheap. They have also created new categories, such as Pinot Grigio and Prosecco. Not every wine is of good quality, but many now sit easily alongside the world’s best. The Wine Atlas 6th Edition now sports 35 pages about Italy.

It’s perhaps easy to look back on these developments with hindsight and declare these as self-evident. That’s especially so if you’re sitting down in the armchair with a glass of Amarone. But the journey from plonk to world-renowned excellence must have been long and arduous. The path can’t have been apparent at the time. Indeed, Angelo Gaja, the Barbaresco-meister, is quoted as saying, “to reach paradise, Italian wine had to pass through Hell.”

So this book fills the gap between what was and what is, comprehensively and arguably for the first time. It describes this journey in all its intricate twists and turns. In doing so, it tells a compelling story. It melds the experience of different producers and different regions into a coherent whole. With so many interwoven factors, that’s no mean feat.

The book divides into sections with clear timelines. It makes navigation easy, and each one has articles written by guest experts. Themes include innovation, oenology, research and science, international markets, heritage, food, sustainability, tourism and marketing. There’s an excellent review of the history of dreaded regulation and its usurpers. Sometimes the rules have helped and also hindered developments.

These forces have together created a virtuous circle where the winegrowers are the visionaries and the engine drivers. The farmers became entrepreneurs.

The section on geography is perhaps the heart of the book. There’s a who’s who of two hundred of the finest wineries grouped by region. Their rise and influence are charted decade by decade. If you have favourites, they will likely be there.

Most of the big themes are here. I’m disappointed that Franciacorta seems primarily overlooked – a plea for more depth in the next edition. It may only be small, but for me, it encapsulates the revolution in microcosm.

I was particularly pleased to see Burton Anderson (my Italian wine-writing hero, often imitated, never surpassed) credited as the first to shine a light on Italian wines. Nowadays, Italian wine has no lack of wine-writing friends (erm, including me), yet once it had none.

Indeed, the revolution has become a permanent one, as winegrowers and regions continually strive to improve. Even Italian wine labels now look penned by Bertone or Pininfarina. Think of the brio of the Ferrari 488 rather than a rusty Alfa Arna.

The book concludes with an excellent section on Italian winery architecture and design. Perhaps this is the boldest statement of success, ambition and the winegrowers philosophy. They’re the new Secular Cathedrals writ large.

The Italians are hardly alone in transforming their wines. Today, it’s going on all over the world. In Europe, the Languedoc, Spain and Portugal are replicating this model. Not that long ago, Australian and New Zealand (and English?) wines were the butts of a joke. Château Chunder is no more. Great wine is everywhere, so the only way to compete is to go on improving.

What’s next for Italian transformation that could go in the second edition of this history? Well, I’d love to see clearly defined Grand Cru and Premier Cru vineyards in Piemonte, Tuscany and the Veneto. A Burgundian model? That will probably never be politically feasible.

I would, however, like a section on Italian women in wine, though. No longer are they working in a man’s world, and indeed are some of the best winegrowers.

Perhaps most obviously, Climate Change is the big issue that will affect every region, and responses are emerging. For example, in Franciacorta, a return to Pergola training and the Erbamat grape’s inclusion are conscious innovations. How Italy deals with Climate Change will be critical. In this, they are not alone.

And the most outstanding Italian wine? There’s plenty of room for debate, but I believe it’s Tignanello. It didn’t just give Chianti a kick-start; it redefined what Italian wine could be.

The Modern History of Italian Wine is a beautifully produced hardback, with good English translation, thick white paper and colour photography throughout. It’s a pleasure to read and to learn.

This book has just won 1st Prize for “Best in the World” in the Gourmand World Wine Awards European wine book for 2017. Congratulations! And quite right too!

Another prize-winning book is Wine Production and Quality. See my review here.

If you’d like a recommendation for a contemporary Wine Encyclopedia, then try this one.