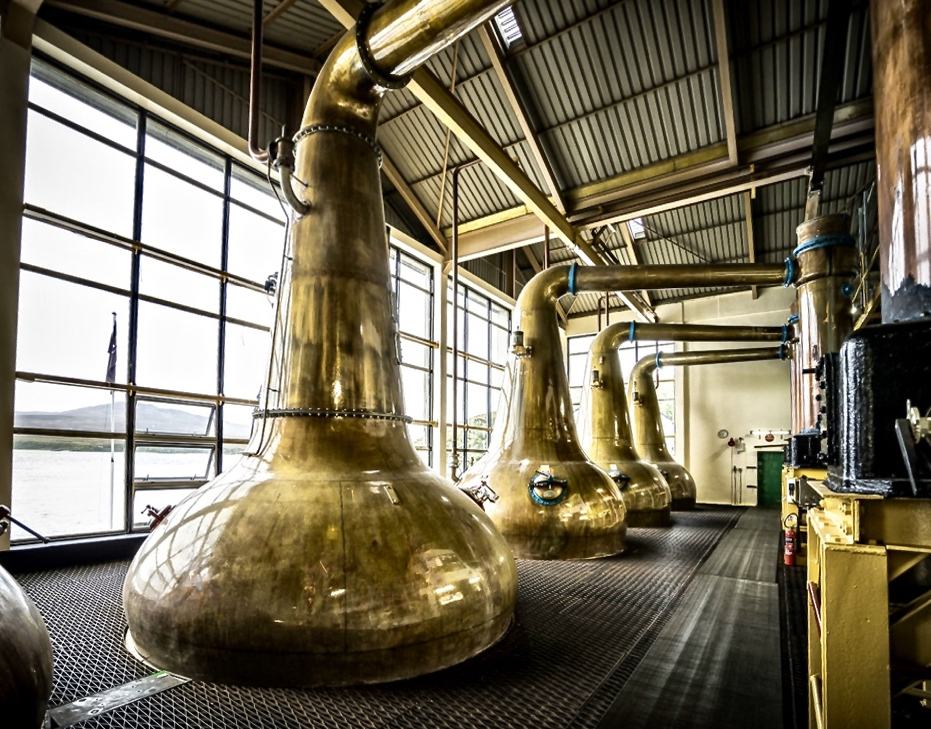 Pronounce Caol Ila as Cull-eela, Gaelic for the “Sound of Islay”. It’s the name of a distillery on the northeast coast of the Scottish island of Islay. Islay or eela, as the late Iain Banks once wrote, “does not rhyme with outlay”.

Islay has the distinction of being one of the five whisky regions, clearly different in style to all others. It’s about a pungent phenolic character, redolent of peat, iodine, smoke and seaweed. At the last count, Islay had only 3,228 inhabitants, yet there are nine distilleries in production, each offering a distinctive taste and particular sense of place.

The most well-known Islay whiskies are the southern-coast trio of Laphroaig, Lagavulin and Ardbeg. These are the most extreme expressions of the Islay style. Meanwhile, Bowmore, Bruichladdich, Bunnahabhain, and Kilchoman tend to be much lighter.

Stylistically, though peaty, Caol Ila lies somewhere between these two groups, so arguably offers the best of both worlds. Meanwhile, Ardnahoe was only opened last year, so there is not yet any whisky ready.  There were once other distilleries on the island, too, now lost apart from records and ruins.

When you disembark from the ferry at the small fishing town of Port Askaig, head north for about a mile to a small sheltered cove that overlooks the narrow sound separating the islands of Islay and Jura. Take a dram, sit and watch the inhabitants of the rocky shoreline from the pier – seals, otters and wading birds in abundance. There’s often a breeze blowing hard onshore. Over the narrow sound lays lonely Jura – once home to writer George Orwell – with their famous Paps rising spectacularly before you. Here is Caol Ila. There’s no prettier setting for a whisky distillery.

Caol Ila started up in 1846, near a source of pure water at Loch Nam Ban. The cove was ideal for importing supplies of coal, barley and empty casks by boat. In return, full casks of whisky were sent to Glasgow by Clyde Puffer steamboats. Much of this was destined to plump up blended Scotch whiskies such as Bell’s and Johnnie Walker. Buoyant demand meant that the distillery was rebuilt in an expanded form in 1972 and is the largest on Islay. While whisky is still sent for blending, it is the single malts that are sought out today. These days it’s owned by Diageo.

From the outside, the distillery looks purposeful rather than picturesque, in contrast to the stunning location. As is the vernacular in these parts, it has white walls and a black roof, the distillery name in giant black letters. Inside are six beautiful copper stills responsible for some three million litres of spirit per year. The onion shape of the stills is a major factor in shaping the final distillate, and every distillery has its unique design. This is so important that when Caol Ila expanded, it painstakingly made copies of the two original stills to ensure that their spirit wouldn’t change. 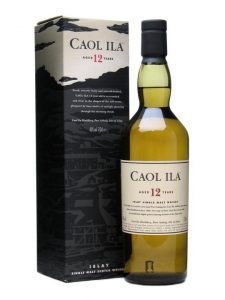 Until a few years ago, there was just one official Caol Ila bottling, but as single malts rose in popularity, there are now several different ages and expressions available. Featured here is their mainstay, the 12-year-old.

A pale harvest-straw colour, on the nose, there are toasty, iodine, medicinal, peaty and slightly fruity notes. The palate is certainly gentler than the really aggressive phenolic heavyweights. Mind you, it’s still an assertive and powerful dram, but nicely balanced.

In texture, it’s rather oily; the first impression is iodine and peat. Adding a splash of water reveals an extra element of complexity – tastes of olives and almonds appear. The initial sweetness on the palate wears off to leave a long dry finish, where smoke appears and mingles with peat. Overall, it’s a drink redolent of briny sea air and seaweed with a freshness like standing in the strong onshore breeze at Caol Ila itself.

Caol Ila is perhaps a less well-known name than some of its Islay compatriots but makes for a great introduction to the Islay style. As it is Islay’s biggest producer, it’s also widely available. I bought my bottle of 12yo from Waitrose for £38.00

PS: I like mine with a splash of water and no ice, and with Tapenade on toast, smoked olives and smoked mussels.

PPS: If you ever plan to visit Islay and go to all the Distilleries (a highly recommended activity), then I’d start at Caol Ila and work around the island from there.

What better way to celebrate World Whisky Day? It’s on the third Saturday of May each year. So in 2020, that’s 16 May. A good excuse, should you need one.

If you’d like some more whisky recommendations, try here.