Brunello is one of Italy’s most prestigious wines and aspires to be the ultimate expression of Sangiovese. This DOCG, centred on the hill town of Montalcino, hosts considerable natural variation; in elevation, soil and aspects. Brunello’s stylistic hallmark is based upon long-maturation and subsequent longevity. In recent times, some producers have made a move toward shortening maturation times, resulting in fresher wines. However, Brunello commands ultra-premium prices, and many producers make it in different styles. Fame means high expectations but also potentially costly disappointments. Want to find your handsome prince without first kissing a lot of frogs? Try Casisano. 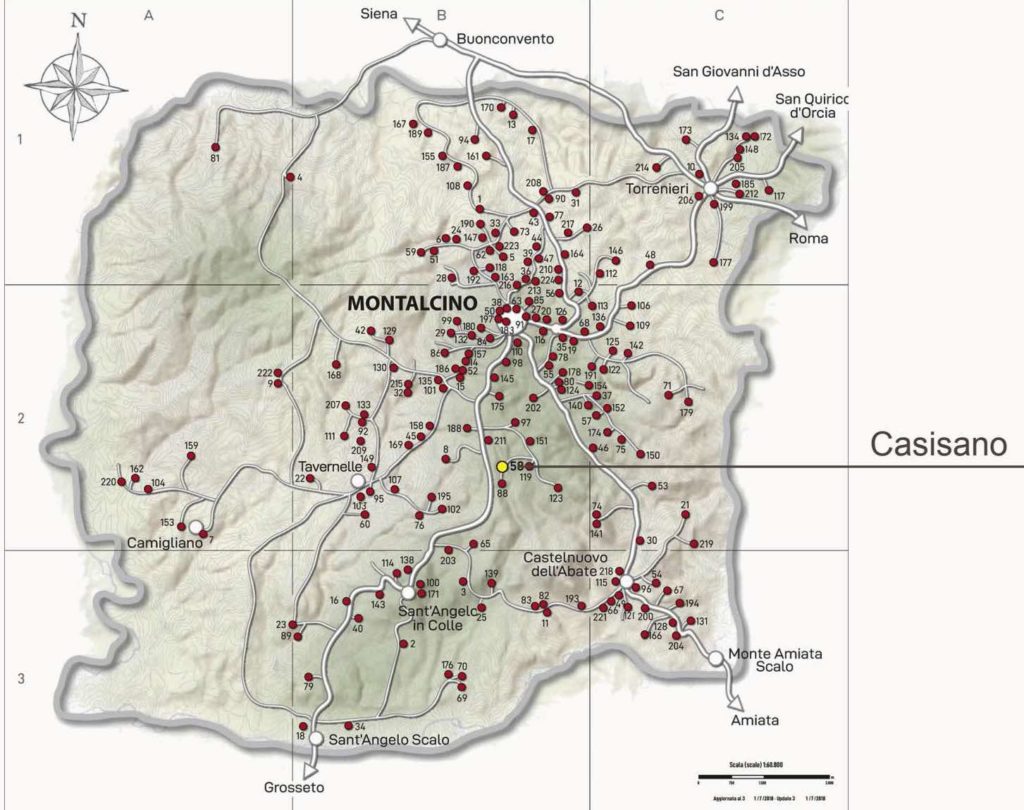 Podere Casisano-Colombaiolo (as it was once known) was renovated in 1990 when bought by the Ciarpella family. Possessing many ancient vines at high altitudes on the slopes south of Montalcino, it swiftly became a rising star and adopted organic methods in 1996.

However, in March 2015,  the famous Tommasi family acquired the estate, shortening the name to Podere Casisano. There are 22 hectares of vines on this 53-hectare estate, interspersed with natural woodland.

There are two Brunello wines made. The Riserva is called Colombaiolo and is from the highest single-vineyard. However, the more representative wine on which the estate’s reputation rests is the eponymous Casisano.

The Tommasi family is well-known worldwide for their excellent Veneto wines, such as Amarone and Valpolicella. However, in recent years the family has expanded its expertise and ambition by embracing other areas of Italy. They now own eight wineries in six regions*, with Casisano being one of two in Tuscany. 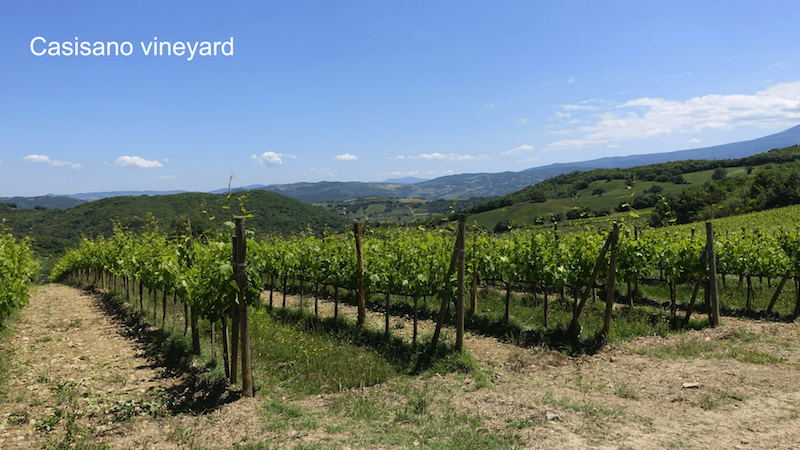 In the Brunello DOCG, altitude brings relatively cooler temperatures, diurnal variation and drying breezes, which helps keep the vines healthy, preserves fresh acidity and contributes to longevity. Consequently, height is a much-prized attribute. The low-yielding vineyards earmarked for Casisano are some of the highest in the DOCG, occupying a natural terrace at 480 metres.

Such are the advantages of altitude in these days of Climate Change that the DOCG removed the previous maximum height of 600 metres in 2015. Meanwhile, these vines also benefit from their sunny south-east aspect and classic galestro (clay-schist) soils. In short, the growing conditions here are perfect for the Sangiovese Grosso biotype, now most famously known as Brunello.

Moreover, these factors are enhanced by a great year, in this case, 2016, when a prolonged dry harvest ended in mid-October. Hence the perfectly ripe grapes came from Tommasi’s first full year of ownership. To this, they added their expertise in precision vinification. 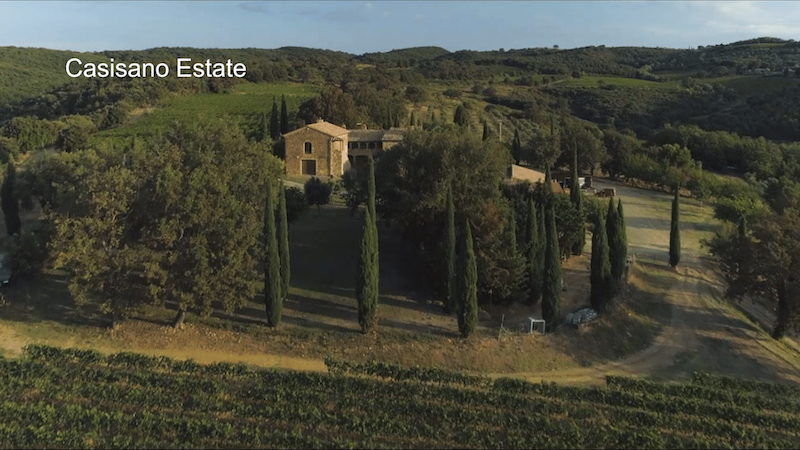 The grapes are hand-picked and macerated for 25 days on their skins to extract colour and tannin before the fermentation using natural yeasts in a mix of stainless steel tanks and conical wooden vats. Then follows maturation in old and inert Slavonian oak casks for 36 months before blending and a final six months of rest in the bottle before release.

No French barriques or new oak influence Casisano, so the wine is an expression unmarked by oak flavours or wood tannins, allowing the fruit and terroir to shine.

Neither does Tommasi impose a Venetian winemaking regime. Instead, the philosophy is to respect local Tuscan tradition and always aim for finesse and harmony in the final wine. As Pierangelo Tommasi says, “trends come and go, but elegance never goes out of style”.

An intense ruby colour invites you to discover elegance, balance, and lightness. There are full aromas; redcurrant, morello cherry, and that hint of tea/bergamot and violets, scents that make this Brunello compelling.

It feels slightly less than the stated 14% alcohol on the palate, probably a rounded-up figure. Meanwhile, the juicy acidity makes it refreshing and dangerously easy to drink. Its youth means that the primary fruit flavours are to the fore, while the smooth tannins impart a rare grace and persistency. Meanwhile, a meaty undertow and iron-like minerality bring a more-ish complexity. Hence the choice is yours: drink now for fruit and vibrancy, or keep another 3-5 years (or more) for a mellower and more complex wine.

Food-wise, the classic pairing of Brunello is with beef, ranging from Carpaccio to Oxtail, a Sunday joint or Steak. However, it’s also brilliant with Lamb Henry as the acidity razors through the fat, the tannins meld with the meat, and the fruit complements the flavour.

Tommasi proves with this wine that their wine-growing experience translates easily from Veneto to Tuscany. Casisano is an excellent way to discover the heady world of Brunello di Montalcino and will also undoubtedly please the seasoned Brunello hunter. You won’t find the Tommasi name on the attractive front label, as Casisano stands up for itself. But look closely at the back label, and you’ll see their name shown. Trust Tommasi to deliver!

PS: There’s also an update to the previous reviews of Tommasi’s Amarone and Le Fornaci Lugana wines to include newer vintages.

*Breaking News: as this piece was being finalised, Tommasi announced that they have bought another wine estate, this time in Sicily, on the northern slopes of Mount Etna, at Linguaglossa. It’ll be exciting to see Nerello Mascalese in their portfolio!