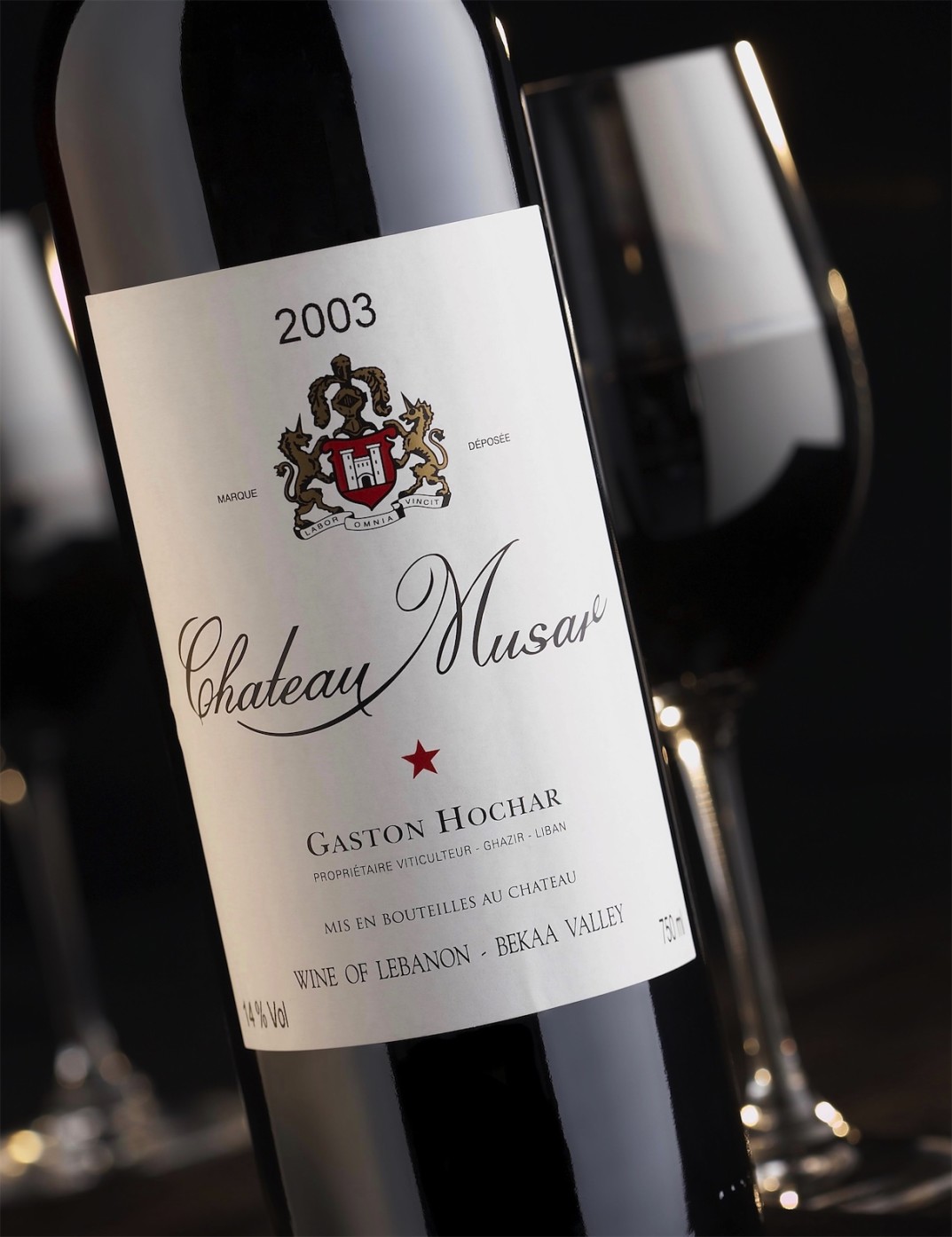 They say that any self-respecting wine writer should have an article on Chateau Musar, the legendary wine from Lebanon. So here’s mine.

Winemaking in Lebanon possibly started as far back as 7,000 BC, in Canaan and Phoenicia’s Biblical countries, lands of milk and honey. Phoenicians traded Lebanese wines around the Mediterranean, and then so did the Romans. Later on, Venetian merchants considered them highly prized.

In 1857, Chateau Ksara planted Cinsault vines, so heralding the modern era. French colonial control until Lebanese independence in 1943 left a lasting influence on Lebanese wine culture, during which time Beirut became the Paris of the Middle East.

Lebanon’s borders are with Syria and Israel. That tells you all you need to know about a legacy of violence and destruction. This Mediterranean country is sadly better known for the fortitude of its people than for its extraordinary beauty. 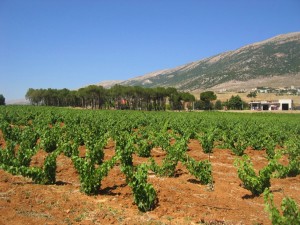 The blight of wars has restricted but not deterred winemaking. Quantities are small, but quality excellent. There are some 120 producers and 35 wineries, mostly in the Bekaa Valley. They make white, rosé and red wines, dessert wines and the fiery Arak. Wines from Chateau Musar, Kafraya, Massaya, Ksara, Tourelles, Wardy and others are available in the UK.

Chateau Musar is the most venerated, featuring many listings of the world’s top wineries and restaurants. Indeed in the UK, Musar is synonymous with Lebanese wine. Founded in 1930 by the Hochar (pronounced Hoshar) family, it has a remarkable story.

Due to the conflicts, it is miraculous that Chateau Musar has made wine every year apart from 1976. That’s a testament to resilience in the face of war and terror. Taking grapes across battle lines is all in a day’s work. The winery suffered direct hits from shelling, there were Tanks in the vineyards, and its cellars are proven air-raid shelters.

The head of the family and the man responsible for its rise to fame was Serge Hochar, who took over in 1959 after training in Bordeaux and presided over it until he died in 2014. His legacy continues today with sons Gaston and Marc, brother Ronald and nephew Ralph.

Chateau Musar Red only reached British shores in 1979, when its debut caused a sensation. Afterwards, it remained the only Lebanese wine available in Britain for nearly 20 years. During that time Chateau Musar Red developed a devoted cult following, which has spread around the world.

The cult of Musar

It’s highly distinctive, nay unique, and varies wildly every year. It also remains modestly priced despite its worldwide success. Even old vintages are available, and those are easy to find and stay affordable. But perhaps the key to cult success is its variability; not in quality, but style. There is always something new to discover, no matter how many times you meet it.

While Chateau Musar is most famous for its red, it also makes a white and rosé wine of similar stature. Now there are others. There’s a “second label” red called Hochar Pére et Fils. In 2006, Musar brought out an entry-level range of young red, white and rosé wines designed for immediate drinking, called Jeune.

Some try to pigeonhole the red Chateau Musar as if it were from Bordeaux, the Rhône or some other Southern French region. Some describe it as Claret-with-an-edge, while occasionally there can even be something Burgundian about it. The reality is that it has French influences, but it’s a wine, unlike any other. Chateau Musar Red is an organically certified blend made with French grape varieties; 50-80% Cabernet Sauvignon, plus Cinsault and Carignan, added in various amounts according to the harvest year.

Serge described it as “the Cabernet is the skeleton; the Carignan is the flesh and muscles, Cinsault the smooth skin.”  Occasionally he added a little Grenache, Syrah, Mourvèdre or even Merlot to the mix, though what body parts Serge thought those might represent isn’t known. Serge Hochar’s winemaking philosophy was to let each wine develop its vintage expression over many years, with minimal intervention, ambient yeasts, little sulphur, and no fining or filtering.

Why is Chateau Musar so instantly recognisable despite its variation? Technically, it has high Volatile Acidity levels, or VA, the whiff of nail polish or acetone and a meaty, savoury taste. While most wines will have some measurable VA, it is usually at levels below human perception. When present in higher concentrations, it usually indicates an unwelcome fault, as in most cases, it means that oxygen and bacteria are starting to turn the wine to vinegar.

Musar, VA is an essential component, though it seems to have reduced in recent years. Fortunately, Musar also has the body, tannins, fruit concentration and alcohol to cope. Serge Hochar actively encouraged VA,  helped by the inevitable oxidation from the need to transport the grapes some thirty miles from his Bekaa Valley vineyards to his winery at Ghazir, near Beirut.

In short, this has always been a controversial wine that polarises critical opinion. It’s a Marmite wine, in that you’ll either love it or hate it. Serge Hochar’s view was unequivocal; “the harmony of nature is better than anything we could ever create. I believe it should be a priority to seek to drink what is ‘true’ rather than what is ‘good.’ I once produced a technically perfect wine, but it lacked the charms of imperfection.” Treats there are many, but one thing is sure, you’ll always remember the first time you try it.

All this makes the comparison of several vintages of Chateau Musar a frequent pastime. In wine terminology, this is called a “vertical” tasting. Amongst friends it’s much more fun than that, it’s called a Musarathon. There is probably one going on somewhere in the world right now, where each friend brings along a different vintage. I have either participated or organised several of these, so clearly I’m a fan and never tire of it, always finding something new or unexpected.

A red and white Musarathon. Time for another!

The wines spend 12-15 months in French oak before blending and ageing for another three years. After bottling the wine then spends another 3-4 years at Musar before release. Hence, it is seven or more years old when it reaches the market. Serge Hochar believed these wines need long ageing to be at their best, so they do it for you. Although this means Chateau Musar Red is ready to drink on release, it will go on developing and changing over another 10-15 years or more. Decanting from sediment is always essential. Open an hour before serving unless the bottle is ancient.

Even more bonkers than the red. A blend of two indigenous Lebanese grapes, Obaideh and Merwah. Obaideh may be an ancient ancestor of Chardonnay, and Merwah, an ancestor of Sémillon. Maybe both came to Europe with returning Crusaders*. A hugely characterful dry white wine, a dark yellow colour with relatively low acidity. Unusually for white wine, it has tannins and some oxidation. Partly fermented in French oak and not released until six or seven years old, capable of developing for 40+ years. Pastry, apricot, pears, butterscotch and nuts. It bears a passing resemblance to traditional White Rioja. Best decanted well in advance. Do not overchill or drink without food. Paté, Foie gras or spicy foods are suitable matches. Of course, a Marmite wine, so if you don’t like it, I’ll have yours.

The little-brother red with a flavour of Chateau Musar, at around half the price. A similar mix of red grapes. These are from a single vineyard, but there’s no oak fermentation and much less maturation. Spicy and fruity in youth, leather and thyme appear with cigar box notes as it ages. Decant it as there will be sediment. Fully ready when released, but it can age further.

Jeune consists of three wines, a red, rosé and a white. They are designed for immediate drinking, and so represent quite a different Musar style. There’s no oak maturation or long ageing here, and they are all about retaining fresh fruit character and aromas in a crisp, modern style. The red is a blend of Cinsault, Syrah and Cabernet Sauvignon. The rosé is all Cinsault, and the white comes from new plantings of  Vermentino, Viognier and Chardonnay in equal measure. All are well-made and will easily pair with a vast range of international cuisines. They lack that idiosyncrasy that the more “serious” wines have in spades. Nonetheless, all three are recommendations.

I’m hardly the first to write about the inspiring story of Chateau Musar and Lebanon. I certainly won’t be the last. Musar shows a different side to Lebanon portrayed by the newspaper headlines. As Serge Hochar said, “wine is above politics, wine is tolerance.” Amen to that.

Why not hold your own Musarathon and join the cult? If you try these wines, then let me know what you think.

* These origins are disputed and so far unproven

Update 2020: More on Musar can is in this new book, Chateau Musar, the story of a wine icon. If you buy it directly from them online at £30.00, then £5 of the cover price will help the 2020 Beirut explosion victims. Also, Musar will match another £5, so £10 in total. Alternatively, there’s more on Musar in this book by Jane Anson.

Plus, find out more about why Domaine des Tourelles Cinsault Vieilles Vignes was my WOTY 2020.