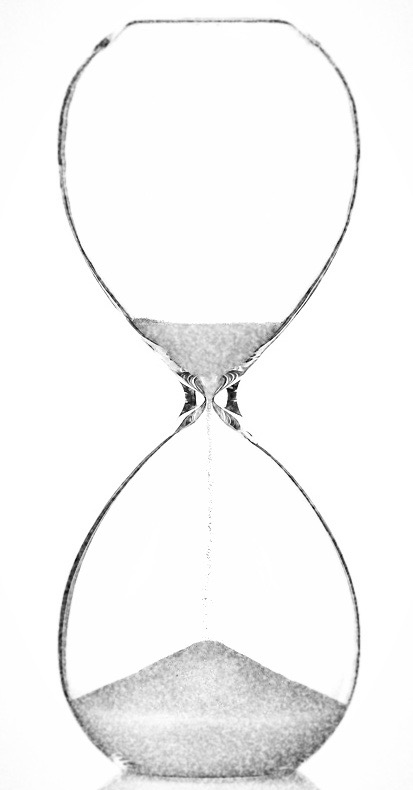 Climate Emergency: Inaction will not be my Epitaph

We all face an urgent climate emergency. Hard science tells us we have just twelve years left to modify our behaviours or face total catastrophe. The world’s leading climate scientists have again given us a stark warning. In a newly published United Nations IPCC report, these dozen years are now critical to keep global warming at a maximum of 1.5°C. Though we have not even reached that figure yet (we are at +1°C), the changes already unleashed paint a terrifying picture of the future for us all. Extreme weather events such as drought, flood, heat and storms are becoming more frequent. In turn, we are creating famines, disease epidemics and mass extinctions.

Any increase beyond that 1.5°C will generate poverty, starvation and mass migration. Hence it also increases the risk of significant wars over meagre resources affecting billions of people. There is no escaping this tightening net, wherever you live or however rich you are. We have nowhere else to go. Our fragile civilisations will collapse, and humankind could quickly extinguish itself if we don’t act now. Indeed, the famous Doomsday Clock is now at 100 seconds to midnight, the worst it’s ever been since its creation in 1947.

Pushing through the market square
So many mothers sighing
News had just come over
We had five years left to cry in.

How much must we suffer?

We’ve known for decades, and the evidence is everywhere. My entire life bears witness to environmental destruction. An essential book, Rachel Carson’s Silent Spring, was published back in 1962, while Greenpeace became established in 1971. Meanwhile, I grew up with those beautiful David Attenborough documentaries, which revealed the Earth and nature in all its glory and showed that we are part of it, not separate from it. With so much now either critically endangered or already gone, I can no longer bear to watch.

Studies, books and films are legion. When I took my Geography degree (now over 40 years ago), climate change was on the curriculum. Despite this, there’s a stream of failed climate agreements, given only lip service. Talk is cheap, and now Australia lies in ashes. The Victoria Falls are dry. Rainforests gone. Greenland and Antarctica are melting, and the oceans are rising. When even firms like JP Morgan produce reports documenting the risks and outcomes from climate change (JP Morgan Report 2020), you know we’re in trouble. What does it take to wake up and change?

News guy wept and told us
Earth was really dying
Cried so much his face was wet
Then I knew he was not lying.

Inaction will not be my Epitaph. 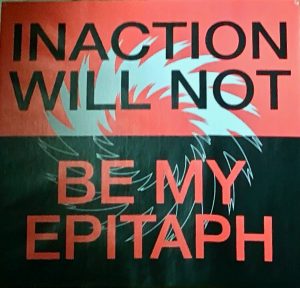 Climate Emergency: Inaction will not be my Epitaph

My natural lifespan probably means I won’t be around to see the worst outcomes if we don’t take positive action. But that doesn’t mean apathy on my part.

We have bequeathed our children a heavy burden. What will they inherit from us? Greta Thunberg and fellow teenage climate strikers inspire millions of people, including me. No one is too small to make a difference. It’s time to fight. Inaction will not be my epitaph.

I heard telephones, opera house, favourite melodies,
I saw boys, toys, electric irons and TV’s
My brain hurt like a warehouse,
It had no room to spare
I had to cram so many things,
To store everything in there.

I shall continue to do what I can, even though it often feels overwhelming. The news is terrible, but there is hope – please take a look at a film called 2040, made by the Regeneration movement, which is motivational.  But I’m not writing to proselytise, convert or humblebrag. Instead, let’s acknowledge that we’re all in this together and we’re all part of the problem. Call me a snowflake; many already have, but please remember that a million snowflakes make a blizzard.

And while climate change may finally be at the top of the list, governments, companies, the media and their acolytes remain in denial or refuse to engage. Stating carbon neutrality by 2050 is a convenient slogan, implying action but achieving nothing. By 2050 it will be much, much too late. We will not be saved by the kakistocracies and those that benefit from the status quo. Neither will salvation come from some magic technology not yet invented by that arrives in the nick of time. It’s no longer climate change. It’s a climate emergency. The protest is growing, and I support Greenpeace and Friends of the Earth.

I think I saw you in an ice-cream parlour,
Drinking milkshakes cold and long.
Smiling and waving and looking so fine,
Don’t think you knew you were in this song.

Sometimes it all seems too complicated, too big, too complex; but the core issue is straightforward. We must cut carbon dioxide emissions radically, yet they are still increasing. Reducing emissions stops the heating and avoids a runaway greenhouse effect.  Otherwise, this planet will soon end up like Venus.  Yes, there are lots of other human-created environmental problems like plastics and waste to tackle urgently but stopping emissions is the priority. And we can do this today, with technologies that already exist and by adapting our behaviours.

So the solution is simple: reduce the burning of fossil fuels, especially oil. Oil is a drug, and we are all addicts. More addictive and lethal than heroin, fentanyl, or crystal meth. Every drug needs a wealthy manufacturer and a network of pushers to control the distribution, protect supplies and generate even more wealth for investors. Hence, governments, oil companies and banks lie at the heart of the climate problem. It’s not in their interest to change. Turkeys don’t vote for Christmas.

Stopping the burning of fossil fuels in it’s entirely is utopian, an unrealistic aim. However, we can reduce our dependency by stop rewarding drug manufacturers and their dealers.

Five years
That’s all we’ve got.*

Every day matters now, that is, if you care about a tomorrow. Please, listen to the children and science. Please join in – and bequeath them a real future.