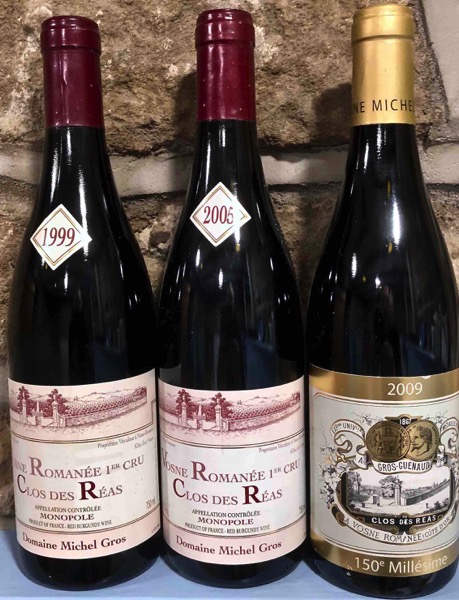 Clos des Réas and the Best Birthday Present. Ever!

What’s the best birthday present you’ve ever had? I’ll tell you mine. It wasn’t apparent at the time, yet looking back, it acted as a catalyst for my wine life’s subsequent direction. Many years ago, there was a red Burgundy wine tasting in London hosted by Clive Coates MW. I was given a ticket to this as a present, and it took place on my Birthday. The event was to taste a vertical of fourteen vintages of  Clos des Réas from 1985 to 2000. 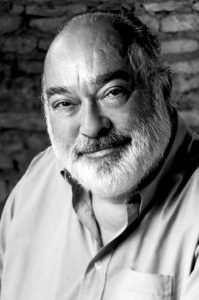 Thanks to this tasting, Clos des Réas became one of my favourite wines, and to this day, it still is. Besides, I subsequently got to see Clos des Réas and meet Michel Gros, owner and winemaker. It would undoubtedly be one of my Desert Island wines, my only lamentation being the stratospheric prices that Burgundy now commands.

Sadly, Clive’s path and mine have never crossed again. This tasting event was the last one ever held at his house in London because shortly afterwards, he moved to Burgundy. Clive published ‘The Vine’ for 20 years between 1984-2005 and is one of the great Burgundy and Bordeaux authorities. Though now in semi-retirement, his website is still a great read. Below is my original article about this tasting on a cold winter night in 2003. It’s virtually unchanged apart from some grammatical improvements.

This tasting was held by Clive Coates MW at his home in Turnham Green, Chiswick, London, in December 2003. “Vosne-Romanée is the greatest Pinot Noir on Earth,” said Clive. Vosne-Romanée, arguably the most extraordinary wine village anywhere, has six Grand Cru appellations, including Domaine de la Romanée-Conti. It also has a further eleven Premier Cru, including Clos des Réas.

Clos des Réas is a 2.12 hectare triangular walled Clos that has belonged to the Gros family since 1860. Despite complicated inheritance laws, the family have ensured that this vineyard has been kept intact as a Monopole*. Michel Gros made his first vintage of it in 1975, and the Clos has been solely his since 1996. It’s regularly viewed as one of the better Premiers Cru, producing Pinot Noir’s expression with “very pure fragrance at its most elegant”.

The Clos is on the south side of Vosne-Romanée, just below the Grand Cru of La Tache. The walls protect the vines from the wind and retain warmth, so they ripen 2-3 days earlier than adjoining vineyards. The Pinot Noir vines are 5 – 50 years old, a mix of clones and selection massale. The slope inclines only 3-4% within the Clos, so there is little water runoff erosion. It may be flat, but the soil is very stony, so there is rapid drainage. Michel Gros believes that drainage is the key to this terroir. The vines are never waterlogged and send their roots deep. There is also low soil humidity, so reducing the risk of fungal diseases.

The high walls around the Clos look ancient but are perhaps a mere 200 years old. Michel Gros thinks that they are from when the Monopole was first created in the nineteenth century, rather than Monastic.

Viticulture: As is common in Burgundy, the vines grow at high density, 10,000 per hectare. Michel Gros prunes these short, leaving few buds, deliberately limiting yields at the outset of the vinous year rather than green harvest in summer. Those yields are typically only 30-35 hl/ha.

Vinification: The grape bunches are hand-picked and de-stemmed. Fermentation is in epoxy-lined cement vats at around 32°C for 10-12 days. There is no fashionable cold maceration before fermentation; Gros is not looking for extraction or power. Instead, fermentation employs selected yeasts for reliability, with pumping over and punching down twice per day.  According to the specific vintage conditions, maturation is 18 months in oak, using 50% – 80% new oak (with a high toast). The wine is bottled unfiltered, with egg white used for fining.

High toast oak is the house style to prevent green wood tannins from marking the wine. Most of the barrels are locally sourced from Tonnellerie Rousseau at Couchey, near Marsannay. 28-30 228 litre capacity casks each year in volume terms, implying some 9,100 bottles.

Darker than 2000, richer colour, still purple on the rim, youthful. Intense and delicate perfume, a bit closed; violets, oak, red cherry fruit. More robust on the palate, more alcohol, acidity and lots of tannins but balanced out by plenty of fruit. A tannic grip. I went back to this at the end, had opened up in the glass. Lot’s of development seems possible. Very good in a great vintage. Please don’t touch it! 2010-2030

The colour shows the first signs of development-brown tinge appearing at the rim. Nose dumber initially did open up in the glass, beginning of farmyard aromas, quite spicy, plenty of acidities, lot of backbone, cherry fruit and length. Suffers a little when compared to 1999. Better than in 2000. 2008-2020.

Lighter than 1998, more browning, quite marked at the rim, some maturity. Full farmyard nose. Palate disappointing in comparison, not much fruit yet tannins still firm. Hot vintage wine has developed quickly. Drink now-2008.

In contrast to 1995 below is marked. Development again like 1997, closed nose, some farmyard. High acidity. Initially wondered where the fruit was, needed time in the glass. It took a while to open up, then plenty there, but a bit lean for me. 2006-2026.

Very good, given the awful vintage. Looks younger than 1995. There was not much fruit on the nose, a bit of leather/gamey character, softened tannins, and shortish length, but I enjoyed this one. Drink now to 2010.

Small concentrated crop. Initially austere and tight, reviewed wrongly by Parker. Delicious! Darker than most, more colour and extract, broad rim shows some ageing, not as much as 94 or 95. Perfumed nose, real complexity here, violets again, farmyard aroma and cherry. Full-bodied, very spicy, superb concentration. I preferred this to universally liked 96. It may rank slightly behind 1999, but lovely. Drinking now, but another year or two won’t hurt. 2004-2025.

Quite a dumb nose. (Clive called it “diffuse”). There’s no fruit left, just spice and vanilla with acidity. It hasn’t lasted, being from an indifferent vintage. Drink Up, the least interesting wine on the night.

Delicious, and so I swallowed! A deeper colour than 92, more like the 93 or 94. Big perfumed nose, “chestnuts roasting on an open fire”…very silky mouthfeel, balanced, very long length. All elegance and finesse. Again denigrated by Parker and was gawky when young. Now to 2011

Now very brown, extending right back to the core, really mature. The nose is all aged Pinot, farmyards, complexity, leather, spice, gamey, mushrooms and compost. I love it (I did) or hate it.  Delicious palate. Lots of acids, cherry fruit still there, the structure too. Drinking now-2010, but why wait any longer?

Except for arguably 1992, these wines were all of consistently very high quality. They were also a good barometer of vintage variation in Burgundy. Once again, they also prove that great producers make good wine regardless of the annual vintage conditions. Without massive extraction or intrusive oak, these wines are balanced, quite “feminine” for a Cotes de Nuits and not designed for early drinking – even lighter years deserve five years in bottle.  My wine of the night? 1990 by the slimmest of margins.

With hindsight, I can say that this tasting was my best birthday present ever. Indeed, it’s the present that keeps on giving. I still taste Clos de Réas every year, resisting the temptation to add subsequent vintage years onto the above review, even with the likes of 2005, 09, 10 and 15.  That’s because these wines represent a snapshot of a singular time.

I also learnt a lot that night, about Burgundy naturally, but also about presentations. Afterwards, I knew that writing and communicating really was what I wanted to do. I also realised that a lack of self-belief had held me back up to that point. That night Clive showed me the value of having your own convictions. Here’s to you, Clive!

*A Monopole is a Burgundian term where one climat has but one owner. Hence it’s a rarity, given that French inheritance laws consider the entire family, including children, so often lead to property subdivision between many inheritors.