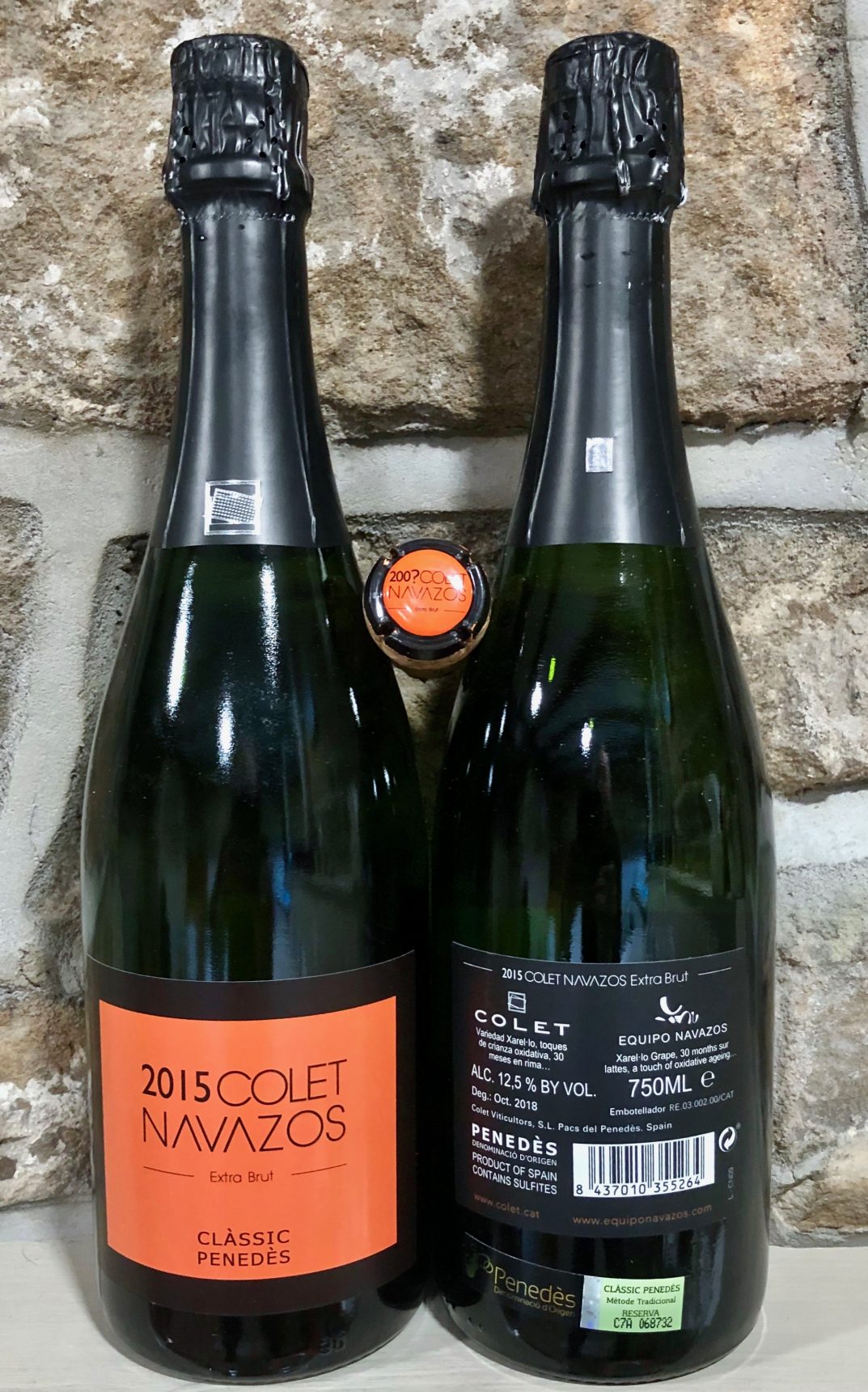 Regular readers will know of my love of Sparkling wine and Sherry. They are two unique wine styles with entirely different origins. Two methods defined by their complicated production and maturation processes. They couldn’t be more different from one another. Poles apart, you might say. But what if someone was bonkers enough to combine them? How would it taste? Well, thanks to a Spanish joint venture between the Colet winery and Equipo Navazos, that’s what happened, and the result is stunning.

You may know that I don’t award scores outside formal wine judging, but this fizz certainly gets 100 points for originality and isn’t far behind in brilliance either. But first, who are these people?

Equipo Navazos began in 2005 when three sherry lovers realised that there were fantastic stocks of old sherry hidden away in the bodegas of Jerez. They started buying specific old sherry butts and bottling them, first for their own consumption, but in 2007 offered them for sale. The reception awarded to these rare old discoveries has been astounding and has rejuvenated the sherry market. Navazos then formed partnerships with other wineries and distillers, including Colet.

The Colet winery is an organic sparkling wine specialist in the heart of Penedès in Catalonia, with 24 hectares of vineyards. They are no longer members of the Cava DO, but neither are they members of the Corpinnat breakaway either. They go their own way, with their wines being Clàssic Penedès DO.

Navazos select the sherry from the bodegas in Jerez, in the south-west of Spain, and ship it to Colet in Catalonia in the north-east of Spain. Then the magic happens.

Recognisable by its orange label, this Reserva is made by Colet using the traditional method from 100% of old-vine Xarel-lo, given 30 months bottle maturation on the lees. So, for example, this 2015 vintage was disgorged in October 2018.

Disgorging is the usual way of expelling the used yeast from the bottle, leaving the wine pristine. At this point, the bottle is topped up with what is known as the liqueur d’expedition and corked up. This topping up uses a small amount of the same wine, usually with a small amount of additional dissolved sugar (the dosage).

That sugar balances the wine’s acidity and creates the desired final style (ranging from bone-dry Extra Brut right through to sweet demi-sec). Here then, is the clever bit. Instead of additional sugar, the dosage contains a small amount of bone-dry sherry. In this case, it’s either Palo Cortado or Amontillado.

As a further bonus, because no extra sugar is needed, neither is any more sulphur required as a preservative. There are just 1,500 bottles released each year.

The result is delightful and subtle; a wine with rare precision. Lightly golden, there are long streams of tiny bubbles, always a hallmark of high-quality fizz. Aromas and flavours are both subtle and complex. You’ll find pastry, minerals and quince from the Xarel-lo, mixed up with a little flor, almonds and oxidative character from the sherry. A final fade to dried flowers on the clean finish. Plenty of elegance, poise and persistence too. Identity and personality!

Only after tasting did I reflect on the similarities between Colet and Navazos rather than the differences. For example, vineyards with chalky soils, the neutrality of the base wines, the importance of yeast during maturation. I’m told the partnership is conducting other experiments and perhaps one day they may be released. Until then, this will do nicely!

The UK distributor is Alliance Wine. I bought mine from The Drink Shop, £23.16

Colet Navazos also make 1,500 bottles of a different Extra Brut Reserva, with a green label, which costs a few pounds more. That version gets even more time on the lees (41 months). The grape variety used is different (100% Chardonnay), and so is the sherry dosage (Manzanilla Pasada). It’s weightier and creamier, with more yeastiness and overt iodine salinity.

In a sense, that wine trades-in the subtlety and precision for more heft and power instead. My personal preference is for the orange-label Xarel-lo Reserva. But I recommend you try both because your mileage may vary!

Food-wise, this wine is also revelatory and versatile. Yes, drinking it as an aperitivo is a strong suit, but this fizz takes intense flavours in its stride. For example, I road-tested a bottle with a three-course meal.  Wild garlic soup, followed by black truffle Pasta, and finally, a semi-soft raw milk goat’s cheese called Tovey, made by in Cumbria by Thornby Moor Dairy. The wine proved a delicious partner with all three courses, no mean achievement.

Final thought. Baffled by some of the terminology used? Perhaps take a moment to look at an explanation of Sherry styles here and here. There’s also coverage of the different ways of making fizz here.