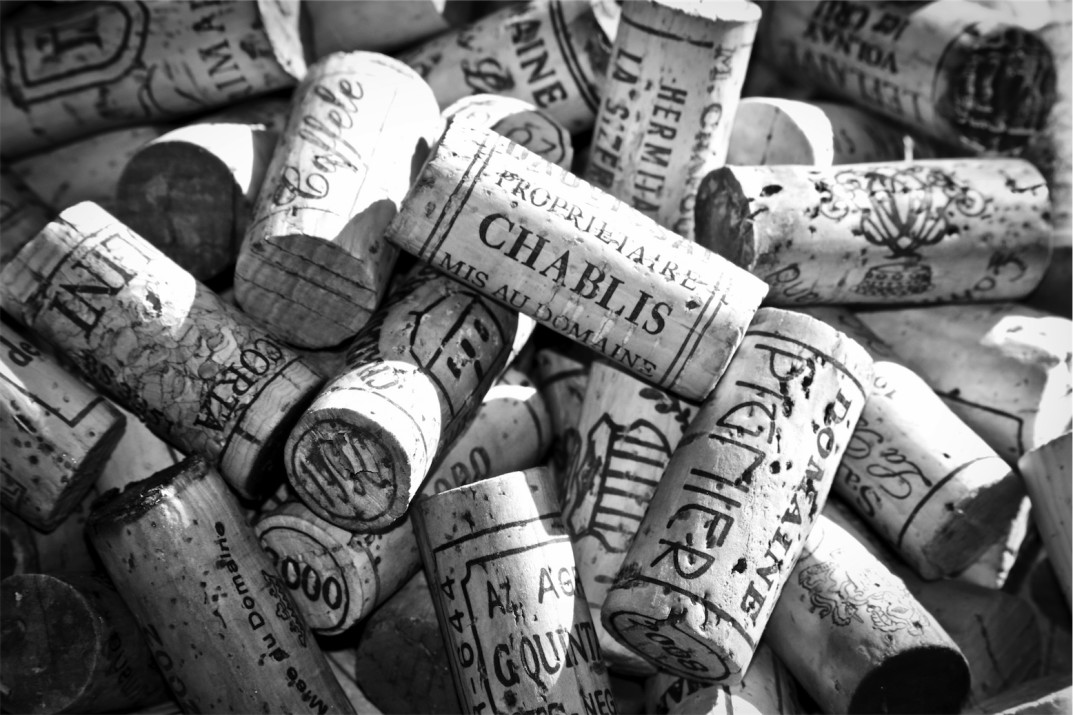 Corks Out! Diam Bouchage fights back.

Hands up who has had a bottle of corked wine? Ok, that’s most of you. And I don’t mean wine with a few bits of cork floating in it. It’s the awful smell and taste of musty or mouldy cardboard. The culprit is TCA, short for 2,4,6-Trichloroanisole. It forms when airborne bacteria and fungi convert human-made compounds found in cork, other wooden or rubber materials. I recently visited cork maker Diam Bouchage in Céret in southern France to learn more. It was utterly fascinating.

The tiniest amount of TCA will spoil your wine. 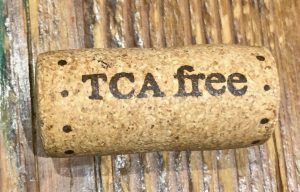 Humans are incredibly sensitive to the smallest amounts of TCA, as we can detect single parts per trillion. We’re talking around 0.3 nano grammes per litre here. Put another way, just 300 grammes of TCA is enough to pollute the world’s entire cork production. That’s around 20 billion corks per year!

TCA can make wine flat and dull (called flavour scalping) at one part per trillion. Those that are utterly disgusting have around four pts per trillion. That’s 1-4 pts per 1,000,000,000,000! Arguably, it’s the lower concentration that dulls wine that’s the biggest problem. That’s because it’s easy to assume it’s just the wine itself. The stronger the wine, the more likely this is because TCA is less detectable in alcohol compared to water!

So TCA occurs where processes fail to remove it from the cork or infections in dirty wineries and storage. It may be that widespread TCA is a modern phenomenon because it does not exist naturally. The spongy outer bark of the Cork Oak tree (Quercus suber) is the source of cork. The bark absorbs human-made chemical pollutants like pesticides, and then fungi and bacteria metabolise these into TCA.

Undrinkable bottles due to TCA infected corks reached unacceptably high levels a dozen or more years ago.  I once bought six bottles of Le Méal Hermitage Blanc directly from Chapoutier. Reassuringly expensive, but all badly corked. What a let-down! Get a bad bottle, and you’ll be less likely to rebuy it.

Corks deserved their bad rap, with 5-7% of bottles affected. No surprise that alternatives like screw caps, plastic corks and even glass stoppers became popular.

This situation forced the cork industry to wake up. It had been a bastion of ancient traditional ways with a virtual market monopoly. Suddenly, there was a potentially fatal blow. Since then, several cork producers like Diam Bouchage led the fightback to eliminate cork taint with new technology.

I’m not going to get into the cork versus screwcap debate here. There are millions of words about it. Suffice to say that screwcap offered a viable alternative, with a lower failure rate. But screwcap isn’t entirely free from TCA or other smelly issues like sulphidisation (rotten eggs) either.

My position is this. 95% of all wines are for immediate drinking, and most of that is in the volume trade. When screwcaps offered a way out, no wonder many wineries and distributors took to them with gusto.

However, cork remains at the epicentre of “fine wine” production because of its ability to allow wines to age. Most sparkling wine still uses cork too. Their alternatives are fewer: crown-caps (think beer bottles) or some nasty plastic stopper!

You may prefer cork, screwcap or plastic, or have no preference as long as the wine is clean. You might like the convenience of screwcaps or prefer the ritual of cork. Regardless, the choice of closure is a critical part of winemaking as well as packaging.

The scale of the crisis

What interests me is the response from the leading cork companies. By developing innovative new technologies, they’re winning back customers and reputations. It’s a great business case study, and Diam Bouchage is an excellent example, though they are not alone. Now there’s confidence and optimism instead of doom and gloom. 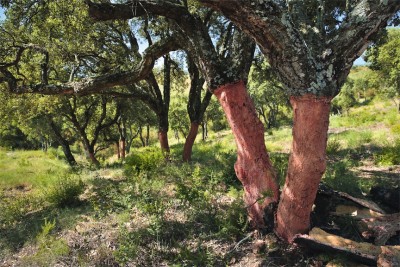 Why bother with Cork at all?

Given the quality problems, why bother with a cork at all? Well, because it’s natural, sustainable, renewable and traditional. It’s also a large employer in regions where there is little other employment. The cork tree harvest uses the spongy outer bark. The tree regenerates each time, so this can happen around ten times during its life. It grows natively across 2.7 million hectares of Portugal, Spain, Algeria, Morocco, Italy, Tunisia, and France. Cork forests also support diverse ecosystems and prevent erosion.

Aluminium screwcaps are potentially recyclable. However, strip-mining Bauxite for aluminium isn’t eco-friendly. Neither is plastic.

But to compete, corks must be free of TCA and other contaminants. They must also be of consistent size and elasticity, so they don’t fail. The winemaker may also want to control the level of oxygen permeation or reduce the amount of sulphur used.

Cork Science and manufacturing are far more complicated than I ever imagined.

In response to the TCA crisis, Diam Bouchage entirely remodelled their business. They recruited leaders and expertise from the food packaging industry. They also invested heavily in innovation, research and bespoke manufacture. New facilities include the new €30m factory at Cèret.

And Diam changed their business strategy to focus clearly on the premium winemaking market. While some premium winemakers have adopted screwcaps, this market still prefers to age wine under cork. Diam can also develop an advantageous brand association with these top wines. Meanwhile, those winemakers want to ensure that their wine reaches you tasting as they intended. Today, Diam employs 400 people, with 10,000 clients in 45 countries. As an example, Diam supply 35% of the corks to the prestigious Burgundy Grand Cru market.

Diam launched their Diamant®️ cork in 2005, purified from TCA and 150 other volatile contaminants by patented methods. Mytik®️ is the sparkling wine version. Diam gets their cork from 20,000 hectares of cork oak forests, including their own. The traditional way to make corks was to stamp them whole out of the bark sheets. But this is wasteful, and those corks contain inconsistent flaws. Instead, Diam grinds the raw cork into “flour”, small, regularly sized particles.

Diam Bouchage separates the 45% of the flour containing a compound called Suberin. The rest provides heat for the factory. The flour is then purified by “cooking” under intense pressure and temperature by Supercritical Carbon Dioxide. It passes through the cork particles like gas and yet dissolves the taint compounds like a liquid. Hence using SCO2 is non-toxic and recyclable. It’s entirely different to using toxic solvents like chlorine or peroxides.

This now pure cork flour is bound together with acrylic binder and microspheres. Then this mix is moulded into shape. The new cork fits accurately and allows lasered customer branding on its surface. The ratio of microspheres and cork can be varied to offer the winemaker different permeability options.

Attractive smells of warm cork pervade the Diam factory. It reminded me of maple syrup. It’s a remarkably quiet place too; with every stage quality controlled by banks of computers. Looking out, views of Canigou, the snow-capped Pyrénéan peak, make a stunning backdrop! 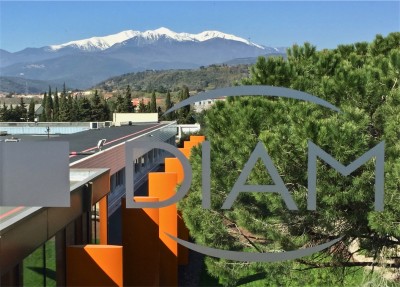 Diam Bouchage – is your office vista like that? Canigou in the French Pyrénées is the stunning factory backdrop.

Readers might have noted that Diamant isn’t an entirely natural product. It’s because of the synthetic acrylic used for the binder and microspheres. Hence Diam has been researching how to replace acrylic with various natural compounds for the last eight years.

In March 2017, Diam brought out a new natural cork called Origine®️. Incredibly, Beeswax microspheres mixed with castor oil binder replace the acrylic. These corks can still last up to 30 years. For this, Diam needs 1-3 tonnes of beeswax per year. Hence they source, sponsor and protect GMO- and Nicotinoid-free beehives across France.

For me, this is a particularly exciting development. I would imagine that organic and biodynamic winemakers will find this ethical cork irresistible. 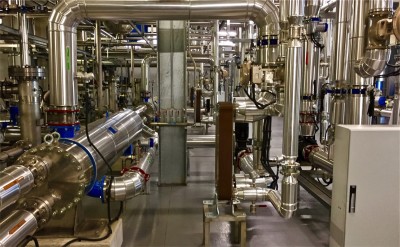 Next time you pull a cork, consider the efforts the cork industry is making! 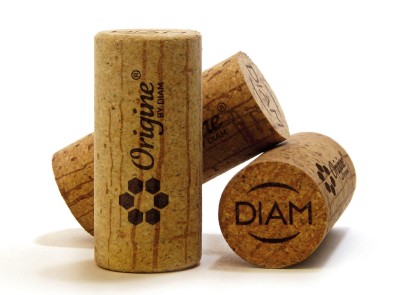 Oh, and what happens to that evil TCA? The face-cream industry uses it as an anti-oxidant!

My thanks to Dominique Tourneix (CEO), Christophe Loisel (R&D), France Auger, Pascal Popelier and Bruno Saizieu for a great visit. It looks like I’ll be keeping my corkscrew handy for a long time yet!

P.S. TCA taint is quite different from another wine fault called Lightstrike, though they sometimes get confused. Read about Lightstrike here.