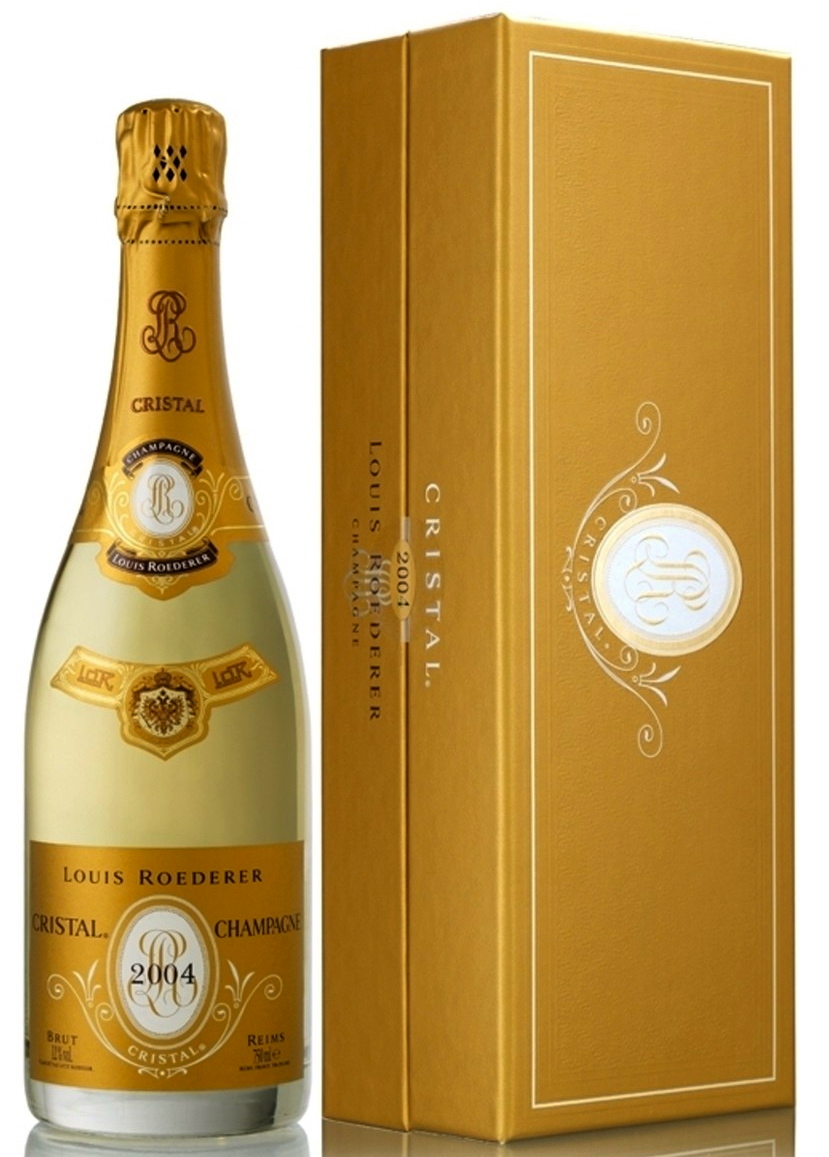 Cristal – is it a Diamond or just Zircon?

Cristal – in the rarified world of luxury, Cristal Champagne from Louis Roederer has no peer. No other equals its fame or reputation. Perhaps Dom Pérignon, Krug and Belle Epoque come closest. In any good Champagne vintage, Cristal will be up there with the best. It’s expensive, but these days there are far more costly or rare Champagnes out there, some brilliant, some just wannabees.

Cristal describes the bottle and the wine with a single word. It’s a name nearly everyone has heard of, on a par with Ferrari, Rolex or Chanel. For decades the rich and the famous have basked in its reflected glory. They seek status and exclusivity, hoping to hold on to Cristal’s lustre by association. It is one of a small number of products which economists call a “Veblen good;”  demand for it increases as the price goes up.

What are the secrets of Cristal, and is it the Koh-i-Noor of Champagnes or is it just a Zircon imitation?

The Champagne House of Roederer in Reims is one of the oldest and still family-owned, founded in 1776, the year of the American Declaration of Independence. In 1833, Louis Roederer inherited the business from his Uncle. A shrewd businessman, at one stage Roederer was responsible for ten per cent of Champagne production and Russia was an important export market.

The Roederer wines were a particular hit at the royal court of Tsar Alexander II in St. Petersburg. Just his titles alone convey something of his monstrous wealth and power;

“By the grace of God, Emperor and Autocrat of all the Russias, of Moscow, Kyiv, Vladimir, Novgorod, Tsar of Kazan, Tsar of Astrakhan, Tsar of Poland, Tsar of Siberia, Tsar of Tauric Chersonesos, Tsar of Georgia, Lord of Pskov, and Grand Duke of Smolensk, Lithuania, Volhynia, Podolia, and Finland, Prince of Estonia, Livonia, Courland and Semigalia, Samogitia, Belostok, Karelia, Tver, Yugra, Perm, Vyatka, Bulgaria, and other territories; Lord and Grand Duke of Nizhni Novgorod, Sovereign of Chernihiv, Ryazan, Polotsk, Rostov, Yaroslavl, Beloozero, Udoria, Obdoria, Kondia, Vitebsk, Msislavl, and all northern territories; Sovereign of Iveria, Kartalinia, and the Kabardinian lands and Armenian territories – hereditary Lord and Ruler of the Circassians and Mountain Princes and others; Lord of Turkestan, Heir of Norway, Duke of Schleswig, Holstein, Stormarn, Dithmarschen, Oldenburg, and so forth, and so forth, and so forth.”

The Tsar became offended. Nothing distinguished the bottles of Champagne on his dining table. They were the same as for other members of the family aristocracy or the Crowned Heads of Europe (which was much the same thing). Hence he commissioned Roederer to create something unique and exclusive. So Cristal was born, the original “Prestige Cuvée.”

Cristal debuted at the Three Emperors Dinner in Paris in 1867. It featured Tsar Alexander II, his son (soon to be Tsar Alexander III) and Prince William I of Prussia. They dined on sixteen no-expense-spared courses over eight hours, yet still complained that there was no Foie gras. As with most Champagne of the time, Cristal was sweet and served with the dessert.

It’s always had a unique clear glass bottle with a flat bottom. Hence yellow cellophane wrapping protects it from the light. The gold label bears the emblem of the Russian Court, with the description “supreme exigence and supreme refinement.”

Cristal’s clear glass bottle allowed the drinkers to admire the yellow liquid and bubbles. However, the Tsar had already survived several revolutionary assassination attempts. So perhaps this was also a precaution against poison or explosives. Regardless, he was killed by an assassin’s bomb in 1881.

Cristal continued to enjoy royal favour for 50 years. By the time the 1917 Russian revolution deposed and then executed the last Emperor, Nicolas II, and his family, Roederer was the Official Supplier to the Imperial Court of Russia.

The relaunch of Cristal

Camille Olry-Roederer relaunched Cristal in its current Brut style to a mostly unsuspecting world in 1945. Over the next forty years, this remarkable woman cultivated aristocracy, film and sports stars. Gradually, this restored the fortunes of Cristal and Roederer.

More recently, Cristal became the drink of choice for rap and hip-hop stars, all drinking “Crissy”. It all went wrong after an interview with Roederer turned the company into their Public Enemy overnight. Pardon the pun. However, Russian oligarchs still court Cristal. Roman Abramovich even serving it as the house wine during a New Years party on his Caribbean Island.

So is it just a crass fashion accessory?

No, Cristal always has purity and poise. Most Cristal is, unfortunately, drunk much too young. It is a slow developer, typically peaking fifteen or more years after the vintage and will hold for decades after.

Cristal is usually a blend of 55% Pinot Noir and 45% Chardonnay. Now Biodynamically farmed, the base wines come from Grand Cru grapes at seven Roederer-owned vineyards. It’s the rigorous selection and blending of these that creates such a wonder.

At this level of excellence, every stage of the Champagne process is by hand. Once bottled, it matures for five years before disgorgement. A further eight months allows it to settle down before release.

Cristal is lean and taught at this juncture, a coiled spring of potential. If you drink it too early, you might wonder what all the fuss is. The palate has purity and subtle creamy citrus flavours and a chalky minerality, but not much else. Only the tiny starry bubbles and a softly pillowed mousse hint at future greatness.

With keeping, it will gradually unfurl. The development will bring hints of biscuit, ginger, coffee, hazelnuts and walnuts into the mix. Eventually, the wine will develop a silky texture and a feminine skin scent that can make grown men swoon.

Old Cristal sacrifices the effervescence of youth for quiet mellowness. It becomes a wine of high complexity with elegance intact, perfect for an exceptional occasion.

Grace Kelly in a glass

So Cristal is a diamond rather than zircon. Given time, it’s the vinous equivalent of Grace Kelly in the film Rear Window, ultra-feminine and total control. As James Stewart said,

“She’s too perfect; she’s too talented, too beautiful, too sophisticated,  too…everything.”

The accompaniment I want with a bottle of Cristal is a loved one where words are no longer necessary.