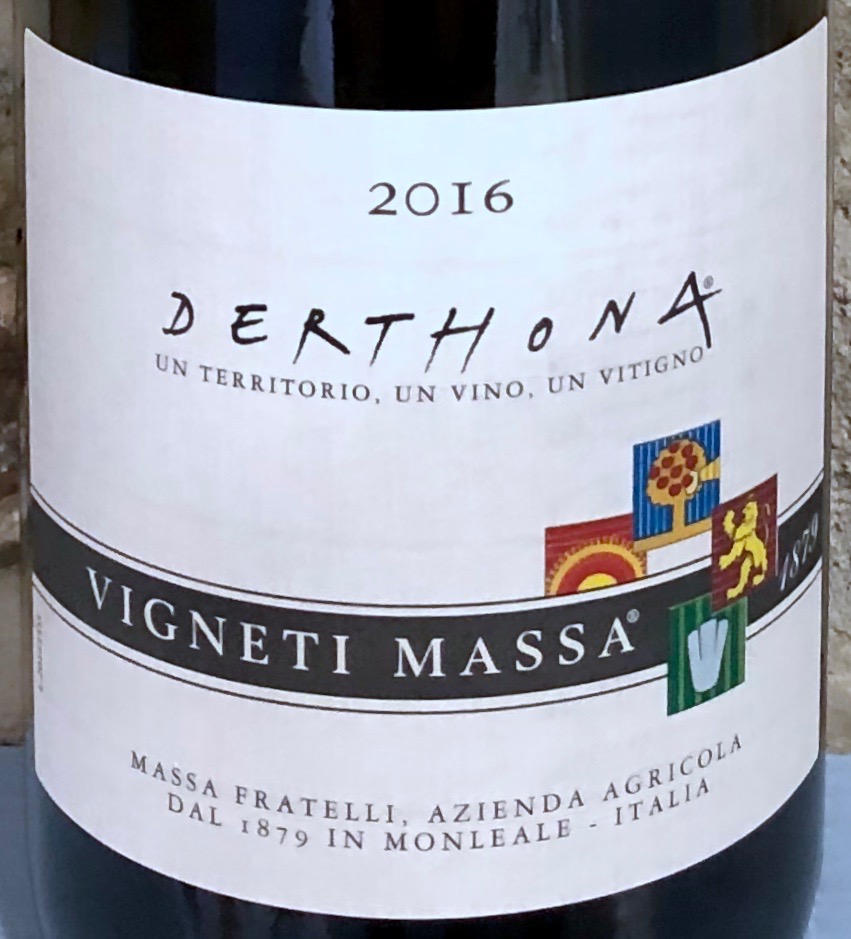 This unprepossessing bottle of white wine hides away a genuinely remarkable story worth telling. It has an attractive label, yet that gives away little about the contents, where it’s from, or just how good it is. In the UK, Italian rare-grape geeks are most likely to recognise it. In Italy, it’s become something of a cult. Welcome, then to Derthona. The grape variety is 100% Timorasso, not that the label tells you. Yet if it did, most would be none the wiser.

All it says on the label is “un Territorio, un Vino, un Vitigno,” which translates as a territory, a wine, a vine. It’s a puzzle. Time then for some explanations. In short, it’s a white wine from south-eastern Piemonte in Italy. Walter Massa makes this at Vigneti Massa with Timorasso, which is a local rare grape variety. Monleale is the hill-top village where the winery is based, near Tortona. There is no information about DOC, IGP or even Vin d’Italia. So far, so very obscure.

But there’s a darn sight more to it than that. So to solve this puzzle, let’s start at the beginning.

Timorasso is another rare Italian white grape. Piemonte is an Italian wine region famous for those big red wines based on Nebbiolo and Barbera. It’s not the only rarity in Piemonte that’s been saved from extinction by hard work, dedication, and a focus on quality. For example, see my articles  on Arneis  and,Nascetta,

Timorsasso is an old variety and one of high quality too. Indeed, it was also once the principal grape of both the Colli Tortonesi and nearby Gavi, a more well-known area some 30 km south. In both places, the Cortese grape variety replaced Timorasso because it was much easier to grow and has better and reliable yields.

The catalysts for this were the devastation wrought by Phylloxera in the nineteenth century, followed by two world wars in the twentieth. Hence you can forgive winegrowers for turning to more manageable and so more profitable grape varieties. That meant Cortese or the international grapes were preferred choices.

Timorasso may be a high-quality variety, but its cultivation is challenging. It can suffer from Coulure, which is a failure of the grapes to grow after flowering. Millerandage (aka Hen and Chicken) is also problematic. Here, the grape bunch has some large ripe grapes but also lots of tiny unripe ones. These issues reduce natural low yields even further.

As a result, the surviving Timorasso was unloved and mostly forgotten, heading for extinction.

The Massa family winery dates back to 1879. It occupies a hilly location at Monleale, on the eastern side of Tortona. Since 1973 this area has been the small Colli Tortonesi DOC. Historically, this was a part of Piemonte, better known for growing peaches and soft fruit rather than grapes. The grapes went into everyday bulk wines.

Forests of oak and chestnut occupy the hills, ideal for truffles. The Vigneti Massa estate has nearly 28 hectares of vines scattered across steep slopes and hills. In those now grow Croatina (2.5ha), Barbera (10 ha), and Fresia (1.5) for reds, with Moscato (1.5) and Timorasso (12 ha) for whites. 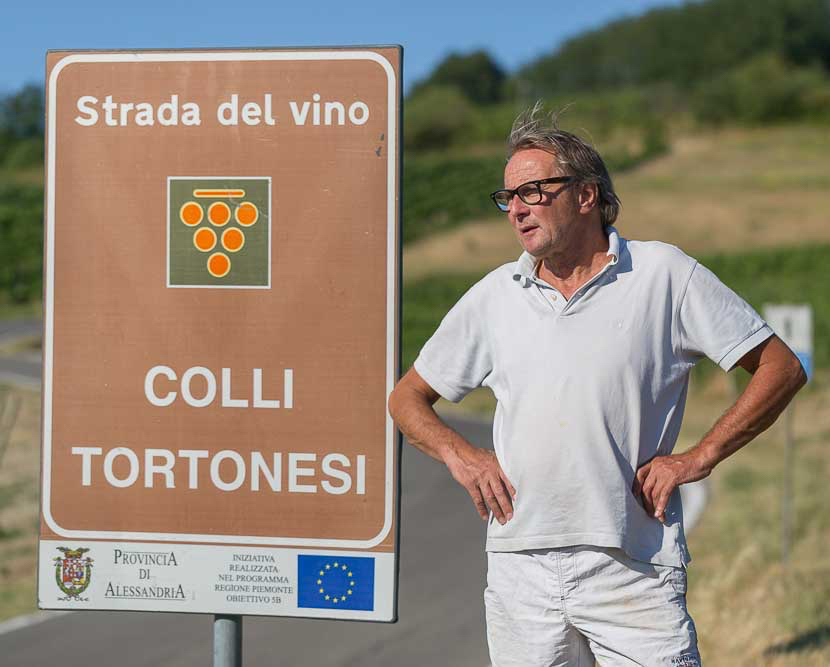 The Father of Timorasso

Walter Massa is the fourth-generation proprietor of Vigneti Massa, the man responsible for saving Timorasso from oblivion. He’s spent most of his winegrowing life promoting it and encouraging other local winegrowers to join in.

When Massa joined the family business in 1978, they started bottling their wines. Massa decided to concentrate on local, native grapes rather than the profusion of international varieties occupying those parts to stand out as a winery.

During this time, he found that although Timorasso was missing from most wine books, it had once been abundant in the area. In 1489, Leonardo da Vinci arranged a sumptuous wedding banquet in Tortona. He liked Timorasso wine so much he gave it as a wedding gift.

Meantime, the Cortese planted at Vigneti Massa didn’t perform as well as it did in nearby Gavi. So Massa saw Timorasso as the potential replacement for it.

The first Timorasso vintage was in 1987, sourced from just 400 vines left scattered amongst the Massa family vineyards. As a result, they made only 570 bottles!

Massa took cuttings from those few remnants left in the Tortona area as there were no nurseries with stocks of this neglected vine. In 1990 he planted new vineyard plots with them and added more since. These are at 250-300 metres altitude and generally on steep south-facing slopes. Some of those donor vines were over one hundred years old and ungrafted, having somehow survived Phylloxera, war, and replacement.

As no one else was making wine with Timorasso, Massa developed an unoaked dry style. Moreover, he later found that it was improved further by extended lees and bottle ageing. Indeed, this has now become the prevailing commercial wine style*. Suffice to say that there is currently no Cortese at Massa – the Timorasso has become very successful!

By constant championing, Massa is the rescuer and father of Timorasso. Other local producers have also taken up Timorasso with great enthusiasm, and there is now a Consorzio. Tellingly, Barolo producers are now investing in the area. Meanwhile, Timorasso is an authorised grape variety included in the Colli Tortonesi DOC rules.

So why call it Derthona? Derthona is the ancient Roman name for the nearby town of Tortona. So it’s not a fantasy name, but neither is it one in current geographical use.

In 2000, the Consorzio of Timorasso producers trademarked Derthona as the name for their Timorasso. The idea behind this is that great wines do not have grape varietal names. Instead, their names come from their territory of origin. 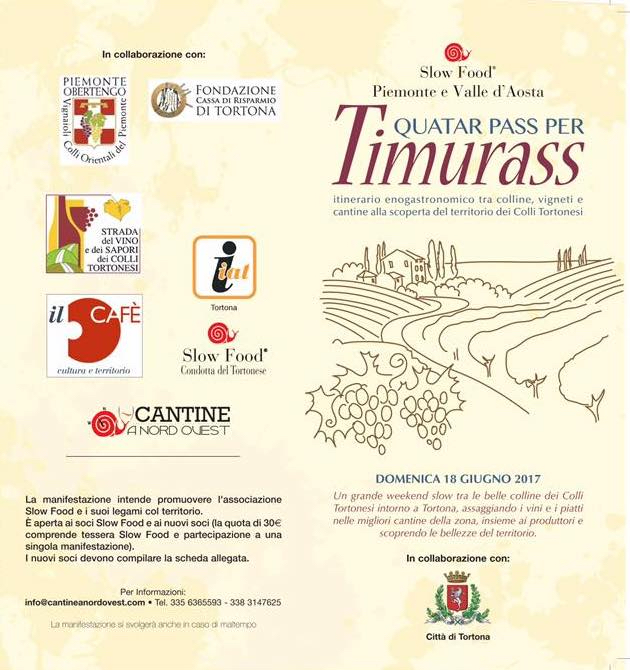 Meanwhile, further plantings of Timorasso continue the expansion, and the goal is to establish Derthona as a legally recognised subzone of the DOC.

On the first impression, this wine seems oak-influenced. There are no wood flavours, but because of the creamy texture, unusual inclusion of tannin and the appearance of some ginger-spiced notes.

This wine sees no wood, so it’s the grape talking. After maceration on the thick grape skins, the juice ferments slowly in stainless steel with natural yeasts. It then spends a year on its lees, stirred to keep them in suspension. And as this variety has high natural acidity, secondary, malolactic fermentation takes place to soften it.

There’s a low-sulphur régime in place, too – undoubtedly aided by the lees ageing and tannic content.

After fining with Bentonite, the wine rests in the bottle for at least another year before release.

That 2-year ageing period is crucial – Timorasso takes this amount of time to start showing its potential. In addition, the 2016 bottles are closed with high-quality DIAM 10-year corks, further suggesting long-term keeping abilities.

Given all this, decant the wine for an hour before serving. This activity pays off handsomely.

Pale silver-gold, green flecked, and leggy in the glass – perhaps that’s the potent 14% alcohol, or glycerol too. The nose has white blossom on the nose, with wool or lanolin-like aroma reminiscent of Chenin Blanc. The palate has complexity in abundance; nuts, citrus, apple, yellow fruits, apricot.

It’s fresh, broad, mouth-filling, with a hint of tannin and a flinty mineral streak too. Creamily textured and with a long and slightly smoky finish. Richness, elegance, and poise are the watchwords here.

Nor does it fall apart if left overnight – if you keep some wine back for the next day, then it develops hints of tangerine.

As for long life, this 2016 is ready now but will go on developing, potentially over many years. Massa reckons it peaks at age seven when honey, tangerine, and hydrocarbons appear. However, he says it’ll live on for another 10-15 or so years after that, perhaps longer in an exceptional year.

I was delighted to find this cult wine available in the UK, having encountered it twice previously, once in Piemonte and the other at the Autochtona wine judging in Bolzano.

The UK importer is Winetraders.

Derthona is a big complex white – which makes it versatile with food. It’ll match substantial dishes of seafood, crustaceans, fish, creamy sauces, roast chicken, and pork. As it comes from a white and black truffle producing area, try it with dishes featuring those. It’s also a dream with risotto or a creamy spaghetti carbonara.

In January 2020, Vigneti Massa embraced Blockchain technology, initially for the three “cru” Derthona Timorasso wines from vintage 2018! Those wines have replaced corks with the Nestgate screwcap closure, incorporating an NFC chip inside the screwcap. Not only does this prevent tampering, but it also guarantees authenticity, traceability and provenance. An additional benefit is that a smartphone can read the chip, which supplies an abundance of information about the wine, making some of this article potentially redundant! In return, the brand receives consumer data for marketing purposes.

I assume this screwcap allows some slow air exchange (similar to cork), given that these wines develop in the bottle over long periods. I don’t think Massa would want to change that ability.

Suffice to say that Blockchain adoption continues to play out exactly as I predicted in my series of articles on the subject three years ago.

A lot is going on behind that unassuming label!

* many experiments are happening with other styles of Timorasso, besides Derthona, as yet uncommercialised. These include Método Classico spumante, frizzante and Pét-Nat. Then there are passito sweeties and experiments with oak ageing and amphorae. No-sulphur and Orange wines too! To experience those, you’ll need to go to Tortona. The annual summer Quatar Pass Per Timurass is ideal, a weekend when Timorasso producers have open cellars with all their Timorasso wines on show.

My thanks go to the Terre Derthona Consorzio and the Colli Tortonesi DOC for helping with background facts and figures.

If you like discovering rare or unusual grape varieties, then read about Tintilia here.