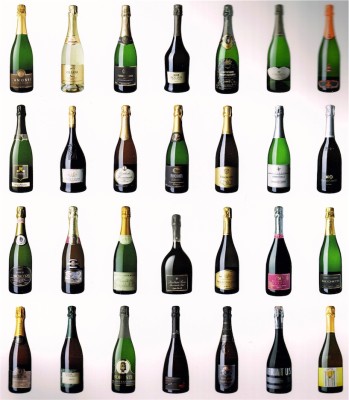 Q: What is Franciacorta?

A: A world-class sparkling wine region in Lombardy, Northern Italy.

Franciacorta is the only real alternative sparkling wine region to Champagne. Their sparkling wine is world-class. I’m a huge fan and visit as often as I can.

It’s a tiny area (map), of immense natural beauty, nestled between Bergamo and Brescia in Lombardy and bordering Lago Iseo. Their Fizz production is based on the Champagne model but has only been made here since 1961. It achieved the prestigious DOCG status in 1995.

Production has expanded, but there is still only 15 million bottles made each year to go round. There is a range of styles. Besides Brut NV, you’ll find Rosé, Vintage, and Riserva. They also make a unique and lovely crémant style called Satén. Translated as satin, it describes the texture of the wine perfectly.

Only Chardonnay, Pinot Nero, and Pinot Bianco grapes are allowed*. Fizz production uses the traditional method (Metodo Classico) similar to Champagne. In fact, the Franciacorta production rules are stricter than those in Champagne. Quality is extraordinarily high.

The Consorzio per la Tutela del Franciacorta, founded in 1990, monitors Franciacorta vineyards and production and guarantees the brand. Nearly all the wineries are members, some 109 at the last count.

I was fortunate to be a guest of the Consorzio on a recent visit.

As production increases, so does the amount of Franciacorta exported to the UK. If you haven’t yet drunk Franciacorta, then find a good independent wine shop and be amazed.  If you need a stockist, just ask me.

Here are ten of my personal favourites covering the main styles.

Have you tried Franciacorta yet? What do you think?

*The rare white grape Erbamat will shortly join the list of allowable grape varieties, up to 10%. This change is a response by the DOCG to climate change. Erbamat is a high acid grape that will be able to preserve freshness.

And finally, there are also super red, and white DOC still wines to be discovered called Curtefranca. Franciacorta does hit the spot for me!