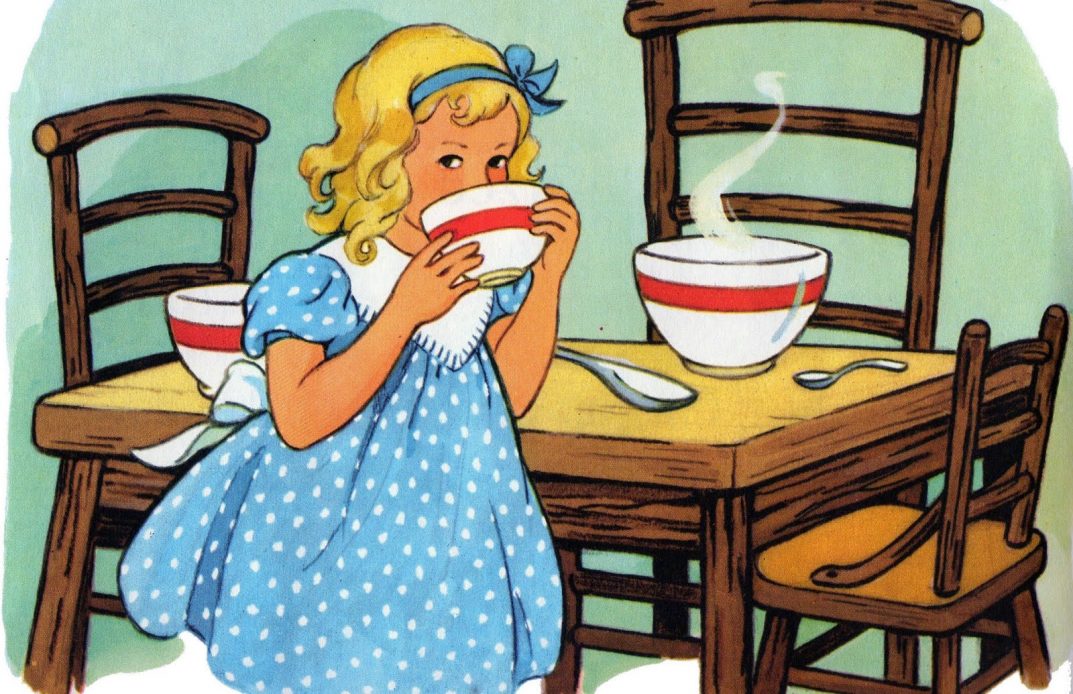 Any opportunity to try the wines made by the Domaine de la Romanée-Conti (DRC) in Burgundy is the chance of a lifetime. Not only is this celebrated patch of dirt in the village of Vosne-Romanée regarded as producing the most outstanding red Burgundy, many consider it to be the source of the world’s most fantastic wine. The hyperbole written about it over the past eleven centuries shows no sign of slowing down. Millions of words have been written about DRC, ranging from profound scripture to pretentious twaddle. The truly stratospheric price inflation doesn’t help either. Luckily, I have a Goldilocks story. It might be a fairy story, but it’s all true.

Briefly, the Domaine only has Grand Cru wines. There are usually six reds from Vosne-Romanée; the eponymous La Romanée-Conti is the acknowledged primus inter pares. Then comes La Tâche, Richebourg, Romanée St. Vivant, Échezeaux and Grands Échezeaux. All are profound expressions of Pinot Noir, each with a distinctive terroir, and each is an Appellation in their own right. DRC also owns a small amount of white Montrachet Grand Cru and red Corton Grand Cru.

Suppose you’d like to know all the detail about this legendary domaine and its wines? May I refer you to the definitive exposition – a superb monograph written by the late Richard Olney entitled Romanée-Conti: The World’s Most Fabled Wine. He makes DRC come alive, in a way that most others can’t.

DRC is usually spoken of in hushed, reverent and often cut-crystal tones. Like me, many have made pilgrimages there, to see that vineyard, to touch the stone cross marking Romanée-Conti or photograph some sacred vines. In so doing, perhaps we receive some form of holy communion. Indeed, I have some vineyard soil in a glass phial, guiltily collected from the bottom of my muddy boots. It’s like a piece of the True Cross. I imagine it to possess unearthly powers, and perhaps it does.

But who knows how DRC tastes? Very few.

The unique combination of rarity and excellence over millennia also make DRC the ultimate wine investment. Hence the velocity of prices, particularly for Romanée-Conti, is beyond insanity. The other DRC wines don’t reach this level, but they are nonetheless hugely expensive. Rumours, perhaps apocryphal, include plutocrats leaving a new Ferrari behind in return for a case of La Romanée-Conti. In such a market, fakes abound. No wonder that these wines rarely fulfil their fundamental role, which is to be opened and enjoyed.

These are all good reasons why for most wine lovers, tasting DRC is an idle daydream. Previously, I had got close just the once, with an invite from their importers. Trust me to be ill on the day. It never happened again.

So how did I drink not one, but three bottles of wine from DRC? Going on the game was a non-starter. Was it a Faustian pact? Did I blackmail an oligarch? Why not remortgage the house, max out the credit card and sell the car? Thankfully, none of those was necessary.

Instead, two like-minded people and I formed a consortium to save up! We figured that by ignoring La Romanée-Conti itself, we could look at the other Appellations in the £500 – £1,000 price range. None of us would miss a small regular monthly amount, and the cash would steadily accumulate until we had enough to buy a “modest” bottle after a couple of years. It would also be rather more fun than sticking the same sum in a pension and based on trust; if you can’t trust your partners, why would you want to drink DRC?  As the money accumulated, so our quest began.

In short, and to reference yet another fairy story, to find our handsome prince, we were prepared to kiss a lot of frogs. So we did. After eighteen months, we saw a bottle of La Tâche 1982 in a private cellar. Sometime later another bottle of La Tâche, this time 1976, was found at a regional auction. However, this one came with an unattractive half-brother, being an unconvincing looking bottle of Romanée St. Vivant 1973. Still, both of those together was a similar price to the first bottle. Hence, the reasoning was that the Romanée St. Vivant was virtually free, so we wouldn’t mind as much if it turned out to be a duffer. This line of thinking confirms that being delusional was an integral and helpful part of the whole experience.

So, at last, we had not one but three DRC bottles to open.

Meanwhile, as the opening date neared, our anxiety levels and frequency of OCD behaviour rose, like it used to be if your team was in a Cup Final. Would we all be fit and well on the day? Can we stop treading on the cracks in the pavement? Wear your lucky socks. The uppermost question remained unvoiced – would they be rubbish? Would the Emperor have any clothes on at all?

Without reference to the others, all three of us had secretly brought contingency bottles and expected the worst.

Once Upon A Time

Where’s Goldilocks? Now it’s time to cut to an empty little house, alone in the woods. Look, the front door is open, and on the table, there are three bottles. And no sign of Bears. Let’s go in. 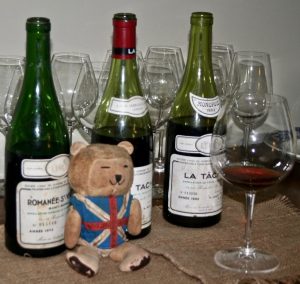 The first bottle was Romanée St, Vivant, being 5.29 hectares, a big vintage and 1973 wasn’t the greatest year. Bottle number 15,449 of 22,713. The Marey-Monge referred to on the neck label refers to Domaine Marey-Monge, who then leased this vineyard to DRC. DRC finally bought it outright in 1988.

Early indications were grave. The short cork was blackened, soft and broke during removal despite using a surgeon’s skill and patience. Then, decanting revealed a pale brown fluid (we described the colour optimistically as Maple) with massive sediment. The occasional reddish fleck gave hope yet the greenish rim suggested a wine awaiting the Last Rites. A glimmer of red fruit on the palate suggested a faint heartbeat. Two hours later there were nuts, mushrooms and hints of raspberry.

If this had been our sole DRC, we would have failed miserably. We drank it all, even though lesser wines would have gone straight down the sink. At least it was free. Ish. Well, not really.

Of 1982 La Tâche, this next bottle was the best-looking of the three, number 19,050 of 32,224. In 1933, DRC bought this 6.06 ha Monopole.  The cork was solid, firm and easily extracted. There was light sediment, with a crimson core and a brown rim. Initial aromas were earth and undergrowth. Then a seam of fruit augured well, with a tarry note added to the autumn leaves. Violets and red fruits. Gamey length. Drinkable wine? Yes. Revelatory? Hardly.

It was down to 1976 La Tache to be Goldilocks’ saviour, number 7,582 of 25,384. 1976 was a healthy, hot and smaller vintage, characterised by structure, tannin and power; built to last. Decanted off large sediment, a solid slightly softened cork. Plenty of life and energy. Ethereal aromas: violets, raspberry, cherry and a balsamic note. After two hours it opened up, opulent and powerful. Plum fruit, savoury and gamey notes, autumn leaves and then a long five-spice enriched finish. Satin textured. A little faded in glory, perhaps, but it provided a memory that will last my lifetime. In other words, it was just right.

A happy ending for Goldilocks

We could hear Three Bears coming back from doing something in the woods. Hence we jumped out of an open window and ran as fast as we could, all the way home. And we never went back there together again.