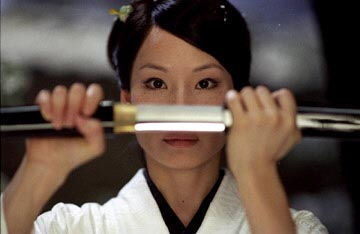 A Haiku for Pointless Wine Scoring

Some recent correspondents have asked why I don’t append a points score to the wines I recommend. Well, I’ve always preferred words to mere points when evaluating wine. So I prefer reading to seeing yet another naked 90+ point score. They’re just noise. Instead of being part of the equation, now they are the equation. Points are not objective, absolute or scientific. To interpret the score, you need to know the scorer’s tastes and preferences as well. I’d rather write a Haiku. 俳句

Q: What’s the difference between an 89 point and a 90 point wine? A: Quite a lot of money.

“The numerical wine rating system has been heavily criticised. It has been considered a driving force in the globalisation of wine and the downplaying of the influence of terroir and individuality in winemaking.

Critics of the wine rating system contend that the economic and marketing power of receiving favourable scores by influential wine critics has steered global winemaking towards producing a homogeneous style that is perceived as appealing to them. These critics point to what they contend is an inherent flaw in sampling a wide assortment of wines at once.

When compared together, wines (particular red) that have deep colours, are full-bodied, with stronger, concentrated flavours and smooth mouthfeel tend to stand out from the assortment more than wines with more subtle characteristics. These wines tend to receive more favourable wine ratings which have led to an increase in the proliferation of these styles of wines on the market.”

Consequently, outside of participating in official wine judging which has rigorous bias controls, I don’t score.

Meanwhile, a Haiku is a kind of Japanese minimalist poetry that has medieval origins. Haiku have strict rules: they must consist of a maximum of only three lines. Each line must consist only of a set number of syllables; five in the first line, seven in the second, and five again in the third, making seventeen in all.

In other words, trust your palate and critics that explain their scores. Raise a glass with me to the wonderful diversity of wine. And maybe try writing a Haiku!

P.S.: What does a wine writer do? Find out here.