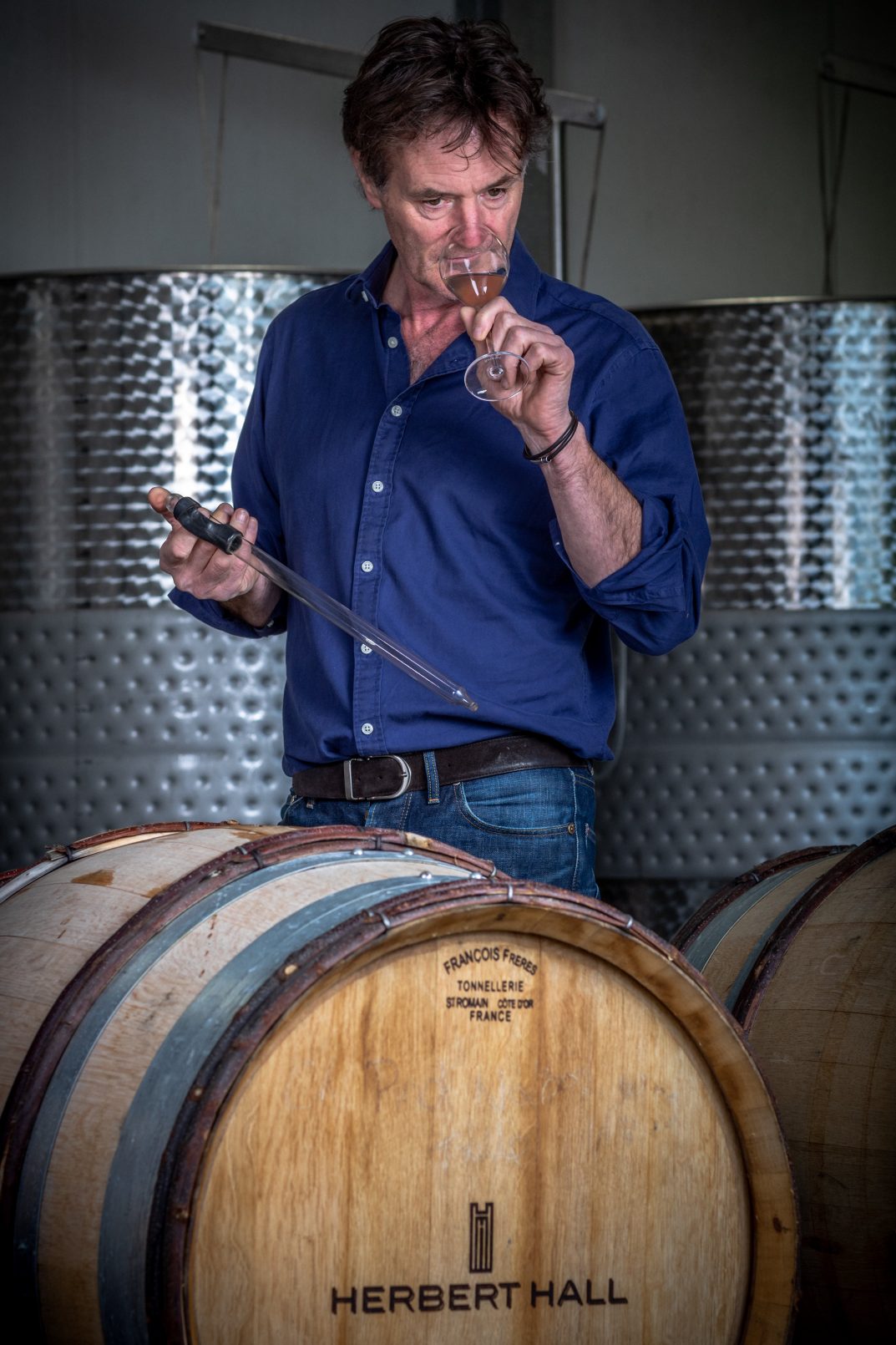 My first encounter with Herbert Hall wines was in 2016 with their Traditional Method Brut. That’s from Kent, and it proved to be one of the outstanding wines in a lineup of high-quality Britfizz. You can read about that here.

However, Herbert Hall also makes a Brut Rosé of a similar calibre.

Kent, aka the Garden of England,  was always known for growing orchard fruits and cultivating Hops for bittering and stabilising beer. The golden age for Hops in Kent was in Victorian times when there were 17,650 hectares. Now only 1,200 ha of hops remain*, though many of those distinctive hop kilns, known as Oast Houses, survive as desirable residences.

I mention this history because today’s Herbert Hall vineyard was once a hop garden, farmed by the eponymous Herbert Hall. He was the great grandfather of the winery founder and owner, Nick Hall. Hence the winery name.

Nick Hall returned to Kent in 2003 with the bold idea of making English Sparkling Wine. By 2007, Nick had trained at Plumpton College and planted Chardonnay, Pinot Noir and Pinot Meunier.

While British vineyards are now flourishing and expanding, establishing such a venture remains a risky business. First, there’s the need to survive a lack of cash flow for the first five years while you wait for your sparkling wines to be saleable. And Herbert Hall is organic, a much more difficult proposition in Britain’s wet and erratic climate. However, Herbert Hall’s first crop was in 2009, and the first vintage release came in 2012. Since then, it’s been gaining accolades galore.

15-20,000 bottles come from their five hectares per year, so this is a small artisanal operation. The Brut is the mainstay, accompanied by several other more limited releases such as this 2016 Brut Rosé with 2,500 bottles made.

Winemakers Kirsty Smith and Nick Hall have skillfully made this Rosé.  It’s a blend of 40% Pinot Noir, 30% Chardonnay and 30% Pinot Meunier for those liking the technical stuff. A little still Pinot (should we call that Coteaux Kentois?) gives the colour consistency. 90% of the base wine comes from stainless steel, with 10% in barrel. A small amount undergoes malolactic fermentation, depending on the year in question. This bottle was disgorged in August 2019 by Kirsty Smith after thirty months on the lees, and the balancing dosage is eight g/l. Overall, the style sought is about delicacy, subtlety and fresh fruits, and terroir expression.

And indeed, elegance and balance are hallmarks of this wine. The colour is a delightful light coppery pink, with a steady stream of tiny bubbles beading in the glass. There’s an ethereal scent of red fruits. On the palate, the acidity offers a rare precision and silkiness. Flavours are of raspberry and cranberry, underpinned with subtle shortbread notes, with a long slow finish.

Being Brut, it’s a dry style, thanks to a well-judged dosage, just enough to balance the acidity and ensure no harsh edges. The wine is refreshing and invites you back for more.

I much prefer this wine to any number of clumsily-made Rosé Champagnes. Moreover, it would undoubtedly be entirely at home sitting with my top ten Rosé Champagnes. That’s a mark of how good Herbert Hall Brut Rosé is, yet it’s not imitating Champagne, being a wine that reflects a clear sense of place in these Isles. 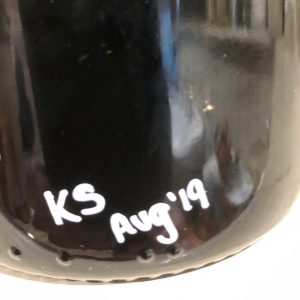 Herbert Hall Brut Rosé is one of those wines that delight on a summer’s day. However, it’s just as good at adding some much-needed optimism amid a long dreary winter. It’s an excellent apéritif, but I paired it with a simple dish of hot-smoked salmon and linguine, which is as good a match as it gets.

It seems that Kent is poised to enter a new golden age of agriculture thanks to wineries like Herbert Hall. So it’s ironic that while this time around its grapes and not hops, both are staples of the best alcoholic beverages.

Buy direct from the winery for £44.00. Alternatively, look for it in Harrods, Lea & Sandeman and discerning restaurants.

If you’d like to learn more about the Traditional Method (or Classic Method) of making sparkling wine, I wrote a primer here.

*Thank you to the Brewery History Society for those figures!