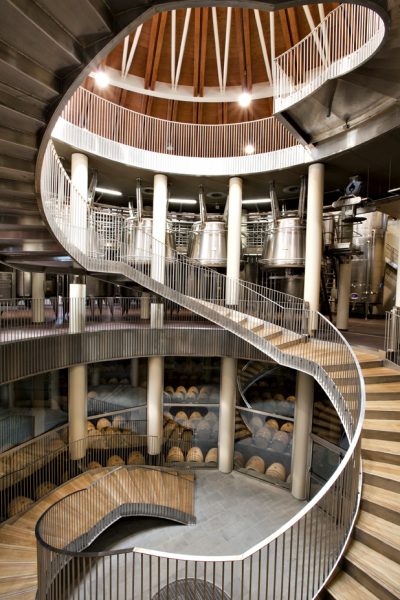 Zymology, imagine our world without fermentation

Our modern civilisation relies on technology. Who could imagine our world without fire, the wheel, or books? More recently,  the internal combustion engine, aeroplanes or mobile internet? All are milestones in human ingenuity, where would we be without them? However, in this article, I’m going to ask you to imagine the world without Zymology. We are dependant on it, yet it’s easy to take it for granted.

Zymology is applied science. It studies the biochemical process of fermentation and harnesses its practical uses. Fermentation is a natural process. We now know it to be reliant on the action of microbes such as yeasts, moulds and bacteria.

The most common fermentation is the conversion of sugar into ethanol and carbon dioxide by yeast enzymes. The simple chemical formula is:

Ethanol, of course, is the alcohol in drinks such as beers, cider, wines and spirits.

Louis Pasteur found out how this chemistry worked in 1857. He was the first scientist to connect the essential presence of microbes as enablers of this chemical reaction. Hitherto, the process appeared to occur as if by magic. In so doing, Pasteur became the first Zymologist and kick-started an entire field of biochemistry. Along the way, he also gave us vaccination and Pasteurisation. His legacy is a profound one that changed our world completely. From here on humans could control the fermentation process with technology rather than rely on natural occurrences.

Imagine our world without Zymology

Now clearly, fermentation by yeasts and bacteria are entirely natural processes which do not need human intervention. Furthermore, you don’t need to understand the fermentation process to harness it. After all, wild Elephants deliberately get drunk on fermenting fruits. And humans used fermentation for millennia without understanding the science behind it.

One way of appreciating Zymology is to imagine what our world might be like if fermentation didn’t exist.

Firstly, let’s start with the most obvious, alcohol. It’s played a role in almost all human cultures since Neolithic times. It’s likely that brewing helped people change from hunter-gathers into farmers growing cereals, thousands of years ago. Wine-making is probably just as old.

However, Zymology brings far greater control and precision over the creation of alcoholic drinks. For example, winemakers can now access selected yeasts that can ferment higher alcoholic strength and impart distinct flavours. Temperature control allows the retention of aromatics and tannin management. Without being able to stop, restart or prevent further fermentation there would be no stable fizzy or sweet wines. Controlling the second fermentation, when bacteria turn malic acid into softer lactic acid, is also key to many wine styles.

Without fermentation, there are no alcoholic drinks 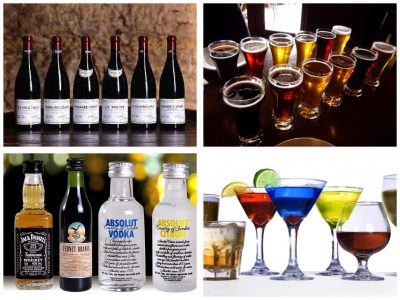 Without fermentation, alcoholic beverages would not exist — no wine, beer, spirits or alcohol-based cocktails. At the risk of stating the obvious, that’s a significant cultural and social impact! No celebrations or festivities as we know them. Symbols of national or regional identity gone. No religious or ritual use, no pubs and bars in which to socialise and bond. No drinks industry or related employment. Alcohol punctuates our lives. It’s present from the cradle to the grave. Perhaps for the committed teetotaler, an absence wouldn’t matter or is a desirable solution for the problems alcohol can cause.

All human societies make use of intoxicating substances, with alcohol being by far the most commonplace. Moderate, unproblematic drinking is the norm in most cultures. We have written and unwritten rules about drinking patterns. Different types of drinks also say different things about us; for example status, power and etiquette.

As a result, Anthropologist Mary Douglas wrote this about alcohol. “It makes an intelligible, bearable world. Much more how an ideal world should be, instead of painful chaos threatening all the time”. 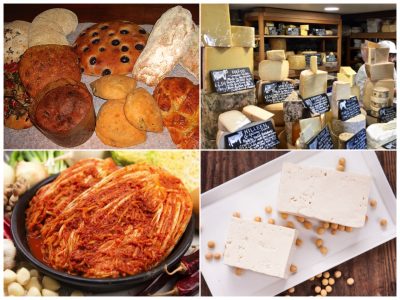 But what about food? Fermentation is just as important. Food fermentation enables the conversion of carbohydrates (including sugar) into alcohol, organic acids and carbon dioxide.

Bread is probably the most famous food based on fermentation. Carbon dioxide from fermentation makes it rise. It’s one of our oldest foods and, once again, its many forms go back to antiquity. Like alcohol, it’s both a staple of our society and prominent in daily life.  How many innovations are “the best thing since sliced bread”?

The earliest examples relied upon airborne yeast to enable spontaneous rising. But beer and wine have long usage as “starters”, and sourdough uses bacteria. So in a world without fermentation, you can forget about leavened bread. Half the world would starve or riot. All there would be is unleavened flatbreads like matzos, tortilla and roti.

As for cheese, without zymology, forget it. For all of cheese history, makers have relied on naturally occurring lactic acid bacteria to curdle milk. These days, the dairy industry relies on starter cultures and Pasteurisation. Check out The Oxford Companion to Cheese for full details. 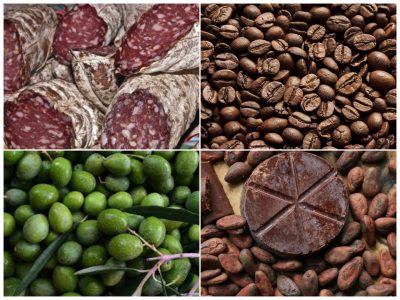 Moreover, there are many other foods where fermentation makes acids that work as a preservative. Sauerkraut, crème fraîche and yoghurt, for example, rely on lactic acid formed by bacteria as a preservative. You may not mind about a lack of Sauerkraut. However, Koreans would miss all the 187 different types of their national dish, Kimchi. As would most London Hipsters.

Forget about vinegar too, either for your fish ‘n’ chips or in pickling. Bacteria ferment ethanol into vinegar’s acetic acid.

And what about chocolate? One of the most popular foods is only possible because of fermentation. Cacao Tree seeds are so intensely bitter they must undergo fermentation first. As for coffee, fermentation separates the coffee bean from the rest of the fruit before roasting. Some specialist teas also rely on fermentation by moulds!

Other fermented foods from around the world use beans, vegetables, fruit, honey, fish and, meat. There’s a long list, so here are a few examples:

To summarise; in this imagining, without fermentation, our diets would be unbelievably dull. And unwholesome. Could restaurants even exist? 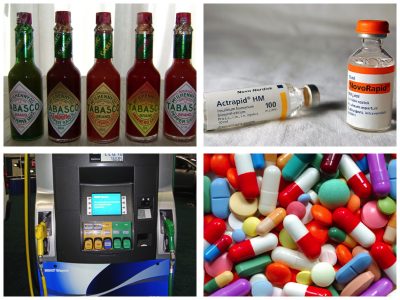 These days, industrial quantities of biofuels and agricultural feeds are all reliant on fermentation. Fermentation even digests our waste, as a visit to a sewage work demonstrates.

However, controlling fermentation has also transformed medicine. Perhaps the most famous example of this is the mass production of the antibiotic penicillin from the Penicillium mould. It was only in the 1940s that fermentation could make it on a sufficiently large scale. This discovery was just in time for D-Day. Post-war developments then enabled a range of similar antibiotics like streptomycin and tetracycline. These have saved countless millions of civilian and military lives.

Consequently, our biotechnologies are now multi-million-pound industries. They nearly all rely on controlled fermentation of yeast, bacteria and fungi to enable mass production. Similarly, there wouldn’t be easy availability of Insulin, Statins, or Interferon.

Finally, human digestion relies on fermentation too as without our gut bacteria, well, I’ll leave it to your imagination. As Shrek once said, “better out than in”.

If you’re ever passing Arbois, a lovely wine town in France’s Jura region, pay a visit to Pasteur’s house. It’s now a museum of Zymology. Our world would be even nastier and brutish without it.