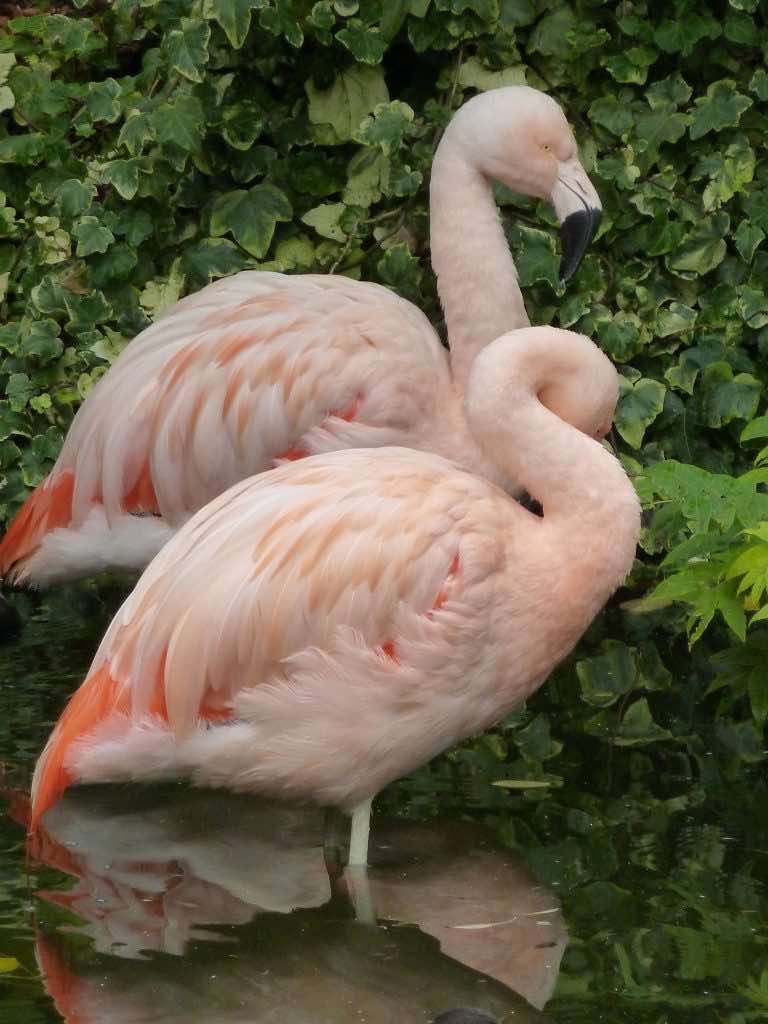 Jerry Cornelius, The Nature of the Catastrophe, Part 2

Jerry slowly poured the first wine, Champagne Louis Roederer Cristal, 1900. He read out the label without pausing for breath,

“created especially for Tsar Alexander III, by the grace of God, Emperor and Autocrat of all the Russias, of Moscow, Kyiv, Vladimir, Novgorod, Tsar of Kazan, Tsar of Astrakhan, Tsar of Poland, Tsar of Siberia, Tsar of Tauric Chersonesos, Tsar of Georgia, Lord of Pskov, and Grand Duke of Smolensk, Lithuania, Volhynia, Podolia, and Finland, Prince of Estonia, Livonia, Courland and Semigalia, Samogitia, Belostok, Karelia, Tver, Yugra, Perm, Vyatka, Bulgaria, and other territories; Lord and Grand Duke of Nizhni Novgorod, Sovereign of Chernihiv, Ryazan, Polotsk, Rostov, Yroslavl, Beloozero, Udoria, Obdoria, Kondia, Vitebsk, Msislavl, and all northern territories; Sovereign of Iveria, Kartalinia, and the Kabardinian lands and Armenian territories – hereditary Lord and Ruler of the Circassians and Mountain Princes and others; Lord of Turkestan, Heir of Norway, Duke of Schleiswig, Holstein, Stormarn, Dithmarschen, Oldenburg, and so forth, and so forth, and so forth.”

‘Too good for all those Rappers. How did you get this?’

‘After the 1917 revolution and the execution of the Romanov family, a lot of their wines were moved from the Imperial palaces in St. Petersburg to cellars at Massandra on the Black sea coast. Did you know that Massandra once had 21 cellars, each 150 feet long, stacked with over a million bottles of wine?’

Jerry shrugged, ‘Well the Cristal was given to me as payment some years later for a little job I did in Mexico…’

‘Not on Trotsky, that was someone else surely?’ spluttered Spiro Koutroboussis.

‘Oh, Ramón took the blame, I took the wine…’

Fearing that he might have revealed too much to his guests, Jerry decided to move on.

‘Next up is a Riesling from the Antarctic Peninsula, Chronos Cuvée Adélie 2089. See what you make of this.’

The label showed a small black and white Penguin, long-extinct, as the central motif on a ying-yang background. Underneath it said Chronos – Jherek Carnelian’s boutique organic winery at Exasperation Inlet.

Global warming melted the south polar icecap even more rapidly than had been predicted. The climate of the Antarctic Peninsula had become remarkably mild and was colonised by refugees fleeing rising sea levels. Previously upland sites had been planted with vines, in particular by those New Zealanders that had left the submerged region of Hawkes Bay behind them. Antarctic Riesling developed a cult following amongst the oil riggers in the boom-town bars of Port Stanley during the early 22nd Century.

‘This is marvellous’, exclaimed the Bishop, quickly pouring himself another glass.

‘Wouldn’t have thought it was sweet enough for you, Bishop, though I love the kerosene’, said Major Nye. ‘Do leave some for the others, there’s a good chap’.

‘I thought Port Stanley was utterly destroyed by Sonic Attack?

‘Escape? I thought only of myself.’

A third wine appeared, to the joy of those waiting for the reds.

‘There are no certainties in this business, Miss P, but look at the bottle.’

A picture of a Stalinesque face stared out from the bottle – Big Brother himself. A bushy moustache and eyes that seemed to follow you from wherever the bottle stood. The back label meanwhile repeated the mantra of Ingsoc: War is Peace – Freedom is Slavery – Ignorance is Strength.

‘I found this deep in the bowels of the Ministry of Plenty’, said Jerry. ‘It had been liberated by victorious Oceanic troops. Then I stole it right from under the noses of the highest Party echelon; they’d turned their telescreens off. Of course, that was never reported.’

He paused. ‘Eurasia, or was it Eastasia? Anyway, it hardly matters.’

‘’ere, Jerry, this drop’s bleedin’ revolting’ exclaimed Mrs Cornelius. Jerry’s mum banged her glass back down on the table with a plump hand. There were mutterings of agreement around the room. The high acidity, rasping tannins and an overpowering smell of burnt rubber were highly offensive.

A small blond man rolled his eyes toward the ceiling. ‘Doubleplusungood is, I believe, the correct description’, interjected Winston Smith, who was sitting near the front.

‘I thought you were bringing great wines along, not this rubbish’, exclaimed Miss Brunner.

‘You’re missing the point’, interjected Winston, ‘what makes drinking this a truly delightful experience is committing the act of criticism.’

In the Gents, Jerry Cornelius struck up a conversation with Rudolph Steiner while they were washing their hands for at least twenty seconds.

‘I never took you for a wine buff’, enquired Steiner.

‘Nor you’, retorted Jerry.

Jerry moved to dry his hands on a towel and continued. ‘I’m no expert. But the concept of balance, whether it’s between the acidity and tannin in the wine, or between order and chaos – it’s all the much the same in the end.’

‘We have much in common’, smiled Steiner. In my own field, I seek a path of knowledge, to guide the spiritual in the human being to the spiritual in the universe. I experience, as an essential need of life, certain questions on the nature of the human being and the universe, just as one experiences hunger and thirst. A pity we never met at the Goetheanum.’

‘Our fourth wine, ladies and gentlemen, is Château L 2055, a claret from the Mèdoc. The Château was classed under the famous 1855 Classification as a Second Growth. In 2050 they became the last winery left in Bordeaux, so they promoted themselves up to First Growth.’

‘Isn’t that a bit underhand?’

‘Well, there was no-one left to argue with them, but it was certainly a bit pretentious’.

Château L held on against the mounting heat and encroaching desert thanks to their own desalination plant, bought second hand from Saudi Arabia. The precious water it provided was used for the irrigation of genetically modified Cabernet Sauvignon and Merlot vines engineered for drought resistance.

The wine was a mellow experience that produced a hazy feeling of wellbeing and reflection in all the guests. After a lengthy interval, Jerry explained that a not unwelcome by-product from the genetically modified grapes was the presence of a very high level of Prozac in the wine. Indeed, the inclusion of antidepressants had been written into the French Appellation rules at the behest of the pharmaceutical industry in 2035.

‘I approve wholeheartedly,’ said William Burroughs, ‘Is that the reason why this wine scored 101 points?’

‘So, what happened then?’

‘I blew them all to Kingdom Come’ said Jerry. ‘Ask Miss Brunner about it afterwards, she was there.’

Now for a change of pace. ‘I bought this, our fifth wine, from John Chaucer in 1347. John was, indeed is, a wealthy wine merchant in the part of London down by the Thames known as The Vintry. You may not know of him, but you probably have heard of his son Geoffrey.’

The wine poured was a Cot from Cahors, pure Malbec, bible black. Silky, medicinal and warming, appreciative noises through the room. Jerry continued.

‘This stuff was an absolute steal, though I don’t know the exact vintage.’

‘Well, here’s the story – the Chaucer’s had boarded up their Inn and were heading off to the country in an attempt to avoid an outbreak of plague. So John was more than happy to exchange his last barrel of Cot for a few handfuls of my tetracycline tablets. Also, as most of his customers were on the way to becoming corpses, the bottom had rather dropped out of the market. John told me that this wine is good against all manner of ills and distempers but not remotely useful in preventing pestilence.’

By the time the final wine appeared, it was getting late. The amber fluid in everyone’s glass was old, sweet and highly alcoholic. Jerry diluted his with water before announcing it to the audience as that finest of Roman wines, Falernian Faustian.

‘Perhaps not the best vintage, but certainly the most memorable one.’

In 79 AD Jerry had paid a visit to his close relative, Publius Cornelius Tacitus, at his villa in Pompeii and bought several amphorae of wine from him. Afterwards, Jerry and Publius sat on the xystus one warm August afternoon getting pleasantly sloshed on Falernian and Vesbius. They had barely noticed the constant rain of red hot Vesuvian ash that had been falling since midday. The covered portico of the villa had offered them temporary protection. Now, this ash was waist-high in the Villa’s lower garden. Neither man appeared to show any alarm, though Publius was irritated that they would not be able to stroll there and admire his ornamental shrubs.

By late afternoon the sun was obscured by clouds, of choking ash. The diabolical scene was lit only by flames from nearby buildings that had begun to burn. Nearby someone screamed, the noise of panicking crowds was becoming intrusive. ‘Mmm, time to go’, said Jerry, emptying his glass. With torches to light the way, both men walked down the  Via Stabiae. Then, taking the road south they narrowly avoided the nuée ardente that was rushing down the slopes of Vesuvius towards the city. Neither man looked back.

‘A health warning’, said Jerry. ‘Falernian contains defrutum, a preservative which unfortunately contains lead. So by drinking this, you risk gout or brain damage – or both.’

‘Not that there’s time for anyone to worry about that now.’

The evening suddenly came to an abrupt conclusion. Jerry Cornelius pulled on his car coat and then, in a rare fit of sentimentality, he decided to thank everyone for coming. He exchanged handshakes and back-slaps. Air kisses were accompanied by ‘mwah’ sounds. Others offered high-fives. Some bowed, while one or two genuflected. Only a few kept their distance.

Shakey Mo began to clear the empty glasses away.

Una Persson walked over to Jerry, and they embraced. He felt the reassuring weight of the vibragun in his coat pocket as he held her slim body to him. She whispered in his ear a few lines of Dylan:

Oh, what’ll you do now, my darling young one?’

‘Oh, damn, I forgot to invite him! Never mind, maybe next time, eh? Come on, Bryan, sing up.’ Laughing together and holding hands, they turned towards the guests and sang at the tops of their voices:

I’m a-going back out ‘fore the rain starts a-falling,

I’ll walk to the depths of the deepest black forest,

Where the people are many, and their hands are all empty,

Where the pellets of poison are flooding their waters,

The home in the valley meets the damp dirty prison,

Where the executioner’s face is always well hidden,

Where hunger is ugly, where souls are forgotten,

Black is the colour, where none is the number,

And I’ll tell it and think it and speak it and breathe it,

Reflect it from the mountain so all souls can see it,

Una Persson and Jerry Cornelius hugged one last time. When she released him, they gazed at one another for a few seconds. Then the spell broke, and Una turned away. Jerry calmed himself, took a deep breath and then walked quickly past the remaining guests, through the Pavilion doors out into the Spanish Garden towards the airship.

Overhead, one by one, the stars were going out.

I hope you read part 1 first. Meanwhile, Michael Moorcock can be found here. My previous Jerry Cornelius story is here.

Jerry Cornelius will return. When I can find him.