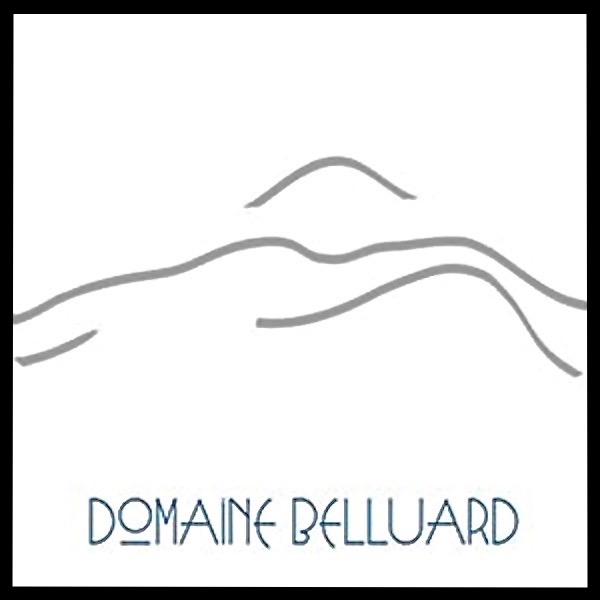 This article is about Savoie’s most excellent white wine, Le Feu, made at Domaine Belluard. It’s written as a small memorial tribute to Dominique Belluard, pioneering owner of the Domaine. He tragically took his own life, age 55.

Dominique Belluard farmed this small biodynamic estate at Ayse. It’s in the heart of the Haut Savoie valley of l’Arve in The French Alps. He was the third generation of the family to run it and took charge in 1988, converting it to biodynamic farming in 2001. Ayse (also spelt Ayze) is a Savoie wine “Cru” and is located just off the A40 Autoroute Blanche near Chamonix.

This Alpine domaine is at 450 metres, shared with orchards and dairy cattle. As a backdrop, nearby Mont Blanc provides the visual drama for these south-facing vineyards, some of which date back at least to the 13th Century.

The conditions here are remarkable – heat generated under clear skies by day ensures grape ripeness, yet the cold nights also help retain crystalline acidity and jasmine aromas. The Domaine makes a range of excellent wines from the local Savoie grapes, such as Altesse for white and Mondeuse for red. However, they also grow something almost unique –  the ultra-rare Gringet grape, a later-ripening variety, found nowhere else in the world but Ayse.

Contrary to previous thought, DNA testing has disproved any relationship with the Savagnin grape of the nearby Jura. Instead, it’s an autochthonous grape variety whose origins and parentage remain unknown. Some claim it has been in Ayse since pre-Roman times. Others suggest that itinerant medieval Monks brought it from Cyprus. Unfortunately, we may never know for sure.

Indeed, Belluard rescued and now grows the vast majority of Gringet. Currently, there are 26 hectares of it surviving, with 22 of them in Ayse.  At Belluard, most of the Gringet is used for a white still white wine called Les Alpes, plus traditional-method sparkling wines. However, Le Feu is the top cuvée, made in tiny quantities in the best years. It’s a single vineyard wine so named because the old-vine Gringet used for it grows on steep red-streaked glacial deposits rich in iron called Terre Feu. Yields are meagre, at some 35 hl/ha, and the wine ferments and ages on its lees in concrete eggs. Natural yeasts are employed, and the use of sulphur is minimal.

Le Feu is a mid-yellow colour; the nose initially has a light rose aroma and a hint of aniseed, expressing jasmine as it warms in the glass. It’s finely delineated and ethereal.

The palate invites all those clichés about inhaling crisp mountain air and skinny-dipping in mountain streams. What it has in abundance is precision, focus and silken acidity. Flavour-wise, there are gentle hints of peach, pear, and quince. There’s an intriguing sarsaparilla note before a glimpse of honey rounds things off. There’s an excellent balance of fruit, acidity and the relatively light 12.5% alcohol. Le Feu is subtle stuff that will have you refilling your glass in indecent haste.

Le Feu 2017 is a thing of beauty that leaves a deep impression. It’s starting to develop a honeyed tone and would probably last for another decade. Food-wise, this is a versatile white wine to match with local cuisines such as fondue, tartiflette and cheeses.

However, it’s at its most delightful with fish such as Trout or, better still, its Alpine relative, the wonderfully delicate Omble Chevalier.

My first ever encounter of Le Feu was from the 2006 vintage. That bottle was one of those rare wines that make you want to visit and find out more. So, of course, I did. But please remember that wine growing may create something beautiful, but it isn’t remotely romantic. It’s hard toil, not just physically, but mentally as well.

Rest easy, Dominique Belluard, with sincere condolences to your friends and family.