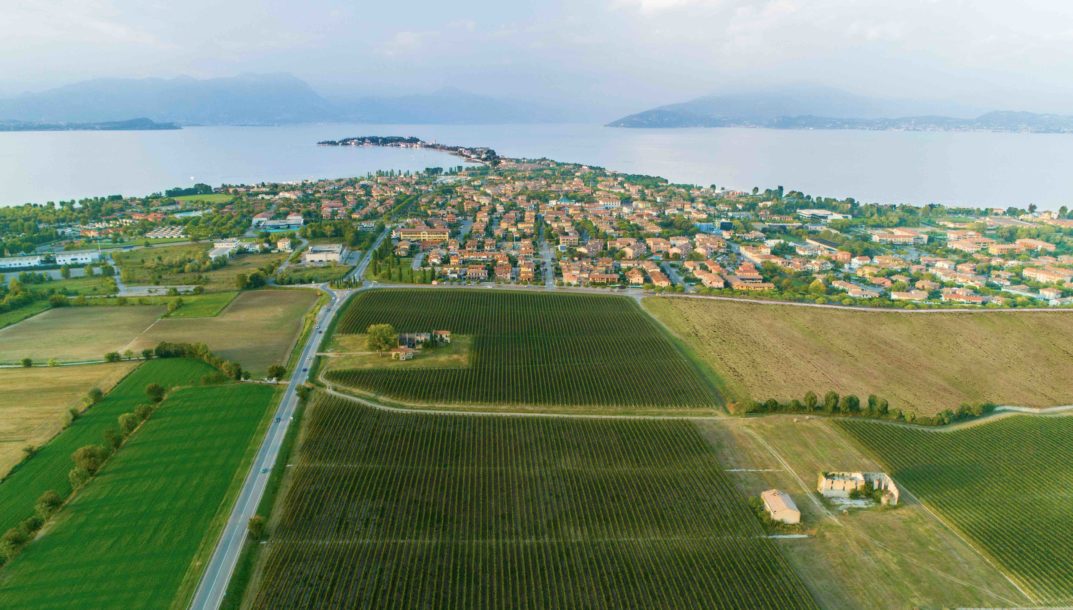 Le Fornaci is an ongoing wine project by the Tommasi family. It’s in the Lugana DOC on the southern tip of Lake Garda. Gradually, this project has come to fruition, and the latest 2020 release is a beauty. (Update – so is 2021). Here’s why.

Tommasi is arguably so well known that they need little by way of introduction. This business started in 1902 with just five hectares of vines and is now a wine colossus. In the present day, nine members of the fourth generation now run Tommasi Family Estates. They now own 599 hectares of vines across Italy, producing 3.4 million bottles of high-quality wine each year from six wineries, of which 86% goes for worldwide export. With more than 50 wines in their portfolio, it can be hard to keep track. However, their most famous wines are two reds. Amarone Classico is their masterpiece, first made in 1959, while their Valpolicella Ripasso Classico Superiore is one of the best examples of the style. Those two wines will feature in a future article.

This Italian powerhouse has expanded successfully across five Italian wine regions; Veneto, Lombardy, Tuscany, Basilicata and Puglia. Despite their size, their focus continues to be on quality, terroir, and value. They also have clear sustainability policies.

In addition, Tommasi has long recognised the connection of wine marketing with tourism and hospitality, and so it also owns agriturismo, restaurants, hotels and a spa. Indeed, I recall visiting their wine cellar in Valpolicella when it was being extended a decade or so ago and marvelling at their (then) new centrepiece wine barrel, called Magnifica. This gigantic oak cask is made by the renowned Garbellotto cooperage ages 33,300 litres of Amarone (44,400 regular bottles) and is in the Guinness Book of Records. That’s memorable marketing!

Lugana DOC, at the southern end of Lake Garda, is a tiny DOC with a big personality. It’s been a DOC just for white wine since 1967, and so it was one of Italy’s earliest appellations. It’s only 2,107 hectares in size with some 125 producers. Tourists flock to this beautiful area, and the lakeshore towns of Desenzano, Sirmione and Peschiera have been resorts since Roman times. Then known as Lacus Lucanus (the Lake in the woods), the forest and marshlands are long gone, cleared by the Venetians for agriculture in the fifteenth century. Tourism also means that there has always been a ready local market for Lugana wines. Hence while they have an enviable local reputation, wider recognition from abroad has come chiefly during the past decade.

Unusually, Lugana is one of the few DOCs that straddle two Italian regions: Lombardy to the west and Veneto to the east. While 90% of the vines grow in Lombardy,  60% of the winemaking is in Veneto.

This diamond-shaped region occupies a flat glacial plain. Near the lakeshore, the soils are of calcareous clay, which is ideal for brick-making. However, head five km south towards San Martino della Battaglia, and this gradually changes to low hills with sandy soils containing gravel and silt. And while temperatures here can soar, they are moderated by the proximity to the Lake and the constant cooling breezes that ensue.

However, Lugana’s claim to greatness also derives from its local white grape, called Turbiana. This variety has had many names, and DNA testing shows it to be a biotype of the Verdicchio grape variety of Italy’s Le Marche region. Indeed, because this grape is in Lugana’s medieval records, it may originate from Lake Garda. Once known as Trebbiano di Lugana, DNA testing shows it’s the same grape as the Trebbiano di Soave too. So this is not just “any old” Trebbiano (of which there are many) but a white grape that’s one of Italy’s best.

While DNA proves the pedigree, Turbiana has long adapted to the Lugana terroir. The microclimate and soils encourage a unique aroma and flavour profile different from Soave or Le Marche. Turbiana grapes ripen evenly and slowly, providing richness while retaining their refreshing acidity. Therefore, the resulting Lugana wines can be consumed young but can also age well.

The DOC stipulates that Turbiana must make up at least 90% of the wine, though, in reality, most are 100%. If there is another component, it’s usually Friulano or Chardonnay. Meanwhile, 95% of all production is dry and still white. The DOC also allows for fizz and a sweet late harvest (vendange tardive) wine.

As far as the dry wines are concerned, the majority are simply Bianco, typically aged for 3-4 months on the lees. However, Superiore indicates at least 12 months of ageing, while Riserva insists on at least 24 months, including six months in the bottle. There are no other ageing rules. Hence, some oaked examples exist because Turbiana and wood can play nicely together. Generally speaking, any overt oak flavours in the wine have reduced in recent years.

Perhaps unsurprisingly then, Tommasi has made a white Lugana DOC wine that has been in their portfolio for many years. However, in 2013 they recognised that Lugana had the quality potential to eventually produce its flagship white wine. It would, in turn, bring opportunities to use their expertise in tourism and hospitality. And so, the Le Fornaci project was born.

Le Fornaci means Furnace, named after a local Roman brick kiln. It now comprises three vineyard plots planted with Turbiana. Totalling 45 hectares,  40 are currently in production. Two older vineyards are situated inland on sandier soils near San Martino di Battaglia. The third and youngest plot is near the Lake on clay soils at Sirmione, and since 2019 its vines have contributed to le Fornaci. This vineyard adds more body and structure to the wine, complementing the aroma and elegance of the other two.

The grapes are machine-harvested at night, ensuring a rapid harvest when the grapes are at their lowest temperature. It’s an essential quality point because, at present, the grapes must travel for 45 minutes to Tommasi’s winery in Pedemonte di Valpolicella. However, this is a temporary measure because Tommasi will build a dedicated winery at Sirmione next to the Le Fornaci vines. It will increase scale and quality while also providing a new tourism and hospitality venue.

Le Fornaci Bianco is an exciting wine and terrific value too. It’s sealed under Nomacorc’s “Select Green 300” Zero Carbon closure. It’s 12.5% alcohol, which gives it lightness, elegance and poise, carefully balanced with the weight of fruit and fresh acidity. This young wine has a greenish tinge in the glass, while the nose initially shows elderflower, lemon and grapefruit.

The wine is exuberant, dry, and full-bodied. Fruit subtlety comes in a melange of green apple, honeysuckle and lime. The long almond finish features a hint of moreish salinity.

Le Fornaci is a wine that also manages that great trick of being hugely enjoyable right now when young while also rewarding patience if aged.

The new release of Le Fornaci is due out in the UK in April 2022. A sneak preview tasting shows this wine as good as 2020 at the same stage of evolution. It’s remarkably similar, not because Tommasi has deliberately tried to create consistency, rather than that the two vintages in Lugana had very similar conditions. Buy with confidence!

Le Fornaci is a versatile white wine for a range of dining experiences, whether it be alfresco antipasti or formal occasions. A creamy risotto will work just as well as a plate of oysters or langoustines. Sashimi/Sushi will be ideal too. But, of course, the classic match is fish, whether from freshwater or the ocean. This bottle accompanied a grilled Salmon steak slathered with homemade wild garlic pesto. A magical summer treat!

The first of these is a premium rosé, already sold out. It’s 12.5% and a blend of 90% Turbiana white from Le Fornaci plus 10% Rondinella red from a Tommasi vineyard near Peschiera. Under the rules, this can’t be a Lugana DOC, so it’s a Vino Rosato.

The release of Tommasi’s Lugana Riserva DOC 2018 is in September 2021 and promises to be pretty unique as it’ll be their first one. It’s a hand-picked selection of the best Turbiana, only from the youngest Sirmione vineyard; hence it has more power and structure at 13.5%. 25% of it ages for 18 months in 500-litre French oak. The remaining 75% ages 18 months in stainless steel. After blending, it’s given another six months of bottle age. With only 3,327 bottles made, this wine will represent the pinnacle of Le Fornaci.

My thanks, of course, to Pierangelo Tommasi for the details about Le Fornaci, supplemented by information from the Consorzio Tutela Lugana DOC