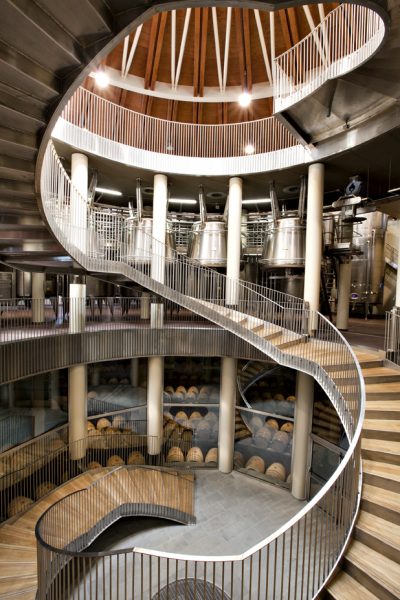 Le Mortelle, a rising star in the Maremma

The Antinori family has been in the wine business for over six hundred years, documenting this back to 1385, across 26 generations. Has anyone done more for raising the profile of Italian wines than the current head of the family, Marchese Piero Antinori? Back in the seventies he created the Super Tuscan category with Tignanello,  still the most beautiful example, and followed that up with another, Solaia.

Antinori has meantime become a vinous superpower, with many estates and joint ventures in their portfolio; not just in Italy but around the world.

Back to Le Mortelle. It’s in the Maremma, about 20 km from the town of Grossetto. Here there is still room to create brand new ventures, where the land is cheaper than in more established famous areas.

The Maremma remains Tuscany’s New World, a frontier without a long tradition of winemaking. The DOC was only created in 2011, just sixteen years after the first IGT’s appeared. This coastal strip is still unspoiled, a once pestilential marsh and swamp until drained for pasture in the twentieth century. The farms here are on flat plains and low rolling hills, still mostly devoted to cattle, olives and fruit.

Mortella (Wild Myrtle) is a flowering shrub commonly found in these parts and lends its name to the estate. It was a fruit farm until bought from the Barabino family in 1999. The creation of a sizeable wine estate takes years and a considerable investment that won’t pay back for decades, so such projects need patience and faith in the future as well as deep pockets. The Antinori’s are here for the long term.

The entire estate spans 270 ha and is organic. The Le Mortelle vineyards themselves are impressive. There is 170 ha in total, planted predominantly with Cabernet Franc and Cabernet Sauvignon, with a small plot of Carménère for red grapes. Vermentino, Ansonica (aka Inzolia) and Viognier are the white varieties planted. The sandy loam soils and mild coastal climate suit these varieties well.

The winery is, by any standards, a breathtaking construction. While you don’t need fancy buildings to make wine, Le Mortelle demonstrates environmental purpose where form follows function. That it is also beautiful is a bonus. The winery was designed and built by AEI Progetti of Florence between 2007 and 2009, at the cost of €11 million. It’s mainly constructed underground to minimise environmental impact. Hence there is no sight of it apart from a small hill. A plain entrance leaves you unprepared for what is inside.

Within is a vast circular cavern excavated out of solid rock, a 60-metre diameter, cylindrical cathedral of steel and concrete that burrows down three stories. The winery uses gravity to move the wine rather than pumps; this is gentle, efficient and uses little energy.

The entrance is on the top floor. Opposite, on the far side, is the grape reception. Below this, the second-floor ring has stainless steel fermenters and storage tanks, many double-height to maximise the best use of the space. On the third base level, 25 metres underground, five concentric rings of French oak barriques mature the top wines. This circular barrel hall has constant humidity and temperature, so requiring no energy input.

An imposing central helical spiral staircase links the floors and turns Le Mortelle into a single atrium. The roof is a vast dome of wood and steel girders. A single central lantern aids the ingress of natural light. That means that while most of this building is underground, artificial lighting is minimal.

Le Mortelle also demonstrates sound environmental credentials right through the production chain, complementing the organic viticulture. As well as low energy usage, everything is designed to be carbon neutral. For example, all wineries use large amounts of fresh water. Hence this comes from the lakes and is recycled by phtyo-remediation. That’s a patented process where porous volcanic rock, plants, bacteria and algae filter the water naturally.

There are just three wines produced. The first wine released was a Bianco, Vivia, in 2008. Then came Botrosecco Rosso in 2009. The flagship red, Poggio alle Nane joined in 2012. Do they live up to the investment made? 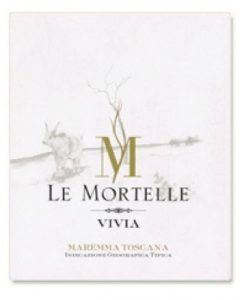 A white blend of equal parts Vermentino, Ansonica and Viognier. The Viognier adds volume and tropical notes, but doesn’t dominate the mix. It’s bone-dry, with good length and balance. The moderate alcohol features peach and citrus fruit. On the way, salty minerality provides a moreish finish. Vivia is a good description and 2017 is the new release. 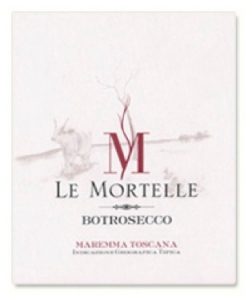 Botrosecco is 60% Cabernet Sauvignon and 40% Cabernet Franc for young drinking. The grapes are destemmed, given a cold maceration and ferment with wild yeasts in stainless steel. Subsequent maturation is in second-fill barrique for 12 months. Attractive deep ruby colour. Nose has red berry fruit with hints of herbs and pencil shavings. It opens up in the glass to show some herbal and balsamic character, without any noticeable wood effects. A stylish Bordeaux blend. Think of it as a kind of “Rosso” to the “Nobile” of the flagship red below, Poggio alle Nane. 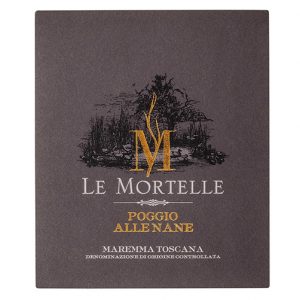 Poggio alle Nane is the wine upon which the reputation of Le Mortelle rests, the cru “Nobile” of the estate. This wine used to be a blend of 60% Cabernet Franc and 40% Cabernet Sauvignon. It then became 80% Cab Franc and 20% Cab Sauvignon; for me a significant improvement. The latest 2015 also has a little Carménère and is terrific.

It’s a deluxe package; hand-picked grapes, fermented in stainless steel with wild yeasts. It matures in predominantly new French oak barriques for 16 months, with a further ten months in bottle. A dark ruby colour, the nose is a softly wafting perfume; tobacco and herbs mixed in with red berry fruit. Still a little tannic but with concentration, elegance and energy, there are hints of juniper and an attractive balsamic and mocha edge.

My first visit to Le Mortelle was back in 2012. With several vintages now behind it, Le Mortelle has shown considerable progress. The early potential has now become a reality. In fact, the wines seem to improve with each new vintage. Buy all three Le Moretelle wines with complete confidence.

This new article updates and revises a previous article about Le Mortelle written at the time of the first releases. I’ve been tracking these wines ever since. For more on Maremma wines then try this.

Meanwhile for another emerging Tuscan star, look at this!