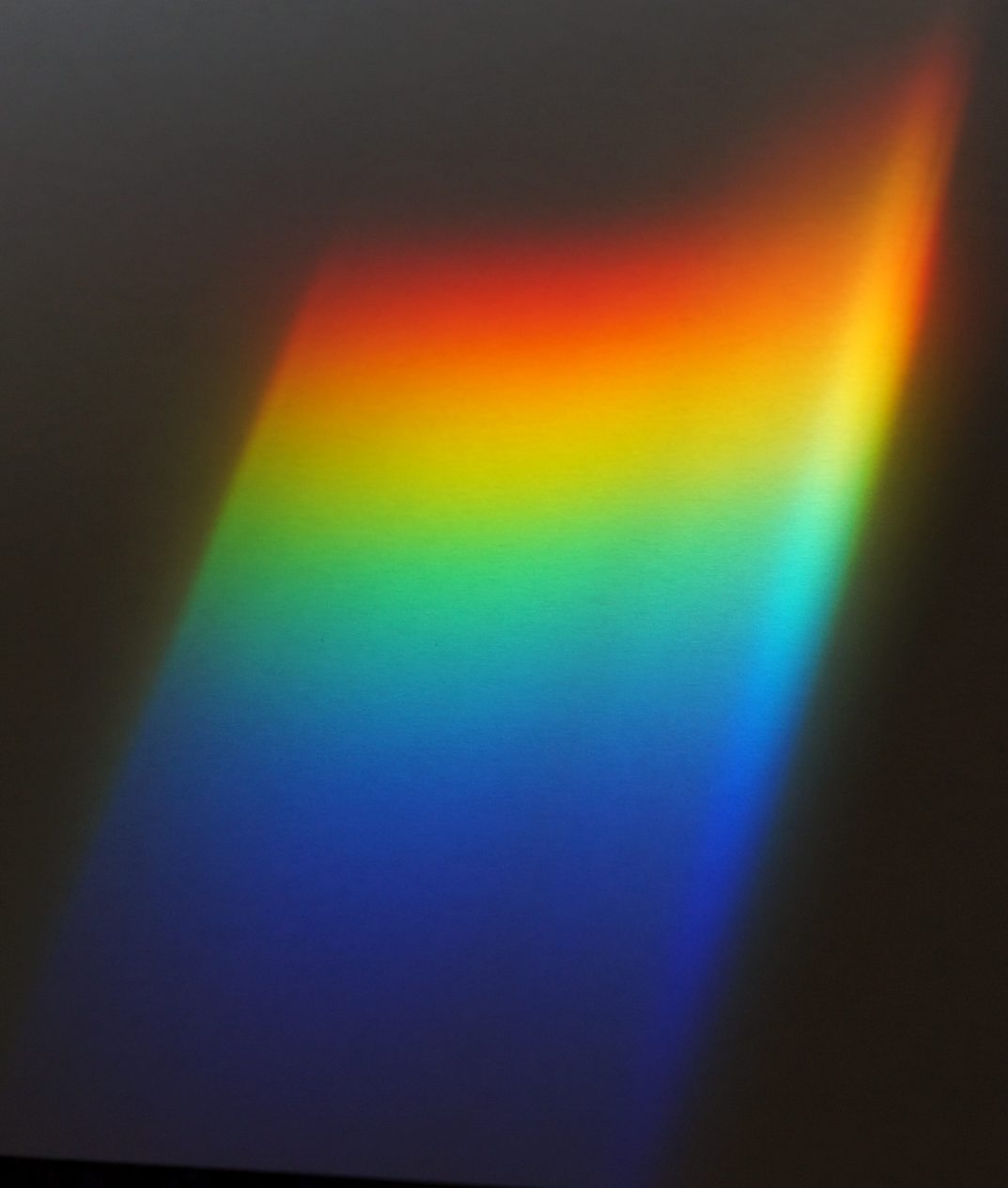 Incidences of lightstrike seem to be becoming an increasingly commonplace wine fault. At least, that’s my experience over the past couple of years. Whether at home, in restaurants, at tastings and even when wine judging. You may have noticed it too, as it’s foul-smelling. Curiously, it’s also a fault that’s less well known than some others, such as TCA.

In this article, I’ll attempt an explanation of what lightstrike is, how it occurs, how to recognise it and what you can do to avoid it.

You may recall a mnemonic from school science classes for remembering the wavelengths and colours of the visible light spectrum: Richard of York Gave Battle In Vain. In other words, a rainbow comprises red, yellow, green, blue, indigo and violet light. Lightstrike happens when a bottle of wine becomes exposed to the blue to ultraviolet wavelengths at around 350-450 nanometres.

Exposure triggers a photochemical reaction, where sulphur-containing amino acids in the wine transform into nasty smelling compounds. These include DMDS, (dimethyl disulphide), methanethiol and various aldehydes.

Some wine styles are more susceptible than others. Red wines have more natural protection from the light because they contain tannins. However, white, rosé, and sparkling wines have relatively little, or no tannins and are more at risk.

As the photochemical process occurs, the usual fruit aromas and flavours in the wine become tainted by smells akin to cooking cabbage and onion. Further exposure only intensifies the problem, revealing particularly unpleasant odours of compost, drains and sewage.

The wine spoils at whatever the concentration, as our noses can detect DMDS at just seven parts per billion! There is no remedy.

Meanwhile, with sparkling wines, the problem is potentially worse for two additional reasons. Firstly, the bubbles magnify those nasty aromas. Secondly, sparkling wines often have higher amounts of amino acids to convert because of their extended lees ageing.

What’s also worrisome is how quickly this process can happen, in just an hour or so.  And it’s not restricted to wine either; bottled beer suffers too. As does Tonic Water – you don’t want to taste what light does to quinine!

Now this problem has been around as long as winemaking. The French, responsible for so many of our wine terms, call it Goût de Lumière. That’s an attractive sounding phrase which doesn’t do justice to the nose-wrinkling experience.

Of course, there are ways of preventing light from affecting wine. That’s one reason why cellars are dark as well as providing stable temperature and humidity. It’s also why most wine bottles have always come in a range of colours – whether green, amber, brown or occasionally blue. The bottle colour offers a good deal of filter protection from the light wavelengths that do the damage, just as sunglasses protect our eyes.

The darker the glass, the better the protection. So, brown or amber glass blocks 90% of these wavelengths, while green blocks around 50%. It remains so regardless of the thickness of the glass used. Not surprisingly, clear glass offers the least protection, blocking less than 10% of the harmful rays, and this is even less with a lighter weight bottle.

If you’ve been fortunate to drink Louis Roederer Cristal Champagne, you will have seen that the Cristal bottle has no punt and is always clear glass (for reasons of assassination prevention). However, it always comes wrapped in amber-yellow cellophane (with its frankly irritating rustle). Expensive cellophane is there as lightstrike protection. But clear glass bottles aren’t restricted to such luxury drinks –  they’re in use at all price points.

And here we reach the nub of why lightstrike is increasingly common. The use of clear glass bottles (so-called flint glass) has increased in recent years for a wide variety of wines. It’s a trend driven by the popularity of rosé and sparkling wines but includes white wines.

That’s the thing about rosé, it’s the shade of pink which helps sell the wine on a crowded shelf, so clear glass packaging becomes essential cosmetic marketing. But unlike Cristal, few bottles come with extra protection.

Where does lightstrike happen?

So where does the problem happen? It’s hard to pin down because technically it could happen at any point in the supply chain, from getting the bottled wine from the winery to your glass.

In the winery, an entire batch of bottles could be affected before they are boxed and distributed. In reality, the principal cause is more likely to be that individual bottles become lightstruck from being on display in shops, supermarkets or restaurants.

Those destructive wavelengths aren’t just an occurrence in natural light. Artificial incandescent and fluorescent lights are just as harmful. Beware wines on display under lighting. And as for buying a bottle from a shop window – that’s just asking for trouble. Of course, how we undertake storage and handling at home can also be responsible.

There have been relatively few scientific studies undertaken compared to well-known faults such as TCA-corked wine, though here is a recent one. However, there doesn’t appear to be any industry estimates regarding the size or growth of lightstrike. Still, personal experiences suggest that the incidence of lightstrike has a worrisome upward trend. Because it’s less well known, many will erroneously blame lightstrike on the closure or the producer.

The wine industry needs a wake-up.

Of course, there are perfect bottles in clear glass, which are at most risk of being lightstruck. Unfortunately, my experience shows a high number of failures too. Meanwhile, although some producers have switched to darker colours, asking the vast wine industry to change to darker glass quickly is akin to tilting at windmills.

Customer and industry awareness seems like the most practical approach to lessening the risk of a lightstruck bottle.

Lightstrike is no respecter of price, quality or provenance. It doesn’t matter whether the wine is a discounted supermarket quaffer or a hedonistic indulgence.

Regardless of the colour of your wine and the colour of the glass, avoid buying wine bottles from shop windows or shelving directly under lighting. Select bottles from the back or underneath the display or, even better, ask if you can have stored stock. Transport wine bottles out of sunlight and then find them a cool dark place until opening time.

Consider replacement LED lighting at home or in shops, as some (not all) LED bulbs emit less UV light. And if drinking wine outdoors, always keep the bottle out of sunlight, or even wrapped up, whatever the glass colour.

And finally, if the wine tastes horrible, with aroma and flavours of cabbage, compost and worse, don’t hesitate to send it back. Any reputable merchant or restaurant should deal with lightstrike without hesitation, offering a no-quibble replacement or a refund.

Don’t be Richard of York and give battle in vain. You’ve every right to the wine in your glass being just as the producer intended.

My thanks go to Plumpton College in East Sussex for providing some of the information used above. They’ve also created the annual Lightstrike Awareness Day, each June 21st, which, being the summer solstice, is the longest day in the year in the UK.

Have you encountered lightstruck wine? Let me know!

Meanwhile, I remain a fan of using glass bottles for wine in preference to other containers – they need to be used wisely, and I prefer coloured glass. See here for how the glass industry is making lighter and so more environmentally friendly bottles.