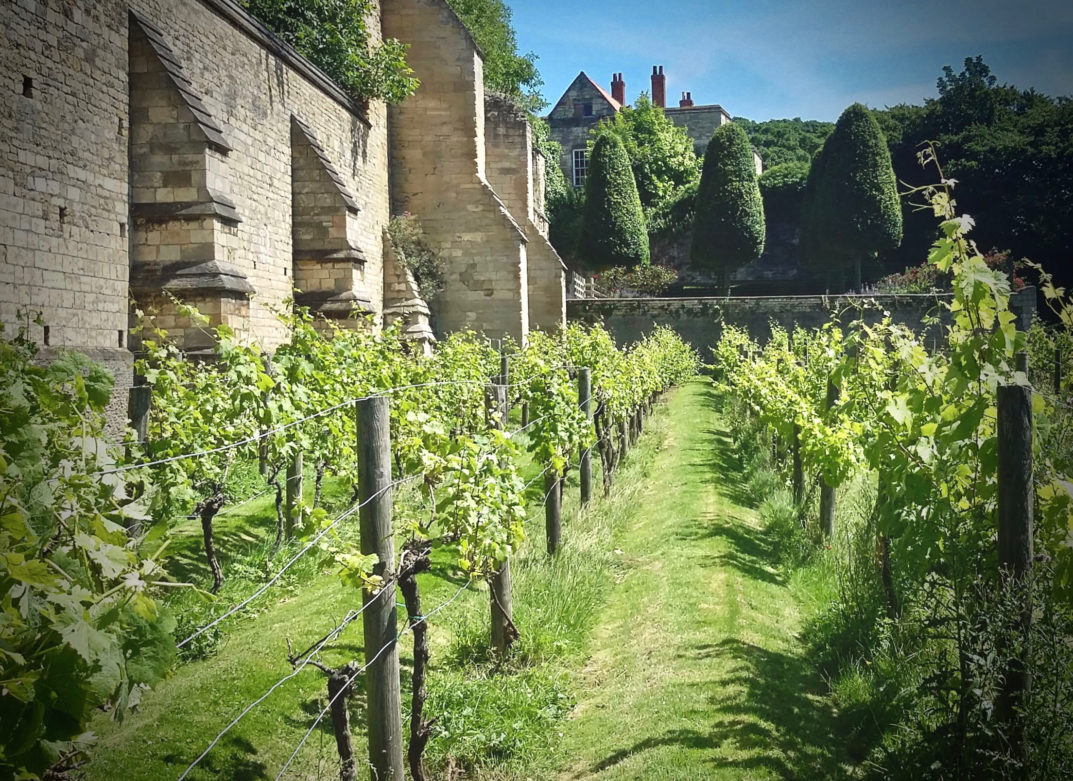 Lincolnshire is a wine-producing county too.

As many will know, English and Welsh wine has become a fantastic success, and our isles can now boast 178 wineries and 800 vineyards. Meanwhile, Lincolnshire, England’s second-largest county, is devoted to farming and fishing. As a result, it produces over 20% of Britain’s food and has an enviable food culture to match. But do you ever think of Lincolnshire as a wine-producing county? Probably not – so why not try Lincolnshire wine?

It’s generally thought that wine growing was introduced to Britain by the Romans, and we do know that Lincolnshire’s rich agriculture was an essential part of the Empire. Indeed, archaeological evidence suggests a Roman vineyard was at North Thoresby, on the Wolds near Grimsby, and there may have been others. After the Romans left Britain, the Church ensured viticulture’s survival. While records are lost, Lincoln Cathedral, together with the county’s one hundred Monasteries and Abbeys, may have had small vineyards providing wine for the clergy and Mass.

However, wine-growing ultimately died out in Britain after a perfect storm of events over time. The deteriorating climate became colder and wetter, while the Black Death and the Dissolution of the Monasteries also contributed to its demise. At the same time, there were better and cheaper wine imports, while farmers preferred more manageable and profitable crops and animals.

In 1972 a tiny vineyard of 0.1 hectares was established at the Medieval Bishop’s Palace in Lincoln, after a gap of many hundreds of years. Once England’s most northerly vineyard, it was replanted in 2012 and shows how Lincolnshire’s vineyards may have looked in medieval times.

Over the last thirty years, a combination of climate change, improved knowledge and skills, and a careful choice of grape varieties means that England has become a flourishing wine-producing nation. Lincolnshire now has eleven small vineyards, and there’s potential for more.

The Wolds, an Area of Outstanding Natural Beauty, has the same infertile chalk and limestone bedrock as Champagne and the Home Counties, offering good water drainage and heat retention.  South-facing hillside slopes maximise exposure to sunlight yet provide shelter from the worst weather. But, of course, it’s climate change that’s bringing an extended and warmer growing season where grapes can ripen consistently.

The grape varieties that are presently grown in Lincolnshire suit our inclement climate. These include Bacchus and Solaris in white and Rondo and Regent in red. Their names may be unfamiliar to many, but they can make excellent wines.

Creating a vineyard requires significant investment, entrepreneurship, and wine-growing skills. However, the rewards are in the bottle; white, rosé, red and sparkling wines that entrance even the most jaded palate. And some of those are now from Lincolnshire!

Ovens Farm Vineyard is at Harrington, in the southern Wolds. Simon and Bridget White purchased the farm in 2014 and then planted their first vines in 2015. They then built a winery for their first harvest in 2017. They have Bacchus and Solaris for dry whites, with the reds being Rondo and Pinot Noir Précoce. As well as making varietal still wines, there is a Brut Rosé Classic Method Sparkling wine made solely with the Pinot Noir, just like in Champagne.

Their wines won awards from the outset. The latest accolades include the Decanter World Wine Awards 2021, where their 2019 Bacchus won Silver (91 points) and their Solaris won Bronze (89 points). Currently, their wines are available via their website, while visits and tours are by prior appointment. Meantime, you’ll also find them listed in Lincolnshire restaurants such as the Michelin-starred Winteringham Fields and The Old Bakery in Lincoln. Their website also gives other Lincolnshire stockists. 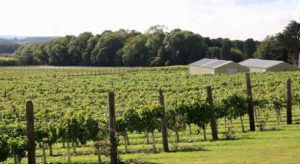 Somerby Vineyards occupy the northern chalk edge of the Lincolnshire Wolds, near Brigg. This vineyard and winery is also a prestigious award-winning wine producer.  The first vines were planted in 2006 by owner Bill Hobson, and the five hectares of vineyard are now fully productive, with room for further expansion. There’s Bacchus, Solaris and Phoenix in white, while reds are Rondo and Regent. On average, there are around 26,000 bottles of still white, rosé and red wine each year under the Magna Carta 1215 label. They’ve made a Brut Rosé sparkling wine too.

The wine range is available from the winery shop and local stockists, and two of them are in Waitrose. These are the Estate White, an unoaked white blend, and the Reserve Rondo, a red partially matured in oak barrels. 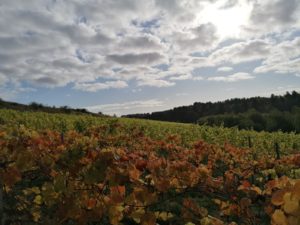 Shire Farm is near Spilsby in the southern Wolds, about five miles from Ovens Farm Vineyards. It’s become one of Britain’s largest certified biodynamic farms, with some of the produce used in their Aura-Soma range of skin-care products. A mixed farm, there are arable crops and animals, together with the 2.5 ha of vines planted in 2014: Rondo, Seyval Blanc, Solaris and Phoenix.

They make an excellent Brut Sparkling wine by blending all these under varieties and using the Classic Method. The farm is a great place to learn about biodynamic agriculture, regeneration and sustainability. The sparkling wine carries the Aura-Soma label and is available in the farm shop and from Aura-Soma outlets.

Lincolnshire wines, though still small in quantity, are big on quality. Within a few years, it’ll be warm enough in Lincolnshire to ripen the famous grape varieties such as Chardonnay and Pinot Noir, as has already happened further south. So the outlook for Lincolnshire wine is bright. Meanwhile, we can be proud of Lincolnshire wines and their authentic flavours and personality!

Do seek them out. I’m a convert, and I hope you will be too.