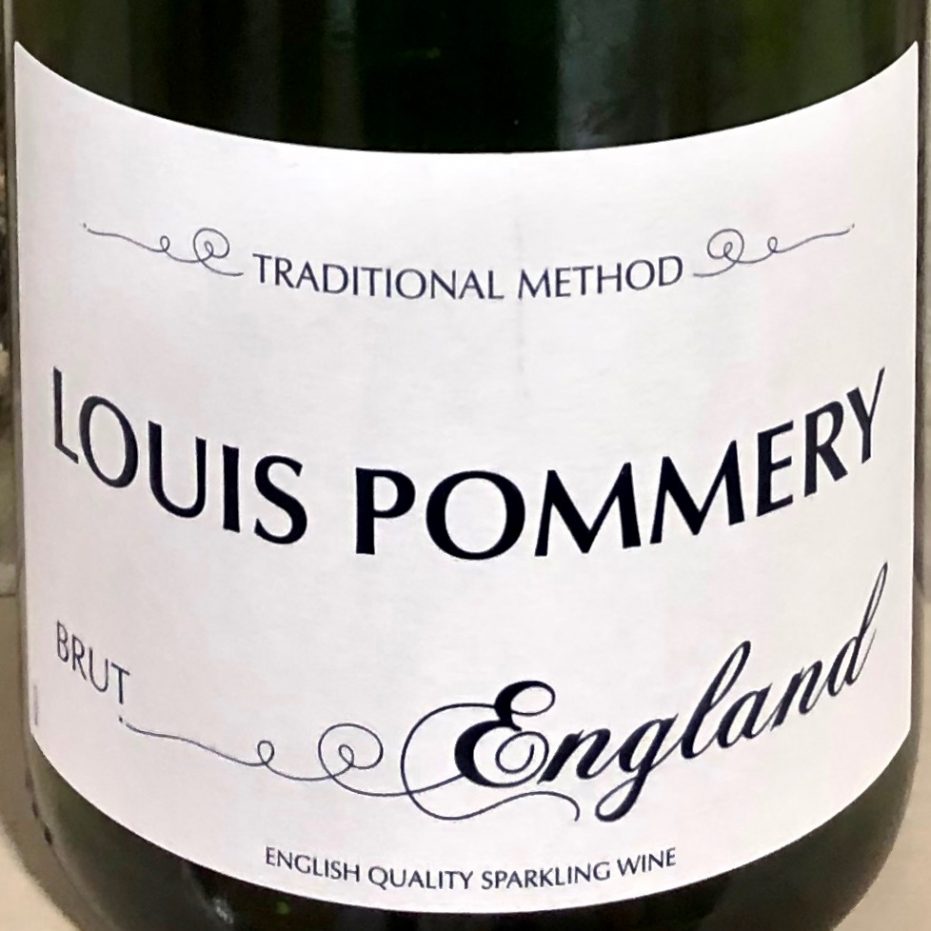 New vineyards take a long time to come on stream; they need 3-4 years before the first harvest. Then there are at least another couple of years to make sparkling wine, longer still if you want to include reserve wines from previous years. For example, Taittinger began planting Domaine Evremond in Kent in 2019, with their first harvest due in 2023. Expect the first harvest from Pommery’s Pinglestone vineyard in 2021, with the first bottles out in 2024.

Vranken-Pommery Monopole announced its joint-venture partnership with Hampshire producers Hattingley Valley in 2014, creating Louis Pommery England. Hattingley Valley had released its first wine in 2013 and now has a stellar reputation in English Sparkling Wine production. They’ve won nearly 100 awards and exported to sixteen countries to date. They are also founder members of the Sustainable WineGB initiative. 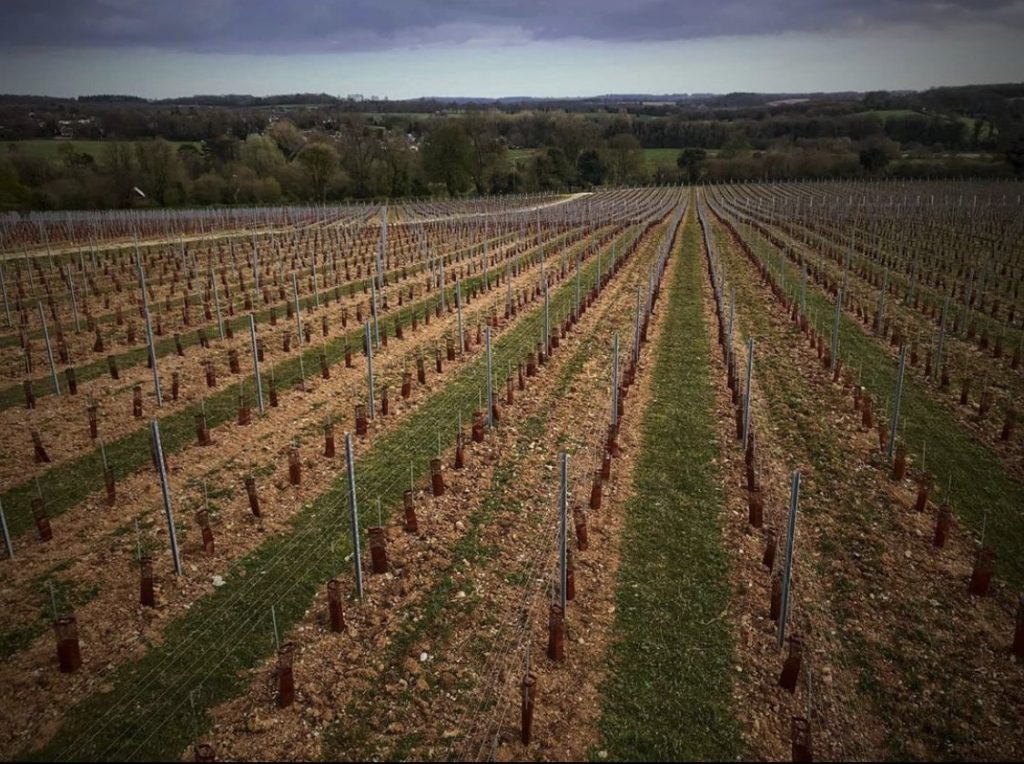 In 2014 Pommery acquired a 40-hectare vineyard site called Pinglestone, near Alresford in Hampshire, now planted with Chardonnay, Pinot Noir, and Pinot Meunier. They use the solar-powered Hattingley Valley winery nearby.

Pommery oversees the creation of Louis Pommery England. It’s different stylistically, whether from the Pommery Champagnes (their Cuvée Louise is a superb wine) or those from Hattingley Valley. So this isn’t a rebadged wine. Instead, Pommery creates it from English grapes according to their specification.

As already mentioned, their Pinglestone vineyard isn’t yet ready, so the grapes for Louis Pommery England were sourced from producers in Hampshire, Essex, and Sussex.

This Brut NV is a classic blend, 55% Chardonnay, with 37% Pinot Noir and 8% Pinot Meunier, with a dosage of 8 g/l. It sees no oak. I’m assuming a relatively short maturation period and possibly no or little use of Reserve wines – but that’s speculation rather than fact, as I don’t know the vintage or disgorgement dates. What’s certain is that this wine has a lighter, fresh, and subtle style without overt leesy or yeast aroma. It’s undoubtedly a stylistic contrast to the Hattingley Valley Classic Reserve Brut NV, which has more Pinot, some barrel-work, three years on the lees, and includes reserve wines.

You get in the glass the subtlety and dominance of Chardonnay, and it will be interesting to see how this wine ages in the bottle. A pale gold, there are vigorous bubble streams. Aromas are predominantly citrus, though a hint of currant leaf gives the Pinot away. In the glass, the first impression is of taughtness, like a wound-up spring. There’s a welcome acidic tension binding the combination of zesty lemon, crabapple, and white fruits. There’s not much autolytic yeasty character, but there’s an attractive chalky note instead.

In short, Louis Pommery England offers a moreish English Sparkling wine that’s elegant, light, and well-balanced. one that goes for subtlety rather than power. I wonder if a couple of years ageing in the bottle might unfurl it and possibly even develop some ginger notes. To find out, buy two, one for now and one for later.

This wine is making waves, having just won one of the 34 Gold Medals awarded in the WineGB awards 2020. That’s an impressive result, but it also shows just how much competition and stylistic differences there now are in the English Sparkling Wine category.

Because this wine is in a relatively light style, it works well as an apéritif and canapes. Or try with lightly smoked salmon or fresh trout. Sushi/Sashimi too, but go easy on the wasabi.

*Vranken-Pommery Monopole is the second biggest Champagne Group, comprising Champagne brands such as Pommery, Heidsieck Monopole, Vranken, Charles Lafitte, Demoiselle and Diamant. Their portfolio includes sparkling winemaking in England and California under the Louis Pommery brand. There are Port and Rosé wines too.

Addition 31 August 2021: Pinglestone Estate has become one of the first to carry the new “WineGB Sustainable Wines of Great Britain” trademark, as explained here.