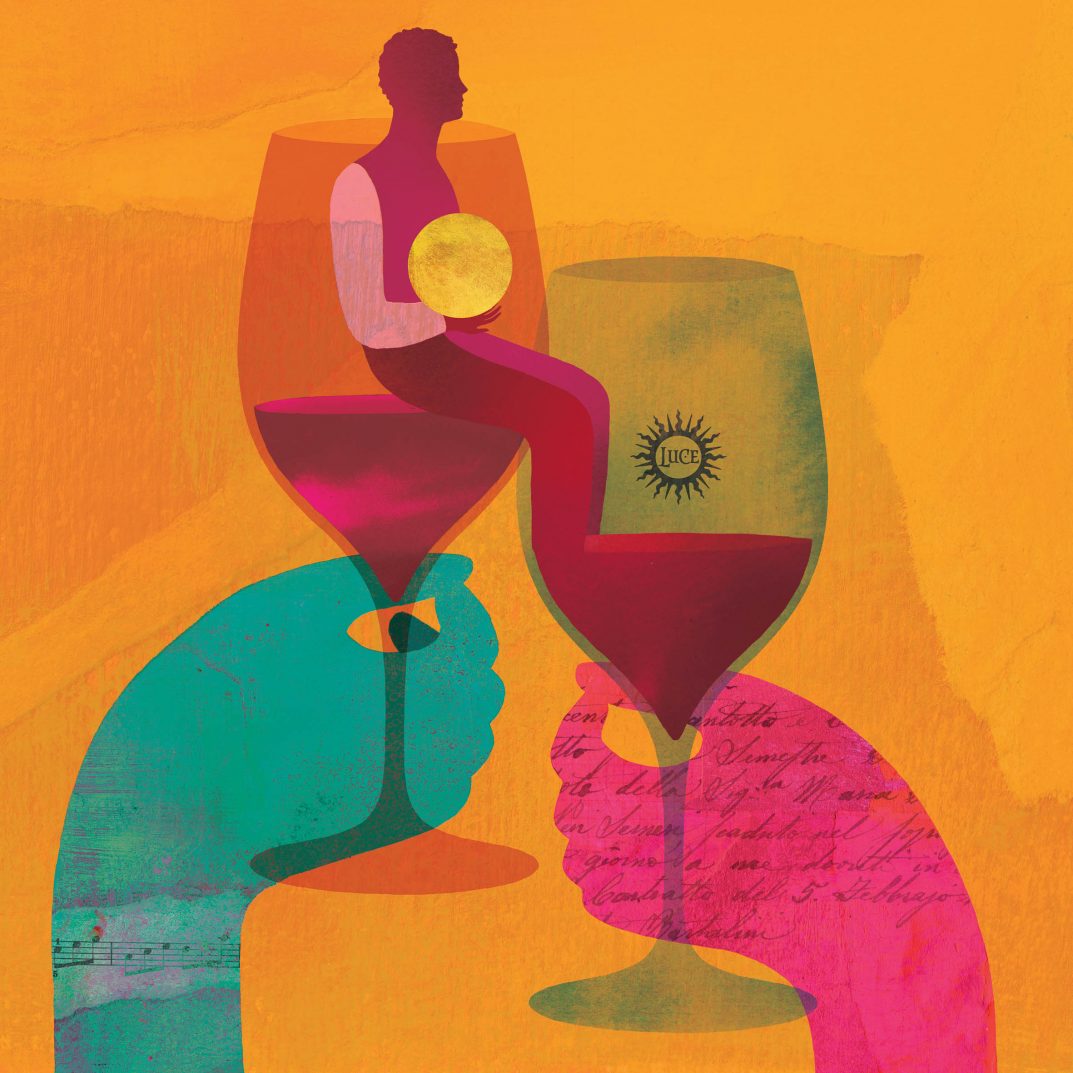 In 1993, Frescobaldi released their first vintage of Luce della Vita. 2020 marks a milestone, as their latest release of the 2017 vintage is their 25th.  For any wine producer, the release of the new vintage is always an exciting moment. However, when that vintage marks a quarter-century, it’s even more special. Time then, for celebrations.

I wrote about the previous 2016 vintage of Luce della Vita here. That included the origins of Tenuta Luce and how Luce became a Tuscan icon.

Suffice to say that Luce was the first Supertuscan wine from Montalcino, a land already famous for Sangiovese with Brunello DOCG. However, unlike that wine, Luce is a 50/50 blend of  Sangiovese and Merlot. Luce was initially a joint venture between Vittorio Frescobaldi and Robert Mondavi and is now 100% owned by Frescobaldi. Vittorio’s son, Lamberto, has been in charge since 2004. 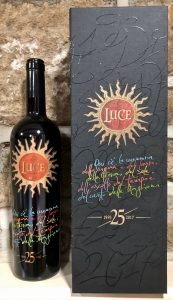 Luce’s packaging is exceptional. Luce is the flagship wine, but it’s also a luxury brand, the same way that premium Champagne is.  Of course, the primary roles of packaging are physical protection and security. However, the storytelling element of the brand, visual pleasure and environmental impact are essential too.

Visually, this edition of Luce makes an excellent gift for any wine lover.  Opening the box is a delight, the bottle inside picking up the same celebratory design themes. It’s all recyclable, and it’s good to see that Luce has retained their usual lightweight bottle.

A book is also available, called Luce Racconta Luce. In it, the photography is by Cris Toala Olivares, while the illustrations are by Anna Godeassi. It contains a reflection on five themes. These are respect, earth, beauty, individuals, and intelligence.

But what of the wine itself? All the packaging would be for nought if the wine couldn’t live up to this billing. But, as we’ll see, there’s no danger of that!

Comparing this 2017 with 2016 shows that there are only minor differences from natural vintage variation.

The 2017 growing season started with a cold spring with adequate rainfall. Then summer was warm and sunny, the heat relieved by night-time breezes. However, there was rain in mid-September. Those conditions were a little more complicated and delivered a smaller crop than in 2016, but the grapes were of high quality. In contrast, conditions in 2016 were free of any excess rain or heat, allowing a long uninterrupted ripening. 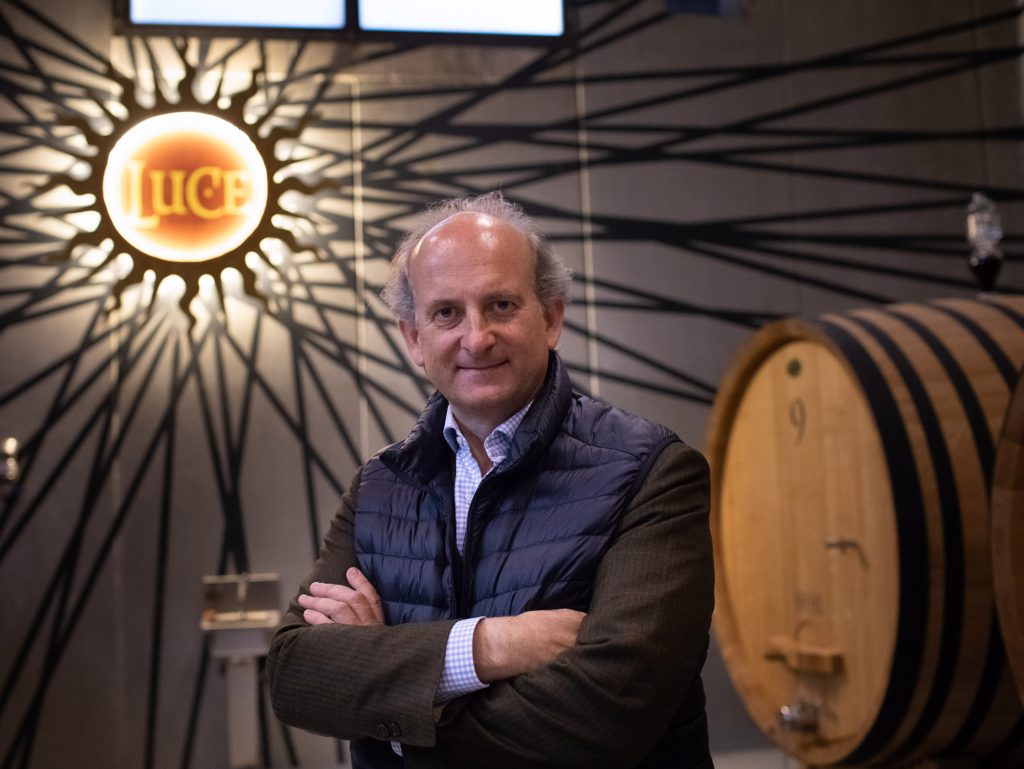 Lamberto Frescoabldi in the barrique cellar at Tenuta Luce

However, there was also a subtle change in winemaking, as there were new tulip-shaped concrete fermenters for 2017 rather than stainless steel in 2016. How this impacted the finished wine is probably known only to Lamberto Frescobaldi and the winemaking team. What is unchanged is the maturation regime – as usual, small French oak barriques, for 24 months, 85% of which are new, the rest second-fill. A further six months in the bottle then follows.

However, both wines have impeccable balance; neither one is better than the other. Instead, the overriding impression is one of high consistency. That takes enormous understanding and skill to achieve. 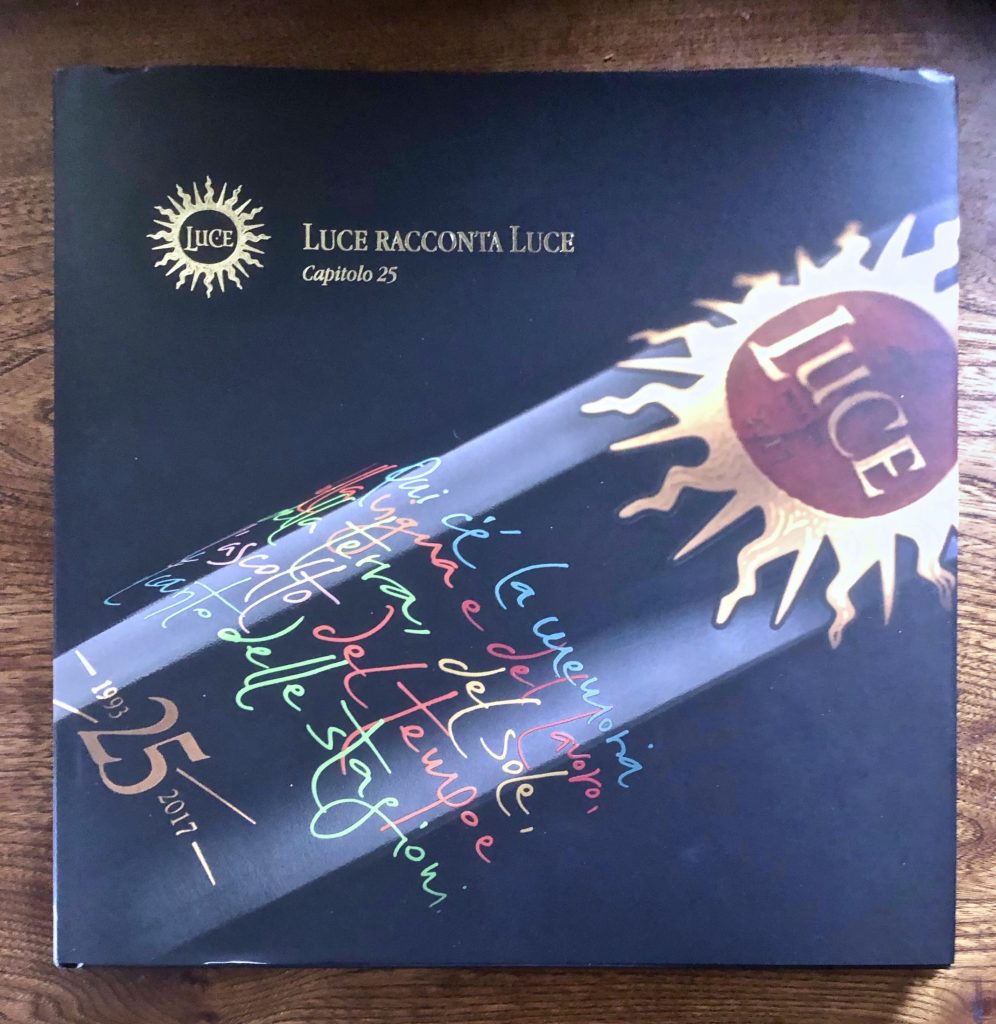 Being young, decanting Luce for an hour before serving is worthwhile.

It’s the poise, elegance and knife-edge balance that makes this wine so memorable. First, it’s a dark ruby red with a purplish fleck.  Then full aromas of pencil lead, bergamot, oranges, and brown spices underlying sour cherry. Those aromas develop as the wine opens in the glass and linger long after the glass is empty. Bright acidity, cherry and plum fruit layers, and a rich texture, yet weightless in the mouth. Finally, savoury spices re-appear on an extended coda. Luce is an impressively big wine, but there’s nothing hot, spirity, heavy or clumsy. Instead, it’s agile, harmonious and fully integrated.

What is particularly appealing about this wine is that it has a broad drinking window. It gives great pleasure right now. Or, leave it for further maturation over many years, according to taste. It’ll probably still be drinking well when their 50th anniversary comes around!

Like all great wines, Luce comes into its own with food. As a centrepiece wine of a “fine dining” experience, it can match sophisticated cuisine, especially the tasting menu’s prepared by top Chefs. However, more traditional fare allows Luce to shine brightly too. Hence Porchetta is an irresistible match.

There are several UK stockists, many of which are currently selling Luce as a six-bottle case in bond (excluding duty and VAT). However, retail-priced single bottles are available from Millésime at £98.33, and Tannico at £104.01 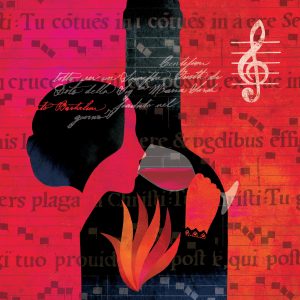 The inscriptions on the bottle and inside the box are in Italian, English, French and German. They are by Vittorio Frescobaldi:

“Here is the memory of the vineyards and work. Of the earth and the sun, of listening to time and the song of the seasons”.

Now may I propose a toast? Please would you raise your glasses? Here’s to all those 25 vintages and wishing Lamberto Frescobaldi continuing success. Cin-Cin.