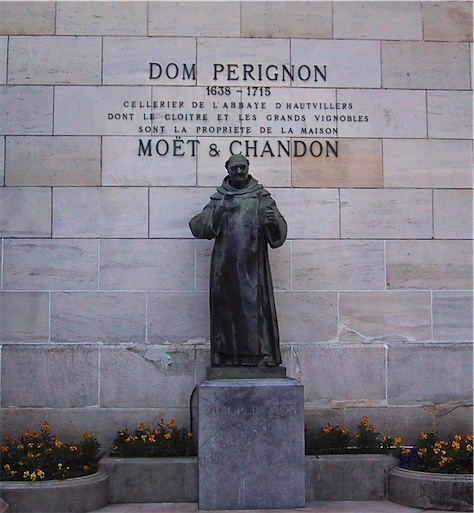 Making Bubbles is a popular Wine Alchemy event; how different ways create sparkling wines. Each has advantages and disadvantages.

Wine comes from the alcoholic fermentation of freshly picked grape juice. We regard this as straightforward chemistry nowadays. However, that understanding is relatively recent. We know now that yeast digests the sugar in the grapes, producing alcohol and carbon dioxide gas. In still wines, the gas usually escapes. For sparkling wine, retaining the gas in the wine makes the bubbly we love so much.

The origin of bubbles in the wine

Bubbles have probably been around for as long as there has been winemaking. But, for most of this time, they were either unwelcome or hard to control, even in Champagne.

The winemaker would then draw off the still wine into a cask or bottle. The following spring, temperatures would rise, the yeast would revive, and the fermentation would restart. Then, under pressure from newly made gas, bottles and casks would randomly explode. Disaster!

In England, Christopher Merrett was the first person to attempt the documentation of a sparkling process, made from his observations in 1662. That is the basis of the English claim.

However, in Champagne, Dom Pérignon, a Benedictine Monk, was usually credited with its invention in 1697. Yet, he tried to eliminate bubbles, seen as an irritating wine fault in Champagne’s still wines.

As scientific understanding gradually advanced, so different ways of deliberately creating sparkling wine emerged. With fizz, you need three things. First, get the gas into the still wine, keep it stable under pressure and remove cloudy sediment.

The Benedictine monks at Sainte-Hilaire monastery in Limoux had conscious control over bubbles with the Méthode Ancestrale. It’s the oldest method. The wines would ferment to 6.5% alcohol and become dormant in winter. In Spring, they resumed fermentation in the bottle to around 8%. Winemaking needs to be highly skilled. The result is naturally sparkling, of low pressure and semi-sweet. The remaining problem was that these wines were cloudy from the yeast sediment.

Still used today, Méthode Ancestrale is also found traditionally in Bugey and Savoie, and in the Loire at Montlouis. Diois in the Rhône Valley uses a similar technique. Artificial refrigeration replicates the cold winter, and after bottling, the wine is allowed to warm up, and fermentation restarts. While some examples are deliberately cloudy, decanting the bottles and filtering using a pressure tank clarifies them. When the lees settle at the bottom, the wine is filtered off and rebottled. As selected yeast strains can now ferment sugar to higher alcohol levels, dry wines are also possible.

Recently, there has been a resurgence of this ancient style worldwide, referred to by Natural Wine hipsters as Pét’Nat, an abbreviation of pétillant-naturel. For example, in Italy, a small amount of Prosecco can be found made in this style, known as either Col Fondo or Sui Lieviti.

But in Champagne, this wasn’t the winemaking tradition. At the time, they were making still wines for markets in Paris and London, where bubbles were a fault. Then, in the Eighteenth century, developments created the fizzy Champagne as we know it today. Firstly, the London fashion encouraged Champagne to be sparkling! Much stronger glass bottles were then needed to withstand a gas pressure of four to six atmospheres. Glassmakers in England perfected those and exported them to use for Champagne.

In 1729, Ruinart was the first Champagne House to commercialise bubbles. They added a sugar and yeast dose to the bottled dry wine to induce a new second fermentation. Leaving the wine on its lees in the bottle also imparted additional flavours and changed the wine’s nature. But there remained the problem of expelling the spent yeast while retaining the wine in the original bottle. Complicated labour-intensive riddling and disgorgement methods gradually developed to perfect this.

The process above was understandably once known as the Champagne Method. However, this term is no longer allowable. Champagne can only come from the Champagne region, and meanwhile, it’s endowed the method to many other wine regions. For example, English Sparkling Wine, German Sekt, Spanish Cava/Corpinnat, and French Crémant. In Italy, Franciacorta, Oltrepò Pavese and Trentodoc are just some of the regions that use it. It’s now the Traditional Method, a.k.a. Méthode Traditionelle, Metodo Classico, Classic Method and Mètode Tradicional.

Despite the complexity and expense, it remains state-of-the-art. So it’s best for the highest quality base wines. The process transforms how the wine tastes, and such wines are capable of further ageing. However, while each step has seen technological development, it remains time-consuming and costly.

Some wineries use a hybrid form of the traditional method. It’s called the transfer process or bottle fermentation. Here, the wine undergoes the second fermentation in the bottle, as before. However, removing the spent yeast is done by decanting the wine into a pressure vessel. The wine then returns to a different bottle.

In the 20th Century, there were new ways to lower the cost and time involved. Enter Frenchman Eugéne Charmat. He developed a process patented some years earlier in Italy by Martinotti. He replaced fermentation in the bottle with a closed pressure tank called an autoclave.  Because an autoclave has a large volume of wine sitting on the yeast lees, yeast flavours are minimal. However, many grape varieties are more suitable for fruit flavours, so this isn’t an issue. It’s about matching grape variety to the sparkling method employed.

This Charmat (aka Cuve close, aka Martinotti) method is ideal where the aim is to make light, fruity fizz for early drinking. For example, Spain uses it to make some forms of Cava. In Italy, grape varieties such as Muscat (for Asti Spumante), the various Lambrusco’s ( for, err, Lambrusco) and Glera (for Prosecco) are particularly suitable for this method.

There are two additional ways to make fizz. Avoid both if you enjoy wine!

The Continuous Process was a Soviet invention. Pumps move base wines in massive volume through a series of five industrial pressure tanks. Add sugar and yeast on the way. The whole process takes three to four weeks, is cheap and tastes ghastly. Some German and Portuguese bulk wineries employ this method to make large quantities of cheap but dull fizz. That has tarnished their sparkling wine reputations even though they also make excellent fizz using the Traditional Method.

Finally, why not just use carbonation in the same way as Coke, Pepsi or Fanta? Referred to in France as “Le Pump Bicyclette,” this is cheap as anyone who has ever owned a SodaStream knows. However, it but produces froth rather than bubble streams and goes flat quickly. Carbonation is usually for the poorest base wines, so beware of such cheap and miserable fare.

The chosen method has a considerable influence on the sparkling wine’s quality, style, and price. The history and techniques of sparkling wine are fascinating too. What is important is which method best suits the grape variety and the base wines’ quality.

Regardless, bubbles make a great way to celebrate, after all, Friday Night Fizz Night.

For some terrific examples of Sparkling wines, see here.