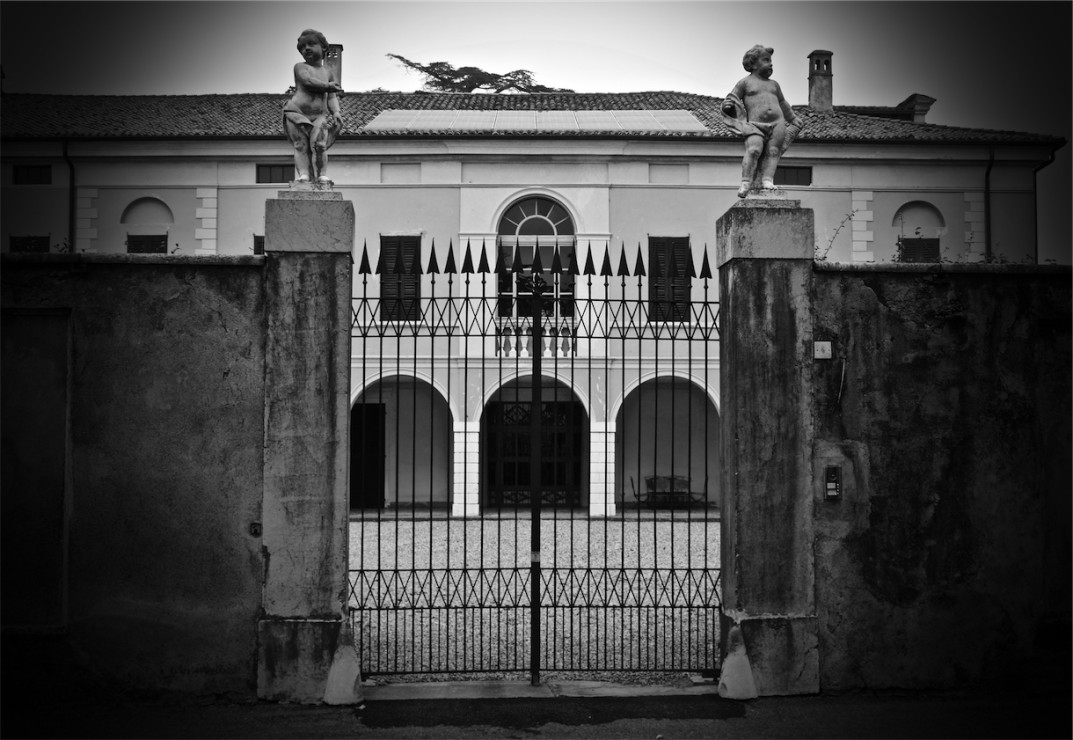 Recently, Franciacorta winery Mosnel celebrated its 180th Birthday, and I was privileged to be invited to take part. In the course of their celebrations, they had a very special treat. It was an opportunity to taste every release of their vintage Franciacorta called Mosnel EBB, back to the very first vintage of 2003.

Such a vertical tasting had never been performed before and given limited availability, may never be possible again.

Mosnel has 39 hectares of vineyards, located all around a handsome winery which is just about at the centre of the Franciacorta region. Originally a Venetian summer residence dating from the sixteenth century, it has a rich history. Mosnel is an impressive house, now restored to full glory, dominated by a 400 year old Lebanon Cedar, surrounded by vineyards and Mulberry trees. The smell of Jasmine hangs in the air.

The wine story here commenced in 1836, when the Barboglio family took over the estate. They’ve been there ever since. There is a long history of winemaking and other agriculture here, but it wasn’t until the sixties (which was when Franciacorta was first created) that sparkling wine was made, and Mosnel became devoted to it.

Emanuela Barzanò Barboglio was responsible for the estate during this time and pioneered fizz here, planting Chardonnay, Pinot Nero, and Pinot Bianco for Franciacorta. Mosnel became one of the first Franciacorta producers and was also a founder member of the Consorzio Franciacorta. This transformation is perhaps all the more impressive given that at this time, Emanuela was a woman working in a predominantly man’s world.

Initially using the Charmat sparkling method, Mosnel changed to Metodo Classico as the potential of Franciacorta became recognised and the regulations became established. The first Mosnel Franciacorta released was in 1979. Today the estate is run by her daughter and son, Lucia and Giulio Barzanò. They are the fifth generation; Lucia oversees marketing, while Giulio has the winegrowing responsibilities. They have continued to improve the estate and the business, introducing new Franciacorta styles and supervising the conversion to organic status, becoming certified in 2014.

The Franciacorta wines made by Mosnel cover all the wine styles; Pas Dosé, Brut, Satèn, Rosé, Vintage, and Riserva. They also continue to make the Curtefranca red and white still wines and a delicious passito sweet wine made from Chardonnay.

However, this was a chance to delve deep into the vintage wine, Mosnel EBB. Named after the initials of their late mother, Emanuela Barzanò Barboglio, it’s an homage to her, first made in 2003.

Mosnel EBB is a Blanc de Blancs and always 100% Chardonnay. Making it uses a very high-quality Metodo Classico regime. All the grapes grown are their own, using Guyot training and they are, of course, hand picked. The best Chardonnay selection comes from five small plots. Then, EBB uses only the first 50% of the juice. Each plot is vinified separately, using 225-litre French oak barriques for the primary fermentation. 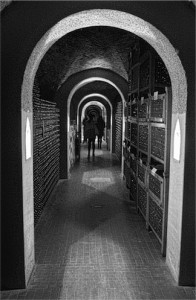 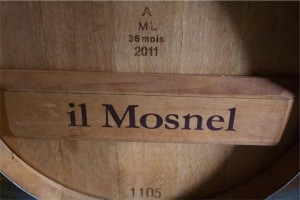 There is no new oak barrel influence. Any new barriques are first used those for the passito wine before being passed on to use for Mosnel EBB. That means there are no oak flavours left to mark the wines. After maturing for five months, they are blended and bottled, with the tirage added for the second fermentation. After 36 months on the lees, the bottles are disgorged and receive another three months cellaring to settle down before release. Under the DOCG, the Extra Brut maximum dosage of sugar to balance the acidity is 6 g/l, but the usual EBB dosage is much less at 2-3 g/l, reflecting the extended lees ageing, leaving it balanced and dry.

Here then are my notes on the first vertical tasting of Mosnel EBB. It includes the wines of every year made; from 2011 back to 2003 and the not yet disgorged 2012. One interesting point to note is that the harvest time seems to have become earlier – climate change in Franciacorta perhaps. 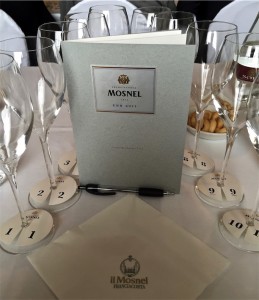 7. 2005
Technical: Harvest 20/8-06/08/2005. Bottled: 3/2006; Disgorgement 10/2009. 13.0% abv 6,100 Bottles. Brut
Different again, perhaps a hint of oxidation, not an unwelcome addition. Deepening gold. Has a honey character with a particular “vintage” aroma and flavour – gôut anglais, if you will. Less fresh, but I like the bruised apple character and cashew nut finish. The first year where honey has appeared with the maturity.

Last but not least

10. 2012 “Il Prossimo” Not yet released. Extra Brut.
Technical: Harvest 10-20/08/2012. Bottled: 3/2013; Disgorgement Not yet. 12.0% abv 5,960 Bottles.
Still pale and has a little way to go before disgorging, with time to pick up some more aromas. There is a truly outstanding balance of acid, sugar and fruit, cut with a focused minerality. Another excellent year. I’d reserve some bottles now.

The Mosnel 180 EBB tasting was very special and gave a unique insight into the winemaking at Mosnel. Mosnel EBB demonstrated its longevity, how it changes over time.

In the glass, Mosnel EBB looks like white gold, with a gentle mousse, tiny bubbles and a beautiful bead, slowly darkening in colour as it develops over the years. Here is a subtle and nuanced wine that doesn’t shout or make a fuss. Not to be rushed, it unfurls slowly and takes a few minutes in the glass to show its delicacy and complexity. Then it is at its best; for special occasions, perhaps with a few good friends and definitely with good food.

Mosnel EBB is food friendly and is a great match for the local cuisine. I later had the pleasure of drinking the 2011 EBB with a local delicacy, Tinca al Forno. Tinca is a local fish (we call it Tench) found in nearby Lake Iseo. Stuffed with breadcrumbs, parmesan and herbs then slowly baked in a wood oven. A delicious combination!

Under every Mosnel bottle capsule, quietly hidden away, are the words:

Translation: “Since 1836, time and experience have taught us how to transform our grapes into emotions.” 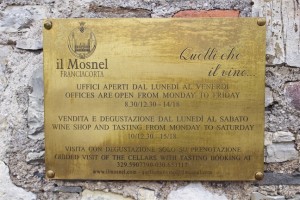 “Those that love wine”.

Find out more about Franciacorta here.