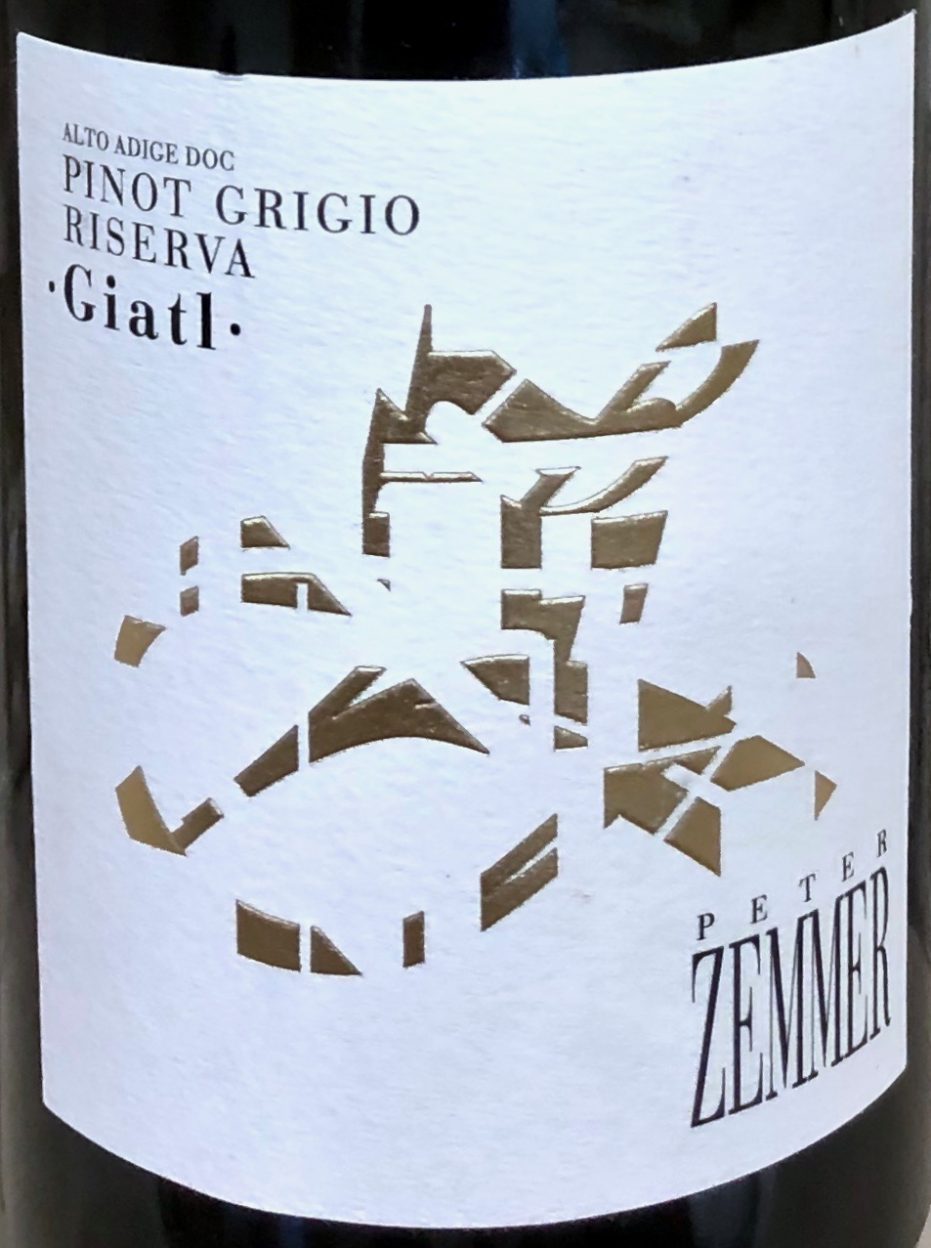 Heading north on the A22 (Autostrada del Brennero), you’ll arrive in the Alto Adige (Südtirol) region of NE Italy. In this southernmost part, fruit trees and vines flank the motorway. Here lies the pretty and tranquil village of Cortina ssdv, or Cortina sulla Strada del Vino. It’s the smallest village on the Alto Adige wine tourism route, which comprises 150km of small roads linking sixteen wine villages. Cortina ssdv is in the Adige valley’s centre, surrounded by a sea of orchards and vineyards on the flood plain near the river. It maintains a local tradition of “house vines”, which decorate the façades of many properties. These commemorate the first child’s birth or when a farm passes to the next generation. Welcome to the home of Cantina Peter Zemmer.

The business was founded in 1928 by wine negociant Peter Zemmer, who was the great uncle of the current Peter Zemmer, who is in charge today. In a wine region typified by tiny family holdings dominated by cooperatives, Peter Zemmer is a relatively large family winery, making 400,000 bottles per year. 90% of the grapes come from vineyards owned by Zemmer, comprising 65 hectares. The remaining 10% are from 100 longstanding contract growers. The estate includes several different sites with contrasting altitudes, aspects, and soils.

As is usual in these parts, there are many grape varieties grown by Zemmer, and most become varietal wines, with a total of 19 wines in the range. There’s the local Schiava and Lagrein plus Pinot Noir, Cabernet Sauvignon, and Merlot in red. Meanwhile, in white, there’s Riesling, Gewürztraminer, Pinot Bianco, Chardonnay, Müller-Thurgau, Sauvignon Blanc, and Pinot Grigio.

Pinot Grigio is, in purely commercial terms, one of Italy’s greatest success stories.  Its rise in global popularity means there are now huge volumes. In 1990 there was only 3,413 ha of it grown in Italy. There are currently 24,500 hectares, representing 40% of global plantings, with 300 million bottles made each year.  The UK alone consumes 28% of this production, some 85 million bottles worth £300 million.

And herein lies Pinot Grigio’s problem; the wines now have a poor quality reputation, sadly often deserved. Industrial agriculture maximises volumes and focuses on low costs.  It means massive overcropping, planting on sites better suited to other varieties, poor grape quality, rapid production, and bulk sales. Too often, the resultant Pinot Grigio style mostly tastes of nothing at all. Its destiny is to be inoffensive at best.

Hence there are those dismissive of Pinot Grigio as an entire category. Yet, in the hands of a dedicated producer, planted in the right place with restricted low yields, great wine is achievable.

Thankfully, though relatively rare, such Italian examples do exist. These mostly come from the Alto Adige and the Collio area of Friuli.  Also, they have a riper, fuller and flavoursome dry style akin to the Pinot Gris style of Alsace in France.

Indeed, such is the contrast between these two styles that it’s sometimes hard to believe that Pinot Gris and Pinot Grigio are two expressions of the same grape variety!

Peter Zemmer makes an outstanding and distinctive Pinot Grigio. To the south and south-west of Cortina ssdv is the ten-hectare “cru” vineyard of Giatl, which, in the local dialect, means “little property”. Its terroir is ideally suitable for Pinot Grigio.

Giatl, while on flat land at only 200m altitudes, is a sun-trap. Hence summer days can be some of the hottest in Italy. The Ora wind blows northwards from Lake Garda from early afternoon, mitigating the heat and drying the grapes after rainfall. At night, the cooling winds blow south from the Dolomites. These winds help long and slow grape ripening, preserving acidity and aroma.

Soils are warm and free-draining moraines, the debris left by the glaciers from the last ice age. Those have been reworked and added to over the past ten millennia by the nearby River Adige. The resultant mix is shingle, sand, and limestone.

The harvest yields for Giatl are just 45 hl/ha. That means high-quality grapes with optimal ripeness and complexity. Compare that with the 126 hl/ha allowed for the trans-regional Della Venezie DOC* and >150 hl/ha for an IGP!

Giatl also has another card up its sleeve. The Alto Adige DOC has a higher Riserva tier for most allowable grape varieties, including Pinot Grigio. Riserva stipulates a minimum of two years of ageing. As far as I am aware, Giatl is, uniquely, the only Pinot Grigio made to Riserva level in the entire Alto Adige region!

The grapes are destemmed and fermented to dryness in old 2,100-litre French oak barrels. Then the resultant wine matures on its lees in those barrels for a year. After this, the wine gets further six-month ageing and clarification in stainless steel tanks before another six months rest in bottle before release.

Giatl is lightly golden in colour, dry without residual sugar and has a potent 14.5% alcohol. It’s aromatic too; pears, apples, elderflower and quince all vie for your attention.  The barrel work brings out a rich creaminess and fruit complexity without imparting any clumsy woody taste.

On the palate, it’s quince that’s dominant, but there are also fleeting hints of tropical fruits as well as apple and pear. The creamy texture and powerful body are in precise balance with a satisfying acidity level – there’s no flab here. Instead, there’s a long fade with a little marzipan and spice on the finish.

This Pinot Grigio is a gastronomic wine and a sensual experience. Beautifully made, there are around 10,000 bottles each year. It’s drinking perfectly now and over the next five or even ten years, during which time it will continue to improve. I’d find it difficult to wait.

If you’ve come to the point of giving up on Pinot Grigio, then try this wine as proof that Pinot Grigio can be a characterful and outstanding wine.

Freshwater fish such as trout from the nearby River Adige will undoubtedly be a great match. Giatl also has the power to stand up to white meats such as pork and chicken too. A genuinely brilliant partner, however, is a “primavera” style Risotto with asparagus and peas.

Giatl is stocked in the UK by Independent Wine, priced at £24.45

There are also reviews of Peter Zemmer’s Riesling and Pinot Noir here. Meanwhile, for other articles about the Alto Adige, start here. And there are more white wines from the Alto Adige here.