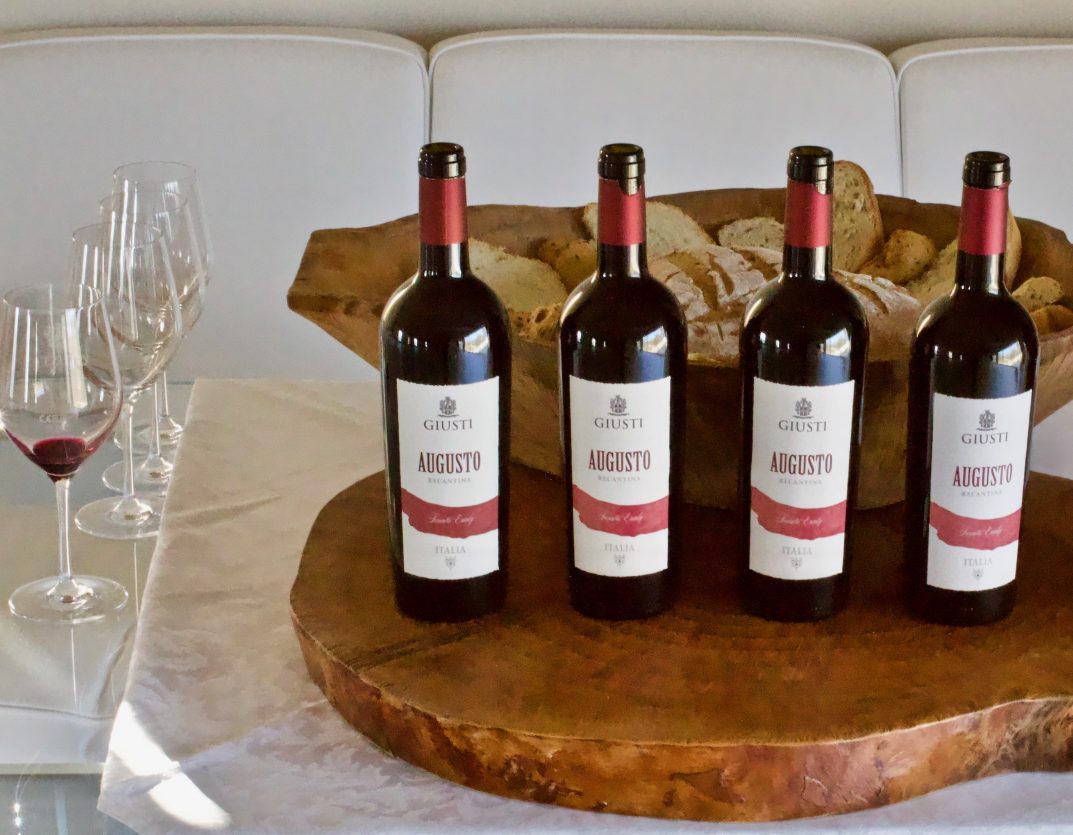 Recantina renaissance – a rare red grape from the Veneto

Regular readers of these pages will know how much I like to discover new and unusual grape varieties, especially those native to Italy. Recently I had the pleasure of staying in Asolo, primarily to explore their DOCG Prosecco. However, this part of the Veneto is also an excellent source for red wines, from the Montello DOCG and Montello – Colli Asolani DOC. Most of those are “classic” Bordeaux blends or single varietals based on Merlot, Cabernet Franc, Cabernet Sauvignon, and Carmenère. There are some great examples of these made which will form the basis of a future article. However, the Montello – Colli Asolani DOC also has 12 (yes twelve) hectares of a rare red grape variety called Recantina, an obscure native of these parts.

Recantina has a long history, documented back in the 1600s as growing around the nearby town of Treviso. While well regarded, it seems likely that much was grubbed up and replaced by French vines after the western part of the Venetian Republic became ruled by Napoleon until his exile in 1814. (A similar situation occurred in Lucca in Tuscany). In all probability, the phylloxera epidemic and the devastation of World War I did for the remainder.

In recent years Recantina has been rediscovered. There are two primary clones. Curiously, one has a red stalk (pecolo Rosso) while the other is green (pecolo Scuro). There also appears to be a slightly different biotype called Forner, named after the family vineyard where it was found, at Pat del Colmèl.

At Forner, three rows of vines always became bright red soon after the harvest. That’s a common occurrence, as, in preparation for winter dormancy, the vines slowly shut down and recover their green chlorophyll from the leaves. What’s then left in the leaves are red-coloured polyphenols. However, these particular vines always showed this trait earlier and more prominently than any of their neighbours. They were Recantina.

Micro vinifications showed the resulting wine to have intense violet and blackcurrant scents and flavours, with plenty of polyphenols (intense colour and tannin), juicy acidity and with alcohol content in the 13-13.5% sweet spot. In other words, the Recantina clones make distinctive and high-quality wine. Just as well, as being rare in itself isn’t enough – it has to taste good too!

Over the last decade, several wineries in the Montello-Colli Asolani DOC area have planted Recantina and are now making excellent single-variety red wines. Notable bottles include those from Villa Giustiani, Serafini & Vidotto and Pat del Colmèl. Indeed, there is the talk of Recantina becoming authorised for use as a blending partner in Valpolicella and Amarone, which would undoubtedly encourage more plantings and broader adoption. How likely this is I don’t yet know, but I have contacted the relevant Consorzios about this and remain hopeful of an answer.

However, my personal favourite Recantina wine is also available in the UK. It’s from Giusti, who has the most significant area of Recantina of any winery, at 7 ha. It’s named Augusto.  Indeed, in February, I was able to taste every vintage so far made, from 2014 to 2017. Stylistic progress, especially in maturation,  has been remarkably rapid given that with such grape rediscoveries, determining the optimal cultivation, yields and vinification is a work in progress over several years with varying vintage characteristics. The resultant Giusti wines have all been 100% Recantina so far and are Montello – Colli Asolani DOC.

At Giusti, the Recantina is harvested in early October and vinified in stainless steel tanks after a two-week maceration on the skins.  Maturation is predominantly in 2500 litre inert Slavonian oak barrels for 12-14 months plus extra time in bottle to settle down. Other producers are using French oak barriques or no oak, with longer or shorter maturation times. Indeed, Giusti experimented with barrels made from Mulberry wood but found the resultant tannins too green and bitter. Production is now approaching 13,000 bottles per year.

The first vintage made, in a challenging harvest year, being cold and rainy. There are purplish hints to the ruby colour, violet perfume. Acidity and tannins a little rustic, but the impression I get is that this is more about the vintage than the grape or winemaking. Mainly blackcurrant and blueberry fruit, with a little coffee and white pepper on the finish.

A big step up, from a classic vintage, much warmer and drier. A tiny proportion was matured in French oak and blended in. Perfumed, all violets and cherries. The tannins are all smoothed out, lovely balance of acidity and fruit. Majors on cassis, but hints of figs and plums too. A much longer length, hints of stony minerality and white pepper, with more elegance and balance in this vintage expression. Excellent wine drinking well now.

Silkier tannins compared to 2015. Juicy, with more black fruits, and maybe black cherry rather than blackcurrant. Hints of iron and cloves. A satisfying and savoury spice finish. Very precise, bright acidity. Wafting violets on the nose. Excellent again, though contrasts to 2015.

Still young, needs more time, as only in bottle for two weeks. Bottle ageing will increase to 9 months before release. Bright ruby colour, purplish glint, violet-scented. Some cherry and chestnut oak maturation used in this year, perhaps a touch of cedarwood showing. Hot drought year – the tannins are still a little angular but need more time in bottle to soften. Rich blackcurrant and fig fruit suggest potential here. Wait a year or two.

And how will Recantina age? The answer must be that nobody knows what development it might show yet, though it’s a red wine that certainly isn’t going to fall over quickly. All you can do is go on tasting, which is all the excuse I need.

I tried Augusto with Braised Oxtail, an excellent match. A Bistecca alla Fiorentina would hit the spot too –  a T-bone steak cut thick, grilled on a wood fire, charred on the outside, rare on the inside. Vegetarians might try mushrooms or aubergine dishes, or a Venetian bean stew.

The Augusto 2015 is available in the UK at Mondial Wines, for £19.20 and comes highly recommended.

Why not check it out at the upcoming London Wine Fair? That’s if I haven’t bought it all by then.