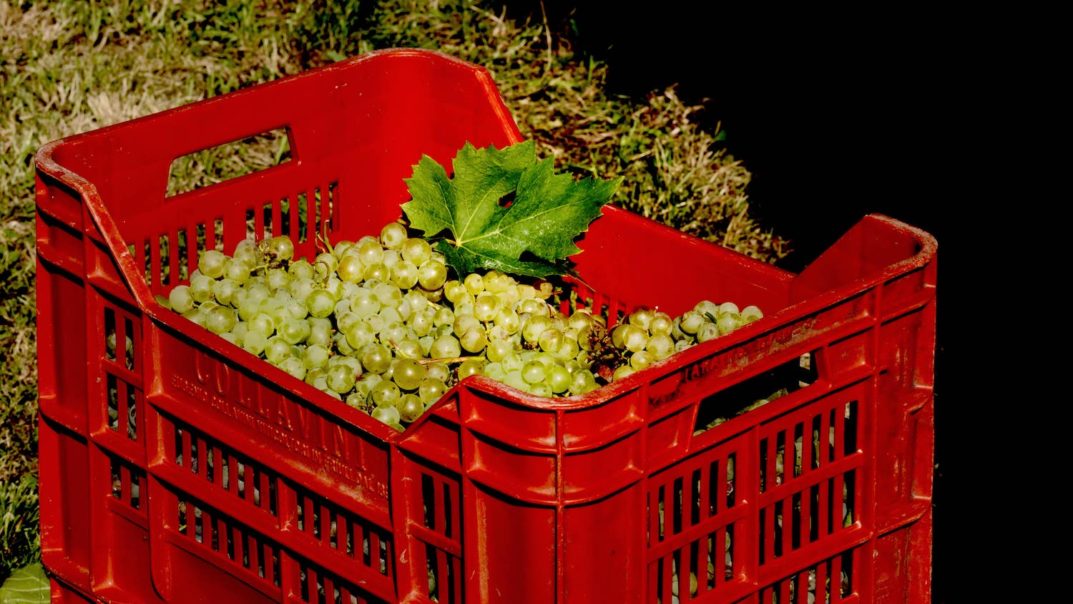 Ribolla Gialla and a Dachshund – what’s the link?

What links the Ribolla Gialla grape variety with a Dachsund? The answer is the Eugenio Collavini winery in the Friuli Venezia Giulia region of Italy. But as for why –  you’ll need to read to the end to find out.

Friuli Venezia Giulia lies in the northeast corner of Italy, sandwiched between Austria, Slovenia, the Adriatic, and Veneto. At a strategic crossroads in central Europe, various European powers have fought over and conquered it throughout history.

Although relatively small compared to other regions in Italy, the wines made here can rank among the best, and there are several appellations. For example, Friuli is mainly known for white wines though there’s plenty of indigenous varieties in red and white. Meanwhile, thanks to the runaway success of Pinot Grigio and Prosecco, it possesses the highest ratio of white to red grapes in Italy.

Eugenio Collavini began in 1896 in Rivignano, where he supplied wine to the nearby city of Udine. Eugenio’s son, Giovanni, then led the winery through the tumult of both World Wars. When he, in turn, passed the baton to his son, Manlio, the company moved to Corno di Rosazzo, in what is now the DOC Friuli Colli Orientale. Manlio introduced oenology and scientific experimentation while developing a 16th-century Manor House as the winery headquarters. Manlio’s wine achievements became legendary in Friuli, and he became known as “the Lord of the Ribolla Gialla”.

Manlio Collavini – The Lord of the Ribolla Gialla

Manlio made the first Pinot Grigio as a white wine (copper-coloured was then the norm). Then, in 1971, he made the first sparkling Pinot Grigio. However, his most outstanding achievement was repopularising Ribolla Gialla, a local white grape variety which had fallen into decline.

Collavini remains family-owned, and Manlio is still involved, alongside his sons Giovanni and Luigi. They make some 1.5 million bottles each year from their 170 hectares of vineyards. That includes 200,000 bottles of Ribolla Gialla, which are made either as sparkling wine or as dry still wine. Their range has two dozen different white, red and rosé wines, concentrating on those grape varieties considered indigenous to Friuli.  As for sustainability, 70% of the winery power is solar-generated, while wastewater recycling is a crucial initiative.

Ribolla Gialla is now restored to commercial success in Friuli and across the border in Slovenia, where it’s known as Rebula. This variety is indigenous to Friuli Venezia Guilia; it’s found nowhere else in Italy. Ribolla was first mentioned in 1299 and was widespread in Friuli by the fourteenth century, with a reputation for high quality.

Yet Ribolla Gialla suffered a steep decline in the twentieth century and was a rarity by the 1970s. The usual fatal combination of phylloxera and two world wars did for much of it. Replanting was often with alternative varieties that were easier to grow, had bigger yields or commanded higher prices. What little survived became lost in Bianco blends because individual wineries rarely grew enough to make a varietal wine.

The revival coincided with the beginning of the Italian wine revolution, in which Collavini played a significant role. Ribolla Gialla’s naturally high acidity was suddenly valuable for making sparkling wine, even though making bubbles with this grape variety was new. Success led to replanting, and consequently, Ribolla Gialla is now a varietal wine again, with three main styles.

The first is a sparkling wine, and the second is a classic dry white wine. Collavini makes both, with examples featured below. A third “ancient” style has developed relatively recently – an “orange” oxidised wine employing amphora and skin contact. Also, there are some rarities; sweet or off-dry examples, rare botrytis wines, and a few oaked dry whites.

At the end of the 1970s, Manlio Collavini was the first to make sparkling wine from 100% Ribolla Gialla. Though never previously made, it’s a style that has become widely adopted. Ribolla Gialla was then a rarity at this time, but no more!

Collavini makes this with their variation of the familiar Martinotti/Charmat process. However, this vintage-dated wine is almost four years in the making rather than four months.

The first fermentation to make the base wines is partly in steel tanks and partially in barrique. Next, a slow refermentation for three months in 2,000-litre horizontal tanks makes the bubbles. The new wine then matures for thirty months on the lees in those tanks, picking up more aromas and flavours. With under three g/l residual sugar, this is a Brut wine, then given a small dosage of 3.5 g/l sugar at bottling to balance the acidity (there is also a zero dosage version made). Finally, it rests in the bottle for six months before release.

Some producers now employ either Metodo Classico or Charmat to make their sparkling wines. However, this wine shows how adapting these processes makes excellent sparkling wine of depth and complexity. Hence, this “Metodo Collavini” is a hybrid of the two methods, combining the Charmat tank with the much longer ageing time of Metodo Classico. As a result, many regard this wine as the leading example of sparkling Ribolla Gialla.

On pouring, this is star-bright, With a pale yellow colour flecked with greenish tints. There are unbroken streams of tiny bubbles. The slender and subtle aromatics show hints of peach and acacia flowers, with a mown-grass undertow. On the palate, the wine is fresh-tasting, zingy-zippy. This high acidity complements tangerine and lemon fruits before a persistent, savoury finish.

You can drink this wine as an aperitivo, but it’s at its best as a pairing with fish and shellfish. I had mine with fish and chips, a great match!

Turian is a single vineyard expression of 100% Ribolla Gialla, hence Collavini’s top bottling. The grapes are from the Clò Turian vineyard at Rosazzo, the oldest vineyard on the estate. Furthermore, Rosazzo is a designated DOC subzone for Ribolla Gialla and is regarded informally as a “grand cru”.

After picking, the grapes stay in cold rooms for ten days, undergoing light drying. While this isn’t enough to create a passito, 10% of the water content is lost, so aroma, flavour, and colour become more concentrated. These grapes undergo a classic white vinification in stainless steel vats and never see wood. Oaking only obliterates the delicate aromas and flavours typical of this variety.

Yellow-green in colour, there are subtle aromas of spice and fennel. The palate adds some attractive honey notes to citrus fruits, mainly lemon, but hints of tangerine as it warms up in the glass. There’s no lack of acidity, but it’s well balanced with the fruit and alcohol, imparting crispness without the tartness. The appearance of white pepper is always a hallmark of a high-quality Ribolla Gialla wine, and this shows on a long dry finish alongside a savoury leesy aftertaste.

Fried sardines are a classic food match, whether alone or in batter or breadcrumbs. However, whitebait, Frito Misto or fried chicken make equally acceptable partners.

Yes, but what about the Dachsund? 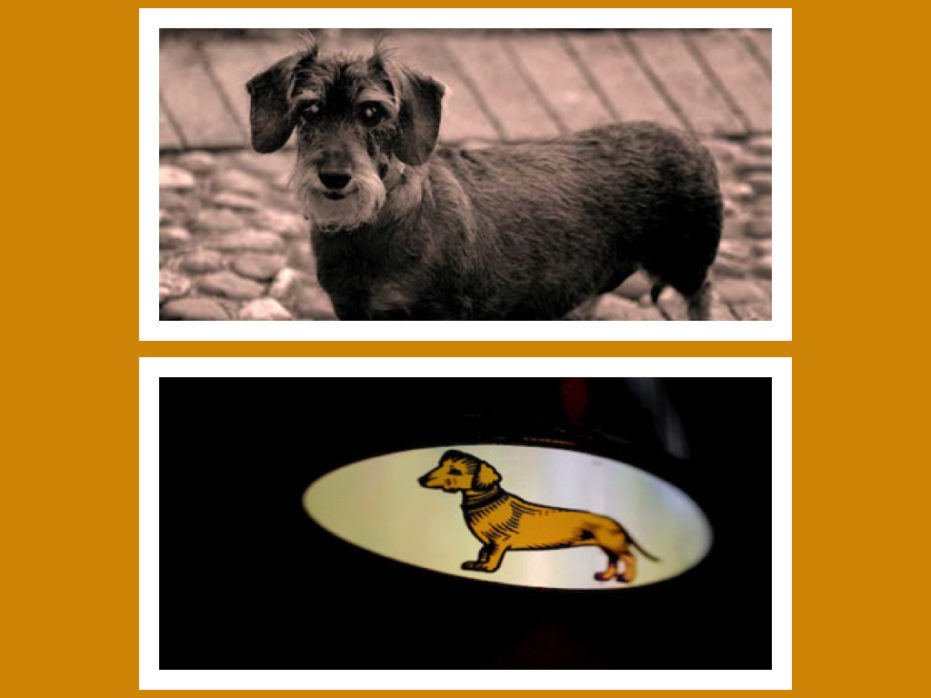 Ribolla was the name of Manlio Collavini’s first Dachshund. After he died, Manlio added an image of a Dachsund to his Pinot Grigio bottle labels in tribute.

Over time, this logo became well recognised in the marketplace as the “Dachsund wine”. Hence, it became adopted as the company logo on every Collavini bottle.

Meanwhile, the delights of Ribolla Gialla deserve broader appreciation in the UK. These Collavini wines are the perfect place to start any exploration, benchmarking an authentic taste of Friuli Venezia Giulia.

Just ask for the Dachsund.