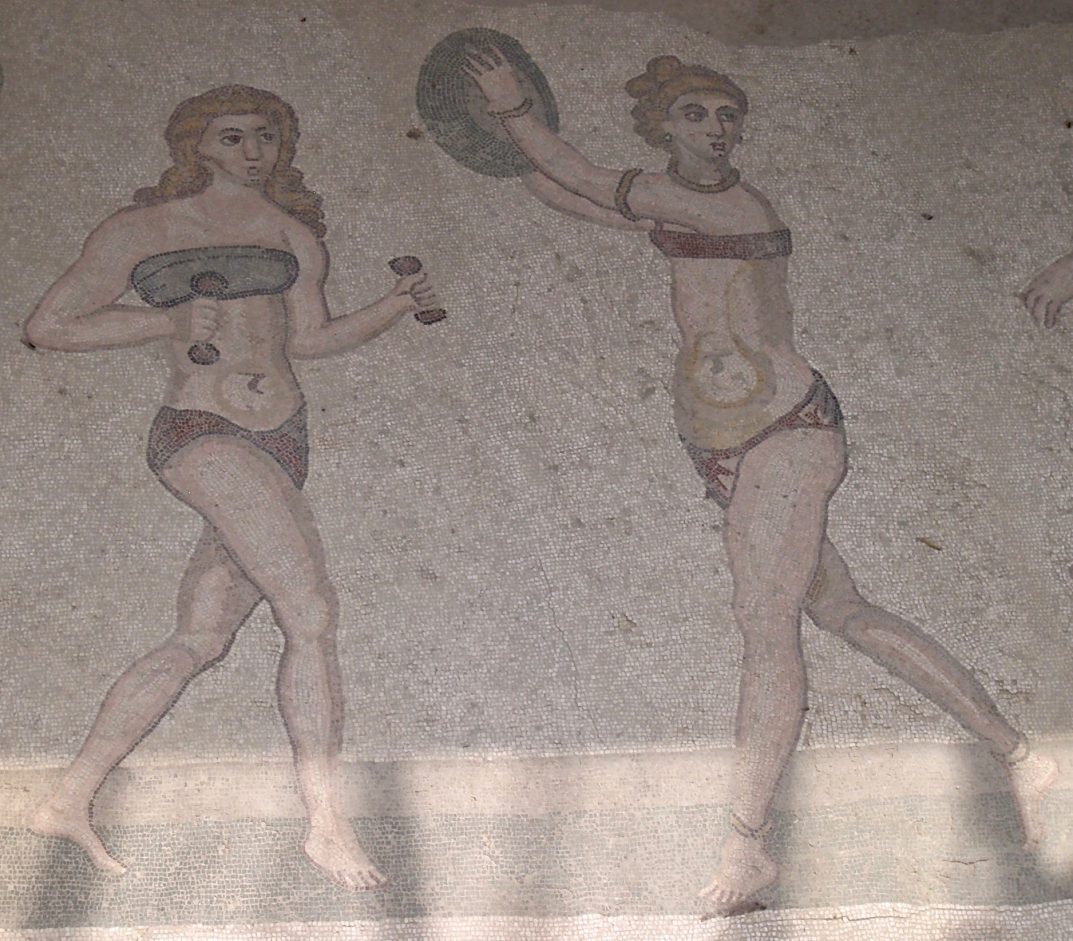 Here are wines that I consider to be outstanding examples of Sicilian wines from all over the island. I’ve deliberately restricted the choice to only one wine per producer. I’ve also chosen different grape varieties and styles wherever possible. Hence it shows off the Island’s enormous diversity. Sometimes that’s made the final choice particularly tricky, as the chosen wineries (and many others besides) have superlative ranges.

Anyway, below are my delightful dozen Sicilian wines, listed in alphabetical order. Click on the Google Map to see their location and explore for yourself.

This pure Carricante comes from old bush vines planted in Benanti’s original vineyards. At 950 metres, the climate is distinctly cool, with considerable day/night temperature variation—pale yellow, flecked with green. The nose has tangerine, lime and herbs. Apple comes through on the palate too, a slightly oily character adding pleasure. Very long, with an almond finish. It’s austere when young but fills out with age and can evolve over a decade. A classic and perhaps the greatest example made. AG Wines £43.99

This organic estate is run by Marilena Barbera in Menfi, on Sicily’s south coast. Natural wines made from indigenous and international varieties. The flat vineyards are at sea level close to the beaches and exposed to sea breezes. It’s a low-sulphur regime, and recently an orange wine has been introduced.

With just 3,500 bottles made, this old vine Inzolia (aka Tuscany’s Ansonica grape) is a candidate for the best Inzolia. Dietro le Case means “behind the house”.  It’s terror-wine par excellence; an intense scent of broom, chamomile, thyme and sage. There are almonds on the palate and a saline finish. Unlike many Inzolia, there’s enough acidity and an intriguing savoury note alongside a lightness and delicacy. Though she does export, Marilena’s wines are not yet in the UK, more pity. Buy them cellar-door or in any major Italian city. A Wine Club is also coming soon. €12.66

C.O.S was created in 1980 by three Sicilian friends. Their initials make up the company name; Giambattista Cilia, Giusto Occhipinti and Giuseppina Strano. Starting in a garage as students, they took advice along the way from oenologist Giacomo Tachis. Cilia and Occhipinti, architects by training, still control C.O.S. today. They make some of the most exciting Biodynamic wines in Italy from their base near Vittoria, southeast Sicily.

60% Nero d’Avola and 40% Frappato. The very best selection of the grapes from their Bastonaca vineyard. It’s not a Cerasuolo DOCG Classico though, because it doesn’t conform with the DOCG maturation rules.  The pretty nose has dried red cherry; then there’s blackberry, violets and pencil-lead minerality too. The palate has lovely pure fruit, those dried cherries and blackberry again along with herby garrigue notes. Great finesse before spice and smoke intensity round things off. It’s Claudia Cardinale in a glass. Buon Vino, £28.00

The late Marco De Bartoli is the Sicilian that saved Marsala, in the far west of Sicily. Marsala is a famous fortified wine invented by the Brits that fell on hard times. Its poor output with nasty added flavourings was best for cooking. His life’s work was to make Marsala a great wine again. Strangely, he did this with wine that can’t even be called Marsala! That’s Vecchio Samperi below. Other distinguished Marsala’s are also made here, which fit the rules, plus a Passito di Pantelleria called Bukkuram.

100% Grillo grapes, with the wine is made in a Solera system, akin to Oloroso Sherry. First released in 1980, there are only 6,000 bottles each year. The average age of the solera wine on the release is 20 years.  Meanwhile, where to begin to describe one of the world’s most complex and intense wines?  A golden liquid. Caramel and toffee, yes, and iodine, spices, walnuts, hazelnuts, butter, smoke, figs and dates. Some residual sugar but this has such balancing acidity it tastes dry. All these flavours and more besides will entrance you, before a length measured in minutes. It’s technically not Marsala because the rules state that Marsala is a fortified wine with a minimum of 18% alcohol. However, this is unfortified and a “mere” 16.5%. Amazing is an overused word. But that’s what this is. AG Wines, £49.99

Established by the Marsala-producing Rallo family in 1983, Donnafugata produced exceptional wines with the latest techniques. Many of the wines are after the characters that appear in The Leopard. Giuseppe Tomasi di Lampedusa’s classic novel of Sicily during Italian unification. I’ve also spotted the Donnafugata headquarters in episodes of Inspector Montalbano. Donnafugata have now expanded across the island.

The volcanic island of Pantelleria is off the southwest coast of Sicily. In fact, it’s closer to North Africa, so has strong Carthaginian roots. You can see Tunisia on a bright day, meaning most of the time. This wonder-wine is 100% Zibbibo (Muscat of Alexandria), with most air-dried for 3-4 weeks. Ben Ryé is made in stainless steel and matures for just seven months. It will age in the bottle for decades. Intensely sweet but with remarkably fresh acidity, so never cloying. Amber colour before an onslaught of dried apricots, dates, oranges, and honey. One of the world’s greatest dessert wines, it’s made for sharing, although you won’t want to keep it all for yourself.  Valvona & Crolla, (Half Bottle) £38.99

This historic Estate dates back to 1543. Since 1997 has been owned, restored and transformed by Zonin, a huge Italian wine group. There’s 180 ha of vineyards here, at Riesi, near Caltanissetta, with hilly terrain, bathed in intense sunlight.

Flagship Nero d’Avola, from a densely planted single vineyard on the hills between Gela and Caltanissetta. It usually gets 18 months maturation, part in new French oak, part in 3000-litre old oak casks. After blending it has another eight months to settle down in bottle before release, and about 16,000 bottles made—deep ruby-red, with savoury notes, orange peel, raspberry and plums. The wood adds tobacco and cedar notes. Impenetrable and austere on release, so it needs a couple of years keeping. Worth the wait, being built for the long term. Those wowed by the Napa Valley in California will be astonished.  Hedonism Wines £37.80

Arianna Occhipinti is one of the bright new Sicilian stars. She released her first wines in 2006 when she was only 24 years old. Now a seminal figure in the world of Biodynamics and natural wines. Her uncle Giusto is the winemaker at C.O.S. (see above).

100% Frappato from her 24 ha of vines near Vittoria. Biodynamic, low sulphur, and “natural”. 70% of the Frappato is macerated for two months, while the other 30% stays on its skins for eight months. This Frappato is then given 14 months maturation in large old barrels. The result is wild yet with beautiful elegance. A mid-crimson mash-up of raspberry, strawberry, tea and leather. Buon Vino, £32.00. Or try the Frappatto/Nero d’Avola blend called SP68 Rosso, reviewed here.

A fantastic wine from Messina in northeast Sicily made with Nerello Mascalese and a full supporting cast of rarities.  See my dedicated article on Faro called Rescue Mission. An elegant masterpiece and one of Italy’s best red wines. Tannico £38.06

Tenuta di Trinoro is a Tuscan winery owned by Andrea Franchetti. In 2000 he saw the potential of Mount Etna and created Passopisciaro. There is only 8 ha, comprising individual vineyard plots high up at around 1,000 metres on the lava flows. Some vines here are 85-100+ years old, remnants that have survived volcanic eruptions. They are also some of the highest vineyards in Europe, enjoying long hours of sun and cold nights. Passopisciaro has rightly garnered considerable attention, especially for the single vineyard “Contrada” wines.

This Nerello Mascalese wine is the entry-level, a blend of grapes from all the vineyard plots.  Like all Nerello, it’s a pale crimson. The nose shows ripe red cherry and, when left to open, lavender and aniseed. The cherry fruit is so ripe it’s like kirsch, yet with elegant balance and a long length.  A little tannic when released, so best kept a couple of years first. A much more detailed review can be seen here.  AG Wines, £33.95

Planeta established the Sicilian benchmark over the past few years, starting at Menfi. They pioneered international varieties, realising this was the best way to garner attention. They then found success with indigenous varieties too. Stunning wines, with fair prices and lovely labels, regardless of the grape variety. They now have a legendary reputation for excellence. There’s now five separate wineries across Sicily and 2.3 million bottles per year, so their wines are easy to find.

Unusually, this is 100% Fiano, the white native grape of Italy’s Campania region. From chalky soils, 90% is in stainless steel, the rest in old oak. Full-bodied, sturdy and well balanced, there are a tangerine and pine nuts mixed with peach and jasmine. I always look forward to the new release each year. Fine drinking on release but age-worthy too. Fans of Condrieu from the Rhône should try this.  Excel Wines £22.00.

One of Sicily’s most celebrated wineries, with a long and distinguished history. Their Regaleali estate near Sclafani Bagni comprises 420 ha. It’s inland, between Palermo and Caltanissetta, in the heart of the mountains. They make a range of excellent wines, the best focus on indigenous grape varieties.

Without a doubt, or indeed fear of contradiction, these are outstanding Sicilian wines. There’s no better way to start an exploration of Sicilian wine excellence.  Meanwhile, Part 1 of Baroque ‘n’ Roll is here. There’s more on Mount Etna here and here.