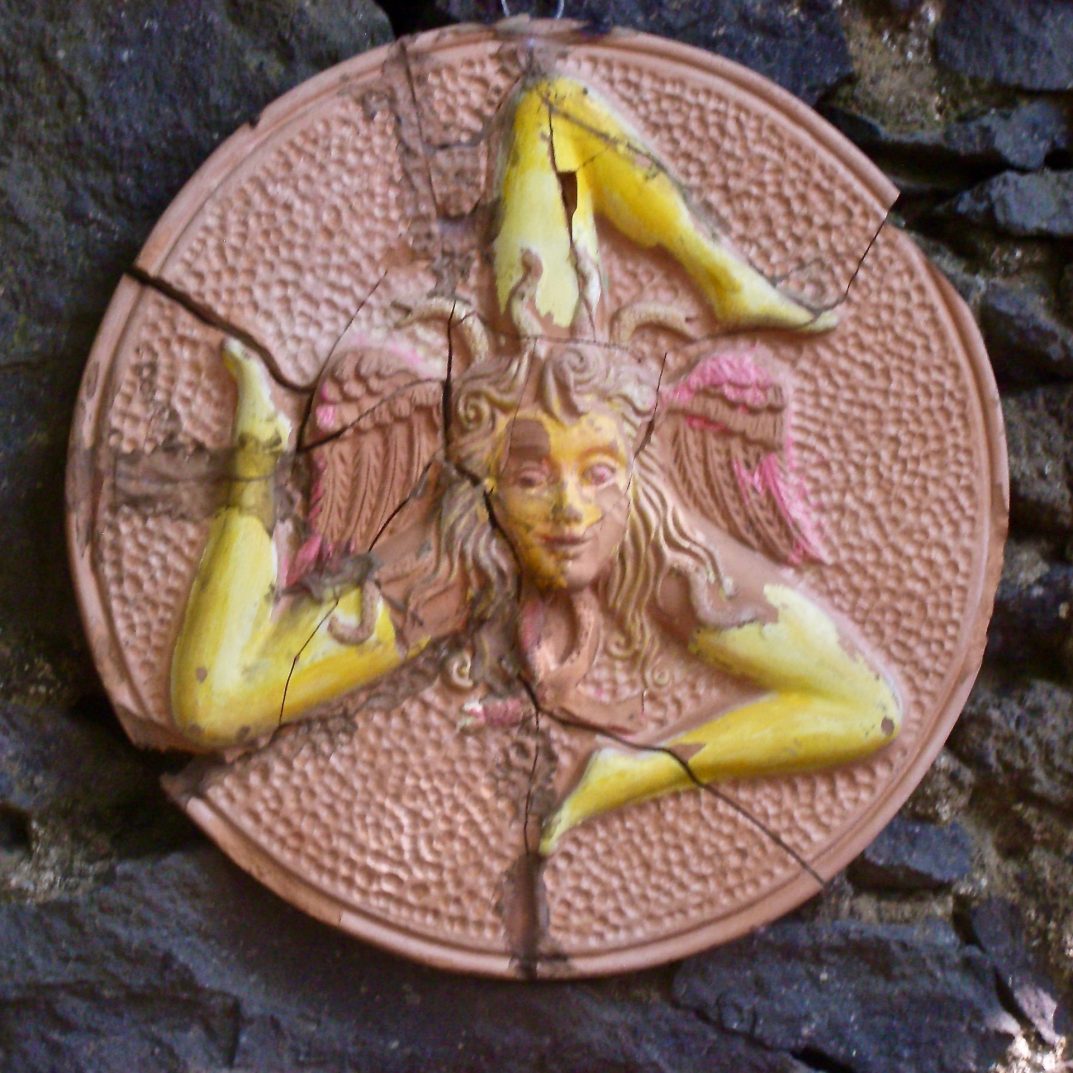 Sicily is the largest island in the Mediterranean, symbolised by the Trinacria, representing the island’s triangular shape and fabled fertility. Winegrowing here dates back to the 8th century B.C. by ancient Greek colonies.

Sicily has highly visible evidence of conquest by many civilisations. Phonecians, Carthaginians, Greeks, Romans, Normans, Arabs, Germans, Spanish, and English came and went. All left their mark and a rich cultural legacy; in architecture, art, music, literature. As for cuisine, Sicily is sometimes called God’s Kitchen, and with good reason. 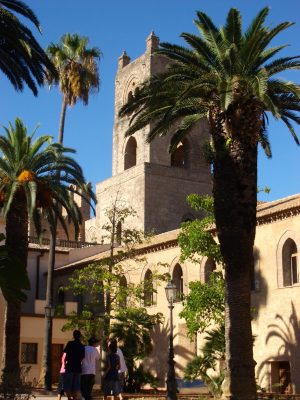 Unmissable architecture is everywhere; including Greek temples at Agrigento and Roman Mosaics at Piazza Armerina. Or try the Norman Cathedral in Monreale and the grandiose Baroque style of Ragusa and Catania.

These human creations add to the drama and beauty of the natural landscape. Indeed, most towns feature narrow winding streets and endless steps, through the higgledy-piggledy housing. Churches offer redemption on every corner.

Towns and villages are often perched high on hilltops; they are the balconies of Sicily offering stupendous views. 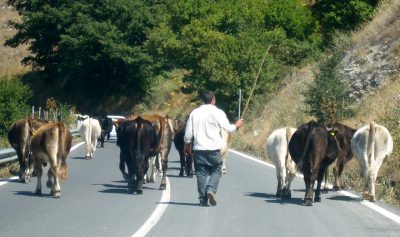 At a  slower pace in the Nebrodi, Sicily

Sicily’s awful old wine reputation was because of the much-traduced Marsala plus the massive production of cheap basic plonk. Much ended up in distillation, or as a grape concentrate. Cooperatives produced bulk wines mostly for bottling and blending elsewhere. No wonder then that the Italian DOC and DOCG quality designations were few and far between.

However, the vinous revolution that happened in Sicily matches or exceeds that of many other Italian regions. Since the 1990’s, the focus turned to quality. From then on, a new wave of Sicilian pioneers looked to improving quality and achieved startling results.

Better vineyard sites, training systems and yield reductions meant fewer but better quality grapes. Obscure varieties came back from oblivion, and international grape varieties were a successful experiment. Investment poured in from producers based in other parts of Italy looking to expand. Overlooked areas like Mount Etna attracted the same ideas, often from the Sicilian pioneers. Consultants and flying winemakers arrived from around the world. Co-ops got their act together and stopped relying on subsidies.

It’s a commonplace now to see modern wineries in Sicily, with the latest equipment and sophisticated marketing. Improvement has also come without throwing out those traditions worth preserving. Organics, Biodynamics and natural winemaking, has been adopted as a way to achieve excellence and authenticity.

All these factors mean that the profile of Sicilian wine is now radically different. Exciting wines are now legion, not the exception. 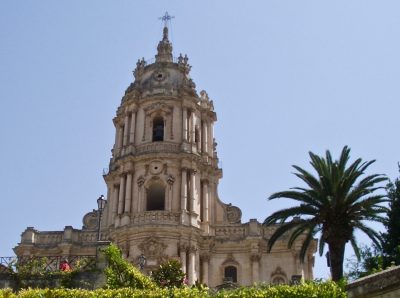 Sicily, like most Italian regions, is also blessed with an abundance of native vine varieties. The Italians insist on referring to these as autochthonous, and they are Sicily’s glory. White grapes include Inzolia, Catarrato, Grillo, Grecanico, Zibbibo, Malvasia and Carricante. Reds include Nero d’Avola, Nerello Mascalese, Nerello Cappuccio, Frappato, and Perricone. They come in blends and as single varietal wines. These also offer a genuine and unique sense of place. In other words, an authentic taste of Sicily.

International varieties have made their mark too. Almost inevitably, Chardonnay and Cabernet Sauvignon are here. Then there’s Viognier, Merlot, Syrah, Vermentino, Sauvignon Blanc, Pinot Grigio and even Pinot Noir. There are some superb examples. Not just copy-cat wines, they have garnered considerable acclaim and some rival the world’s best. 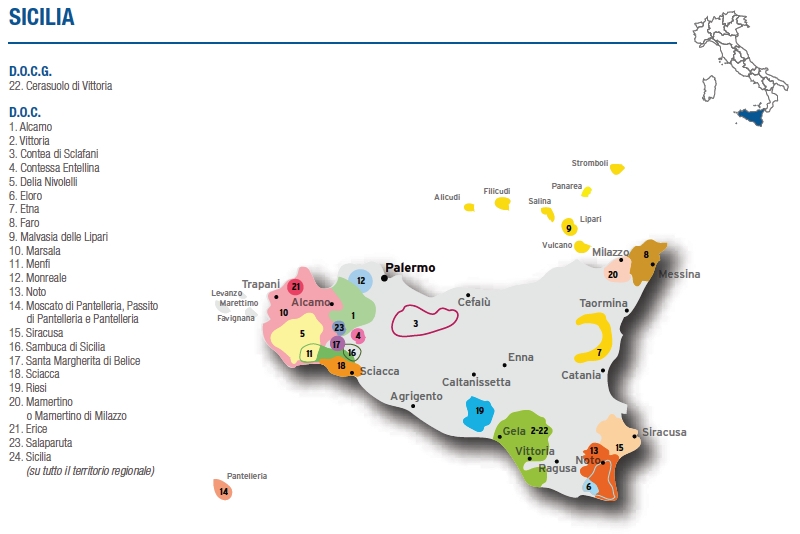 This beautiful island has, of course, always had the ingredients to make world-class wines. Firstly, there’s a long growing season with low winter rainfall and intense summer heat. The island is almost all mountainous. Hence vineyards at higher altitudes enjoy cool evenings with relief from the blistering summer sun. That’s one reason why two-thirds of wine production is white rather than red.

There are plenty of hillsides with perfect aspects and a variety of poor free-draining soils well suited for vines. The dry Scirocco wind often blows in from the Sahara too.

However, such generalisms as these don’t reveal the range of terroirs at Sicily’s disposal. Thinking about Sicily as a triangle helps explain its distinctive zones.

In the west, there is flatter low-lying land around seafaring Marsala and Trapani. Here, Marsala, the best of which only use the Grillo grape variety, was popularised by the British. When fortified it was found ideal for long sea voyages. It became as well known as Port, Sherry, or Madiera. The southern coast also has Inzolia, Grecanico, Cattaratto and Perricone. And now just about everything else is there as well.

To the northeast, Mount Etna stands proud, glowering over the landscape and occasionally threatening cataclysm. Its volcanic ash, lava flows and altitude provide unique terroirs and microclimates. In particular, red Nerello Mascalese and white Carricante are the native grape varieties that thrive best. Meanwhile, a fuller discourse on the renaissance of Etna, the Burgundy of the Mediterranean, can be found here.

Meanwhile, the south-west contains spectacular limestone country and is a land of earthquakes. Welcome then, to the Baroque towns of Catania, Ragusa, Modica and Noto. Here is the home of Cerasuolo di Vittoria, still the only DOCG (and now with a Classico zone). It’s also the heartland of the red Nero d’Avola.

In the middle are the wild, mountainous lands with a harsher continental climate; winter snows and baking summers. This breadbasket of the Romans is still a sea of volume wines of all kinds. However, large estates like Regaleali are showing the way forward.

And don’t forget the surrounding small Sicilian islands either, many of them volcanic, some of them actively so. Malvasia della Lipari and the stupendous Passito de Pantelleria made from Zibbibo are just two of their many joys. 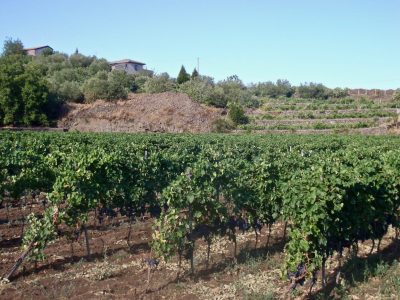 Quality-wise, there is still but one DOCG (Cerasuolo) and now twenty-three mostly tiny and obscure DOC’s. At the beginning of the vinous revolution, there were hardly any of consequence. Hence the IGT designation became frequently used, which allowed all kinds of styles and experiments. Initially, it was IGT Sicilia, now renamed IGP Terre Siciliane.

While the DOC system lagged behind the new wave, gradually it began to catch up. Several new geographic DOC’s are now on the roster, though these are often tiny. However, a significant change came in 2011 when DOC Sicilia was introduced, which covers the entire island. Cynics might say that it just folds in a lot of wines previously labelled as IGP. Indeed, the DOC rules still allow for a myriad of wines, grapes and styles. However, the principle difference is that DOC Sicilia insists on wine bottling in Sicily. Hence DOC is another way to improve quality by distinguishing between bulk and bottled wine. Judging by the changeover in labels I’ve seen, there does seem to be a movement from IGP across to DOC.

Every colour and style

Do you want it? Sicily makes it. Fizz, dry whites, rosé’s and reds, sweet dessert wines, fortified wines. Liqueurs and spirits. All these are part of the Sicilian liquid arsenal.

Part 2 highlights my Delightful Dozen Sicilian wines. World-class wines feature a range of grapes, places and producers. They emphasise the admirable quality and diversity of modern Sicily. Those only scratch the surface! Sicily is now one of the world’s most exciting places to make wine. So it’s time to discover it anew!