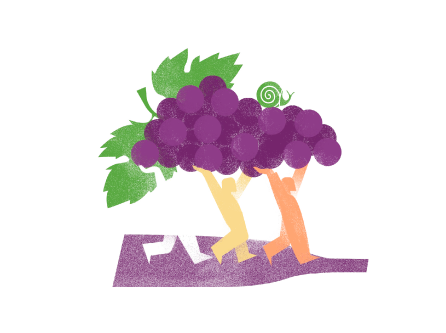 The Slow Wine Coalition is a new collaborative wine network established by the Slow Food movement*.

For some years now, vanguard wineries from around the globe have understood that we must establish a wine industry upon solid environmental, ethical and social values. As a result, many sustainable initiatives are now happening at the winery, appellation, and even regional or countrywide level. Many of these changes, however, would benefit from joining together under a well-known banner. To quote Slow Food:

“Let’s not beat around the bush: The world of wine still suffers from some serious problems whose resolution will require much more than a handful of virtuous producers (though thankfully their numbers are growing every day). It will take a unity of purpose. In other words, the creation of a network that can help us to spread awareness of what these virtuous producers are already doing, to encourage their colleagues to follow their example and to promote with culture and intelligence wine produced in a way that helps the environment, the landscape and society”.

Hence this is why the Slow Food movement is now establishing its Slow Wine Coalition. It’s international and inclusive.

The coalition is calling upon all actors in the world of wine, be they wine lovers, winemakers or wine professionals. It’s asking everyone to come together and play a fundamental role, regardless of their activities or function.

Collaboration and inclusion are cornerstones of the Slow Food network, which continues to be enormously successful. There’s a long history of making connections and improving relationships between the worlds of food production and food consumption. Slow Food has helped preserve and create sustainable agricultural systems and enhanced how we value and appreciate food. So why not extend that philosophy and expertise to wine?

The aim is to bring together individuals and local communities. They will commit to supporting the production, promotion, and consumption of wine that’s good for the environment, the landscape, and the people who make it and drink it. Concrete actions will be undertaken rather than create more hot air.

As a Slow Food member deeply concerned about the Climate Emergency and good, clean and fair wine, I welcome this initiative with open arms!

The Slow Wine Coalition has produced a Manifesto. In other words, there’s a published declaration of its aims, ambitions and principles under which it works. Rather than restate its contents here, you can download it from their website as a pdf here.

If you agree with the Manifesto, then please take the time to join the coalition by signing it. You can do this here.  While you’re there, you can decide whether to sign up for the newsletter or not. Do remember that you can be a wine lover as well as a wine professional.

My commitment is that any of the wines I feature on this website or at tasting events will meet or exceed the Manifesto requirements. 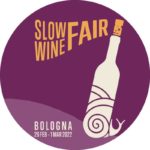 The Slow Wine Fair will be held in Bologna, at Bologna Fiere over four days, from 26 February to 1 March 2022. There will be hundreds of producers and thousands of professionals and wine lovers worldwide. There will be conferences and seminars, and the wine tastings will feature thousands of wines from all around the globe. But, of course, the wines will be from producers who sign the manifesto. It acts as a certification of good, clean and fair wine.

If you’ve ever been to the Slow Food Terre Madre/Salone del Gusto exhibition in Turin, you’ll know just how inspiring these events are. The Bologna Fair will be open to the public and to professionals – after all, it’s a coalition!

I’ll publish more information on the Fair as it becomes known.

Yes, before you ask, I’ve signed the Manifesto. I’ve long been a supporter of Slow Food, and the Manifesto statements align with my own beliefs on wine sustainability. Of course, it doesn’t replace existing initiatives, but I firmly believe it complements and enhances them.

I’m already looking forward to the Bologna Fair and aim to attend and report back, pandemic-willing. So fingers crossed, and maybe I’ll see you there!

Meanwhile, if you’d like to find out more about other sustainable wine initiatives, then read this one about what’s happening in the UK wine industry here.