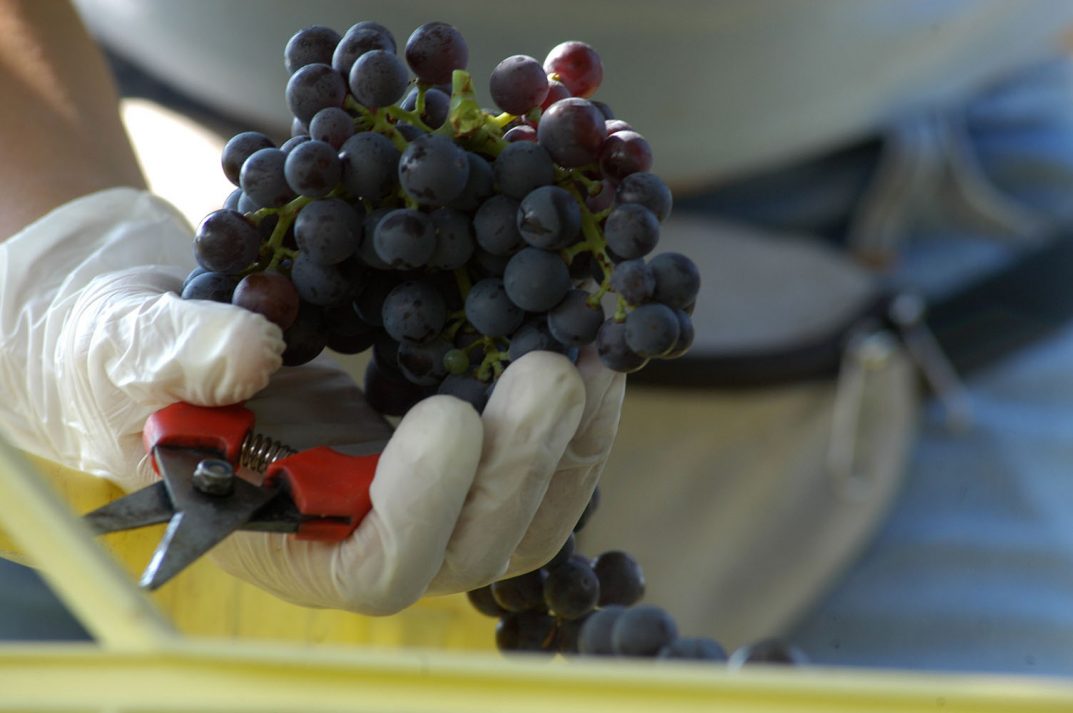 Tedeschi and climate change – the future is at stake

For any Amarone lover, the name Tedeschi needs little introduction. One of the famous great Valpolicella families, with vineyards owned there since 1630.  Today, Antonietta, Sabrina and Riccardo now run the Tedeschi business. They are the children of Renzo and Bruna Tedeschi. That’s some job, as there are currently 46 hectares of vineyard and around 500,000 bottles produced each year.

Environmental aspects of winegrowing are of fundamental importance here. For example, the viticulture is organic, with some biodynamic methods. They also favour the native grapes of this land. Consequently, you would expect Corvina, Corvinone, Rondinella and Molinara. In addition to these mainstays are the rarities; Oseleta, Forselina, Negrara, Rossignola and Dindarella.

Their flagship wine is the legendary Amarone Classico Riserva, cru Capitel Monte Olmi. It’s a byword for elegance and complexity,  representing Tedeschi’s quest for perfection.  All their wines are excellent quality, a favourite being La Fabriseria Valpolicella Classico Superiore. 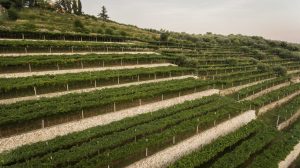 Vine training in Valpolicella often uses the traditional Pergola Veronese. It’s essentially a high system where the leaf canopy can protect the grape bunches from sunburn. In modern times, many vineyards in the Veneto use other systems such as guyot. These can be more efficient but potentially more prone to burnt grape bunches during heat spikes.

However, because of climate change impacts, some producers are returning to the older pergola system. It’s because they are finding their grapes are ripening too early and making too much sugar. In such cases, the wines are unbalanced and over-alcoholic. Let’s recall that the minimum abv for Amarone is 14%, far below the average around 16.5-17%. Some examples have reached 17.5% alcohol or alternatively retain too much residual sugar instead.

In reality, the choice between pergola and guyot is far more complicated and site-specific. Both systems have advantages and disadvantages. Also, the conversion is costly and without guaranteed benefit. Nevertheless, such a measure highlights the urgent need to respond to climate change. It’s an existential threat to the high wine quality that we all now take for granted.

Tedeschi uses Pergola for their Monte Olmi Amarone, and use guyot elsewhere. So how can they best manage climate change to ensure outstanding expressions of all their wines?

Scientific research and experimentation is the key. Hence a new Tedeschi press release explains this in more detail. The only changes I’ve made to it are to use UK English rather than US English (me being a pedantic Brit and all that). So read on:

Temperatures are rising, and weather events are becoming increasingly more intense. For Tedeschi, research and experimentation are fundamental tools to guarantee quality production.

Heat tolerance. Defence against burning. Grape ripening as late as possible. These are only some of the changes that weather conditions impose on the grapes of Valpolicella, and not only there.

“Supporting research in the area of wine growing has become not only a duty for those who appreciate our wine, but it also translates into a benefit for the territory. When climate change sounds the alarm, it becomes even more urgent for us to protect the territory and our heritage,” explains Riccardo Tedeschi, who runs the family business together with his sisters Antonietta and Sabrina. “Changes in the climate have become obvious. Today we cannot avoid facing the challenges that come with extreme heat and weather conditions that are intensifying and, for this reason, have become worrisome.” The Tedeschi family has always maintained that investing resources in research and studies is a moral obligation.

“We have started to notice some critical issues: the relative early ripening of grapes that leads to an increase in the alcohol content of the wine due to an excessive accumulation of sugars, and the mismatch between the technological maturity of the grape and phenolic and aromatic ripening,” continues Riccardo.

Tedeschi is experimenting with new cultivation techniques in the vineyard to manage the effects of climate change in the best way.

The winery quickly understood that it was urgent to take measures and learn to utilise new cultivation techniques that can mitigate the impact of global warming. We have initiated a study in an area of our land where some rows are treated with traditional methods. In contrast, others have been treated to retard the ripening of the grapes as much as possible until the end of September and the beginning of October. He further explains: “Ripening with cooler temperatures has several advantages: greater complexity and aromatic intensity of the grapes as well as a better colour of the wine beyond just the characterisation and differentiation from which the grape comes, namely the cru.”

The winery, thanks in part to valuable contributions from Prof. Giovanni Battista Tornielli of the University of Verona, is anchoring itself in experimentation applied to work done in the vineyard. The leaf system is being reduced by pinching back and defoliation at different points in the foliage above the fruit-bearing zone to delay ripening as much as possible. Pruning has also been delayed and is carried out twice, leading to a delay in the plant’s vegetation. Natural treatments, for example, plant growth regulators, are being used with the same objective of delaying ripening time.

“We are in an experimental phase”, concludes Tedeschi. “Our winery is committed to carrying out research, the results from which will be able to be evaluated naturally only after a few years.”

Tedeschi is particularly sensitive to environmental issues and is one of the first wineries in the Veneto to have obtained the Equalitas certification. Equalitas is an important recognition in sustainable wine production based on social, environmental and economic pillars. Also, since 2017, Tedeschi has supported an important study in collaboration with the Department of Biotechnology of the University of Verona and Professor Maurizio Ugliano.  It’s dedicated to the aromatic character of grapes and wines from a single vineyard and the principal factors contributing to their expression. There is a particular focus on Amarone.