The Bushes Scream While My Daddy Prunes

When researching Biodynamic winemaking in Switzerland, I stumbled on an intriguing paper. A Swiss group of plant biologists and agriculturalists wrote Rediscovering Plants: Rheinauer Theses on the Rights of Plants.  Warning, there are controversies ahead. And questions too. Here’s one, Do the Bushes Scream while my Daddy Prunes?

Daddy walks the lawn; the grass is getting long,
The trees are looking crooked, and the bushes seem wrong.
He never noticed ’til now how untidy it seems,
He frowns, thinking how it looked in dreams.

The paper reminds readers that the Swiss constitution maintains that the dignity of all creatures should command respect. Consequently, the thesis is that plants are living beings, not automata, so, among other things, they also have dignity. While this concept is a human idea, the Swiss authors suggest that plants are entitled to a life that is independent of human interest. It offers the idea that plants should be respected by humans because they are living beings. Furthermore, humans have obligations towards plants in a similar way to those obligations to the animal kingdom and the environment.

In short, Plants Have Rights Too.

All plant and animal life evolved from a common ancestor billions of years ago. Indeed, all currently living organisms on Earth share a common genetic heritage. And though the evolutionary distance between humans and plants is enormous, at the cellular level, the similarities between them are far closer than once thought. For example, both plants and animals have an immune system and possess cells that reproduce in similar ways.

Furthermore, research in plant science has shown that plants, like us, can sense their environment and can interact with it by changing their behaviour, in other words, they can at least react to stimuli and are arguably sentient.

The pale sun flickers through the twitching trees,
And the wind fills the lawn with rustling leaves,
In the shed, daddy sharpens up his secateur blades.
And the wind picks up, and the sunlight fades.

The common heritage of plants, animals, and humans is a demonstration that all living things are related and part of Earth’s existence. Living things are not human playthings. It implies that the human moral responsibility towards all living creatures should include plants as well as animals. Moreover, they should all be treated with respect rather than as disposable objects. The definition of that responsibility lies in a Bill of Rights for Plants.

That plants might be entitled to their Magna Carta doesn’t automatically mean that humans shouldn’t eat them, limit their use, or conduct research. It’s no different from how humans should treat animals. Recognising the rights of animals doesn’t mean (unless you are vegetarian or vegan) removing them from the food chain. Still, it does mean treating them with dignity and respect. Moreover, our relationship with plants occurs in various ways besides using them for food or fuel. We relate to plants in artistic, spiritual, emotional, and aesthetic ways too. The author’s award plants six fundamental Rights.

The Rights of Plants 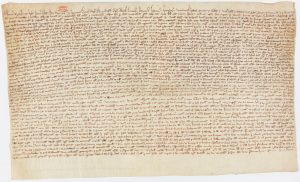 survive as a species

If you believe that the world is for humanity to use (or indeed abuse), then such ideas will stretch your credulity. Alternatively, you might pause to think about your perceptions of plants and your interactions with them. Such thinking would be considered natural to anyone involved with Jainism, whose philosophy of non-violence means not harming any living creature, including plants. Many people do care about the fate of the Rainforests, after all.

There are other consequences that arise. For example, there are implications for not using GMOs, pesticides, and fertilizers. And also for biodiversity, the environment, and species preservation. It certainly means that we should work with nature rather than against it. How would Plant rights become incorporated in our legal systems? Could cruelty to plants become a crime?

It also plays to various studies about the nature of consciousness. So do plants feel pain? Do the Bushes Scream while my Daddy Prunes?* Plants can react to stimuli, but we don’t know if they are capable of sensation as we understand and experience it, as they have no nervous system in the way animals do. Yet research also shows that plants can react to anaesthetics in the same way as humans and animals. While there is no scientific proof that plants are conscious, there are many conflicting theories. As we cannot even agree on how consciousness arises and exists in humans, this may always remain unknowable.

In the morning Daddy wears his plastic mac,
Takes the cutters from his pocket and starts to prune hard-back.
When there’s nothing left but stumps he stops to take a rest,
But Daddy’s very angry; it still looks a mess”*

Food for thought then. After all it’s not far from ideas contained in the philosophy of Biodynamics.