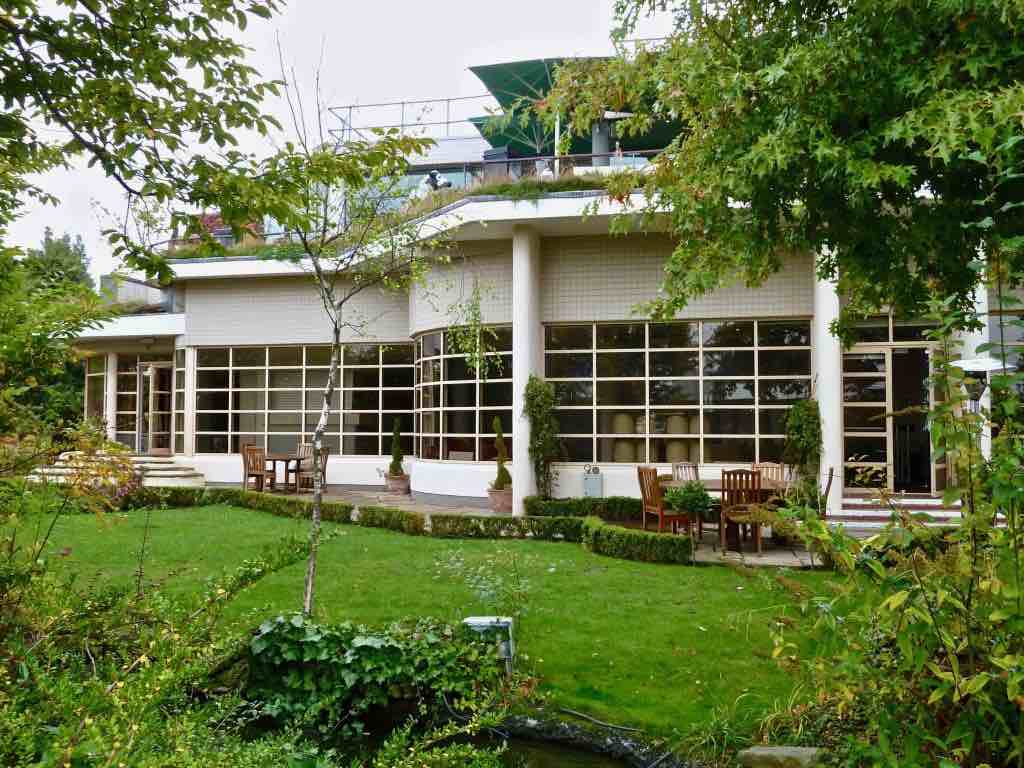 The Nature of the Catastrophe, Part 1

The Nature of the Catastrophe is a short story featuring Jerry Cornelius. Jerry is a fictional character created by Michael Moorcock, editor and prolific author of both literary and speculative fiction. The character is an adventurer, time-shifter, and incarnation of the Eternal Champion, chosen to balance order and chaos in the Multiverse. Jerry is a sixties-style amoral hipster of sometimes ambiguous gender. Many characters feature in several Cornelius books and short stories, in which references (both obvious and obscure), abound. Moorcock also has an occasional band called The Deep Fix.

Moorcock encouraged other authors and artists to create works about Jerry Cornelius, in a sort of open-source character concept rather than fan-fiction. In that spirit, and being a fan of Moorcock in general and Jerry in particular, I offer you my version of Jerry Cornelius, in which Jerry hosts a wine tasting. Part 1 starts below.

The Nature of the Catastrophe

What really happened there? We only have this excerpt.

Jerry Cornelius walked purposefully through the drizzle towards the Sun Pavilion. He’d arrived early at the Kensington Roof Gardens by the airship that was now tethered to a large Chusan Palm tree. The art deco styled building occupied a prime spot amidst an acre and a half of mature English, Spanish and Tudor gardens on top of the old Derry & Tom’s department store. It was about 100 feet above what had once been Kensington High Street and gave panoramic views of London. Nothing much else was left apart from a few concrete stumps and islands of rubble sinking into the floodwaters.

He wondered whether the program he’d organised for the evening was worth the effort. Billed as The Nature of the Catastrophe, pulling it all together had tired him to the point of exhaustion. He looked pale and fragile and was, in these latter days, dressed in a white shirt and black jeans along with the customary black leather car coat.

Still, he mused, it was worth going out with a bang rather than a simper. Entering the Pavilion, he looked out through streaked windows. The rain intensified. Jerry turned on the lights, heating, and stereo.

Jerry wasn’t expecting any trouble on this night of all nights, but he checked his vibragun anyway – it had always paid him to be cautious. Sitting down, he went through the guest list again. He’d invited all the usual characters – Una Persson, Sebastian Auchinek, Miss Brunner, Colonel Pyat, Bishop Beesley, and his daughter Mitzi, Major Nye, and Professor Hira – they were all expected shortly. Spiro Koutrouboussis, the Greek tycoon, had also accepted. Doubtless, his ratfink brother Frank would show up and attempt to spoil things for everyone. Jerry tried to banish the thought that, had she lived, his sister Catherine would have enjoyed their reunion too.

There were many more guests due – Rudolph Steiner, Eric Blair, Vivienne Westwood, Robert Hughes, Patti Smith, Karl Glogauer, Michael Moorcock, Friedrich Nietzsche and Oswald Bastable. These were some of the names that he had scribbled haphazardly on the crumpled list kept in his back pocket. To his relief, Jean Baudrillard had sent belated apologies.

Jerry surveyed the room. Shakey Mo had carefully set it out for him in a retro-futurist style. It looked splendid; the tables covered in crisp white linen and laid with sparkling lead crystal glasses.

Just then, a bedraggled pink Flamingo caught his attention. It circled outside, looking for somewhere to land. Flamingos had lived for many years at the Roof Gardens. They had now decamped to Lake Minuteman, which now occupied most of what was formerly SW6. A football stadium two miles to the south had taken a direct hit from an American missile a few years previously. Ground Zero had been filled quickly by the turbid waters of the River Thames.

Jerry turned his attention to the pinging elevator at the far side of the room. Someone was coming up.

Brian Eno emerged from the lift, the first guest to arrive, shaking raindrops from his overcoat.

‘Hello, Jerry, I thought you were dead.’

Eno sat down quietly at the front of the room. He toyed with a small deck of cards while waiting for the evening to begin.

Mercifully it had now stopped raining. Guests began to arrive two by two, having made the journey by amphibious vehicle or boat. Sodden coats were left in a heap in the adjoining room. Dr Karen von Krupp was in her usual bottle green dress and purple boots. She was accompanied by Marcel Duchamp. William S. Burroughs escorted Rose Tyler. Grace Kelly, dressed by Edith Head, was on the arm of Bryan Ferry. Everyone smiled and waved in Jerry’s direction.

Jerry turned the music off as more guests took up their allotted places at the tables. Now an assortment of Nobel Prize winners, philosophers, and people who had seen God arrived. Conversations, at first stilted and polite, became longer and raucous as old friends were recognised and new adversaries made.

Darkness fell on the damp gardens. Inside, the Sun Pavilion was now warm and brightly lit by ornate chandeliers. There was a palpable air of expectation. Jerry took his coat off.

‘Smaller than your previous parties,’ said Frank Cornelius, the last to arrive. Jerry winced and made a rare effort to control himself before turning to face his brother.

‘There are so few of us left,’ he replied.

‘I suppose you’ll be treating us to that awful band of yours. What are they called, The Deep Fix? I can’t remember any of your songs’.

‘We were never a singles band. Anyway, there’s no time to play tonight. Now go and sit down at the back next to mum and try to behave yourself.’

At last, everyone was seated. Self-consciously standing at the front of the room, Jerry banged the table with his gavel. Suddenly he felt stronger and able to carry on.

‘Evening one and all – and welcome to our little soirée, called The Nature of the Catastrophe. I do hope you’ll enjoy yourselves. In any case, I’ve brought along six rather unusual wines.’

‘Six wines, where from?’ shouted Mitzi Beesley, impatient as ever.

‘A personal stash. Each with a story. Wait and see.’

Jerry checked his watches on each wrist (a Breitling on the left and a Casio on the right).

The Nature of the Catastrophe Part 2 now follows.