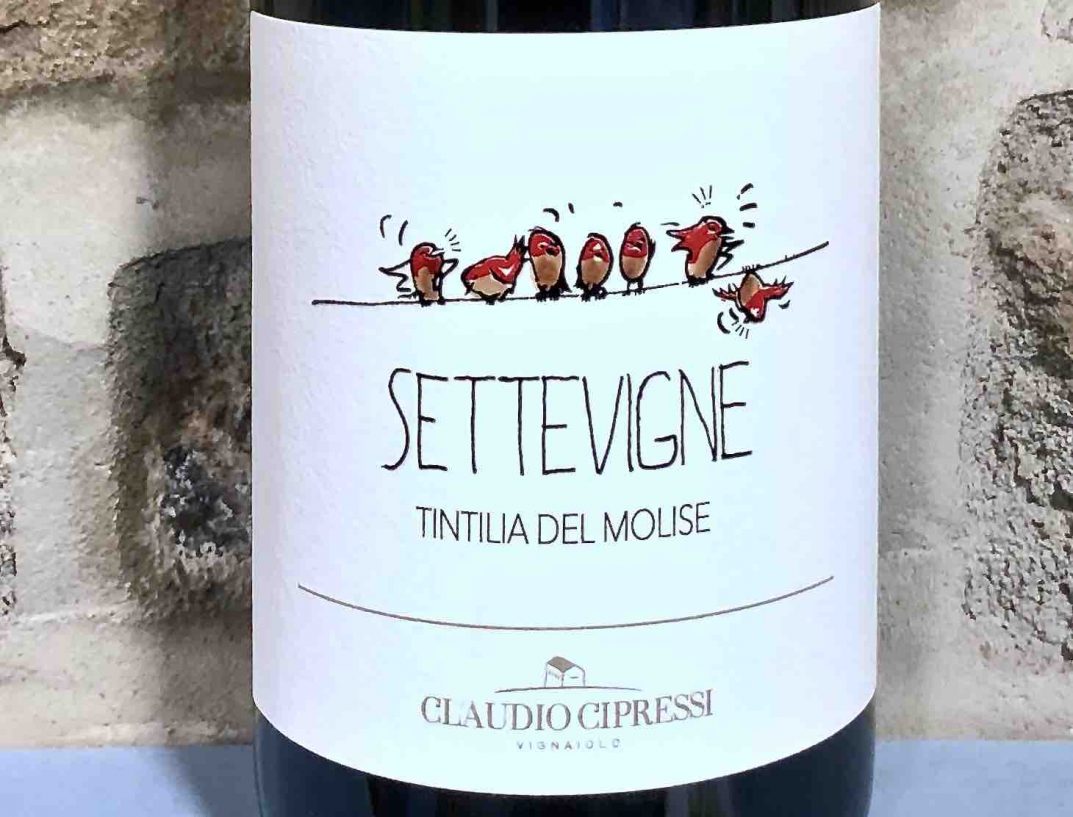 Tintilia is an Italian native red grape variety that comes from the region of Molise. Despite this variety being of high quality, it became abandoned because it had low productivity when quantity was vital to survival. Besides, constant rural depopulation and the second world war’s devastations helped hasten its demise.

However, now that wine quality and taste trumps quantity, Tintilia is making a comeback. So much so that it has its own Tintilia del Molise DOC.  From surviving only as a few abandoned vines around the town of Campobasso, Tintilia now occupies 111 ha of vineyards. 97% of this is in Molise, with the other 3% across the border in Abruzzo.  The Tintilia del Molise DOC covers 65 hectares*, with the remainder usually contributing to blends in Molise DOC Rosso or the IGPs of Terre Degli Osci and Rotae.

Tintilia has undoubtedly been around long enough in Molise to be considered native. However, DNA testing shows that it is unrelated to any other Italian grape variety, and its exact origins are murky.

One clue to its origin may be that the Spanish Bourbons ruled Molise. Molise was a province of the Kingdom of the Two Sicilies until Italian Unification in 1861. So the Spanish may have brought Tintillia to Molise, and if so, that’s at least 150-200 years ago. As the Spanish name for red wine is Tinto, this may be further, though hardly compelling, evidence. However, DNA matching has confirmed possible Spanish origins, the most likely being the Parraleta grape of Somontano. There is certainly no link with previous candidates such as the Spanish Mazuelo or Sardinian Bovale.

Meanwhile, Molise is the second smallest region of Italy and also the youngest. Though it has plenty of history, tradition and cuisine, it only became an Italian region in 1963. Then, it was part of the larger Abruzzi e Molise region, separated into the present-day Abruzzo and Molise.

55% of Molise is mountainous; the high inland Apennine spine tumbles down to a high plain and thence to the Adriatic coast. This area suffered rural depopulation during most of the nineteenth and twentieth centuries, ironically leaving much of the stunning landscapes unspoiled. Thus, Campobasso, the most significant town, is the ideal place to discover Molise.

While wine is an important agricultural product, the relatively small regional production in Molise was mostly rustic quality for local consumption and handled mainly by co-ops in bulk. So is it any wonder that the wines of Molise have barely featured in Italy, let alone on the international stage?

In 1982, Burton Anderson, the peerless writer on Italian wine, said, “Conceivably, Molise’s neglected hillsides may one day make wine of real worth, The climate is right, and those rocky inclines aren’t suitable for much else. Perhaps the most inviting thing about Molise is that few people go there, possibly because few people know where it is”.**

Nearly forty years on, those worthwhile wines are now a reality. While wine production remains small, new producers have appeared and are making top-quality wines. As well as Tintilia, which is Molise’s unique calling card, there are other Italian native varieties grown in Molise that have their origins in the neighbouring regions, such as Sangiovese, Aglianico, Montepulciano, Trebbiano, Fiano, Falanghina, Greco, Moscato and Bombino. Inevitably there are international varieties too. Molisan wines have never been better.

The Tintilia del Molise DOC and the Consorzio

In 1998, Tintilia became an authorised grape variety in the general DOC Molise. However, real progress came with the creation of the Tintilia del Molise DOC in 2011. This DOC allows Rosé, while the red wine comes in two forms – Rosso and Rosso Riserva. The rules allow for plenty of stylistic interpretation. While the older generation of winegrowers may still recall their forebears making Tintilia wines, they were too young to know how they were made or tasted. The Rosé and the Rosso insist on 95% Tintilia in the wines. That allows for a splash of other red grapes, though 100% Tintilia versions are now more common. There are no rules about maturation methods, save that the Riserva must age for two years.

However, there is a crucial DOC altitude rule. Tintilia must be grown at over 200 metres to qualify as DOC. It’s because this grape prefers the diurnal variation, cooler temperatures, and constant breezes that altitude confers. Those factors preserve fresh acidity and moderate sugar (and hence alcohol) production, helping to make balanced wines. Tintilia’s grape bunches have fewer and fewer small berries, so yields are low. However, the grapes also have three rather than two pips, so there’s no shortage of tannin or ageing potential.

As Molise is mainly hilly and mountainous, the altitude rule also means that Tintilia in the DOC grows on Campobasso and Isernia’s hilltops. This part of inland Molise may be in Italy’s Mezzogiorno, but it’s one of its coldest places***, ideal for Tintilia.

Another sign of the increasing quality and interest in Molisan wines is that the Tintilia del Molise DOC now has a Consorzio to call its own. Founded by seven producers in 2017, and it was recently awarded broader powers in December 2020.

The taste of Tintilia was generally unknown until recently, and the wines come in different forms. Hence Wine Alchemy held a comparative tasting of several examples using bottles purchased in the UK. All the wines were excellent and of high quality, covering several styles and vintages. At the risk of being presumptuous, the goal was to identify one wine as a benchmark example of Tintilia’s identity. The wine chosen is organic, unoaked and at an affordable price point. It was also from an excellent vintage and made by a champion of this variety. 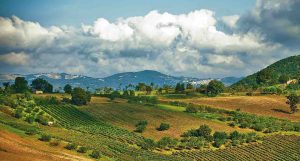 Claudio Cipressi is also a founder member of the Consorzio. Cipressi cultivates a total of sixteen hectares, high up at 600 metres.

Twelve hectares are for Tintilia, the remaining 25% has Montepulciano, Falanghina and Trebbiano. The estate has been certified organic since 2014. Cipressi makes four different and contrasting Tintilia del Molise cuvées, including Settevigne.

Settevigne matures for two years in stainless steel, followed by six months in bottle. As it sees no wood, it’s an expression only of the grape variety.

As is typical, this wine is a deep and inky colour. There’s plenty of aromatics, with sour cherry and garrigue-like scents. At 14%, this is a powerful wine, but the alcohol level is never intrusive thanks to the retention of fresh, flinty acidity, while the tannins are present but softened with age. There’s an attractive creamy texture too.  As the juicy sour cherry fruit slowly fades, lingering hints of plum, tar, anise, and chamomile draw you back again for another delightful sip.

UK Stockist £18.99 Vine & Soul, in Leeds – they are Molise wine and travel specialists.

There’s no doubt that Tintilia should lead Molise’s winemaking direction towards a brighter future for the grape and the place.  Settevigne is a benchmark example of Tintilia. Made by a Tintilia expert, it’s an excellent wine to start exploring both this high-quality grape variety and the Molise region.  However, there are other excellent Tintilia del Molise DOC wines, with several available in the UK. So the recommendation is that if you see a Tintilia del Molise wine, buy without hesitation!

*** Based on Campobasso weather data. Please note that using the word “cold” in southern and central Italy is a relative term and often welcome!

Meantime, if you like to discover unusual or rare grape varieties, then try this piece on an Italian white grape called Timorasso.