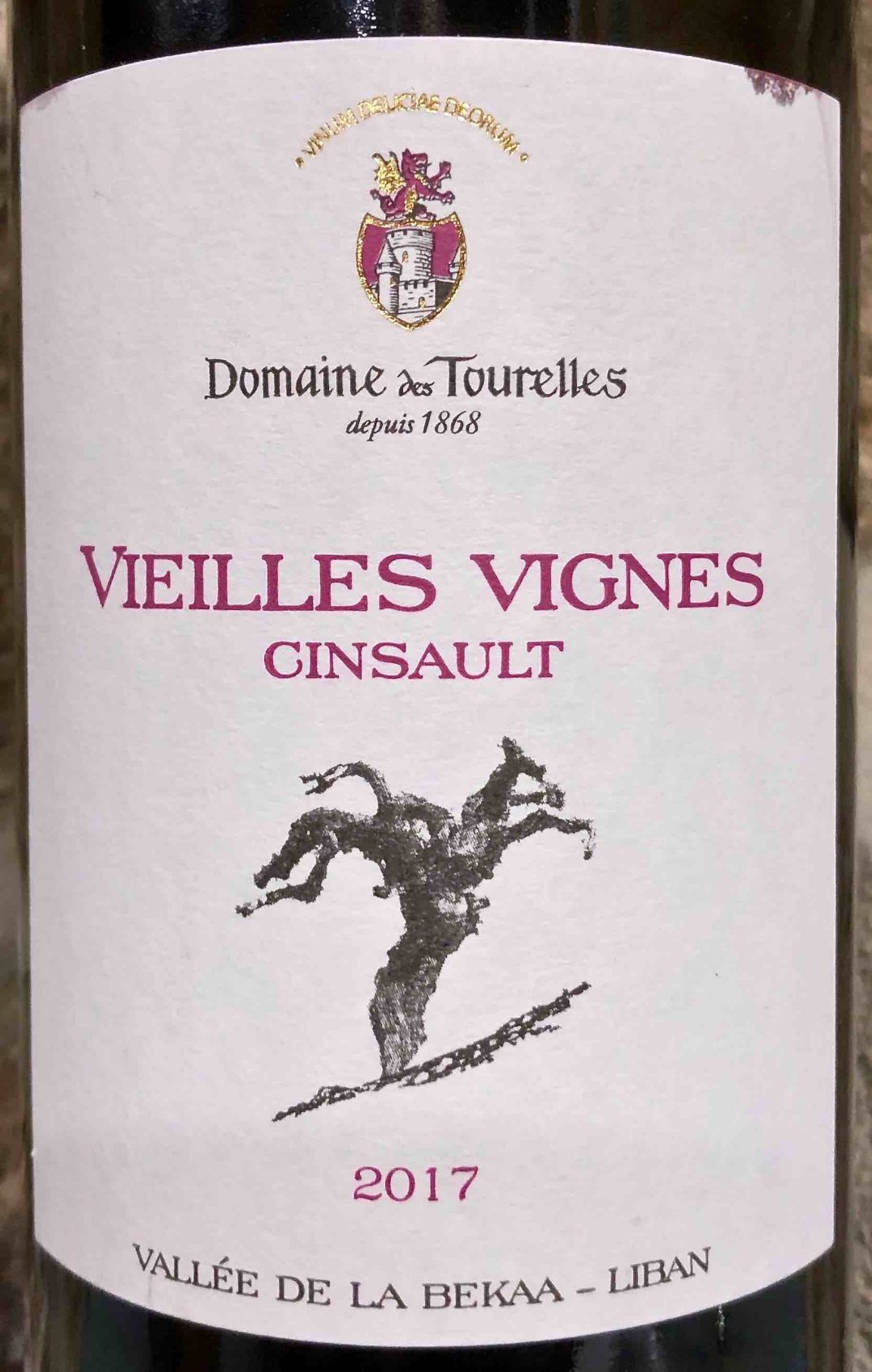 Tourelles Cinsault – a wine for our times, WOTY 2020

The WOTY (wine of the year) 2020 award from Wine Alchemy goes to Domaine des Tourelles in Lebanon, for their splendid red wine, Cinsault Vieilles Vignes 2017.

A wine for our times

As is usual, the Wine Alchemy WOTY must taste great. It should also be organic, sustainable, show terroir, and be available in the UK. In short, a WOTY must always stand out from the crowd. There were, as usual, plenty of contenders.

But what a year 2020 has been, it’s one we’ll never forget, even though we’d like to. So this year, a worthy WOTY should also be a wine that can stand for these times. Such a symbol must represent grit, resilience and lasting endurance in the face of dire adversity. 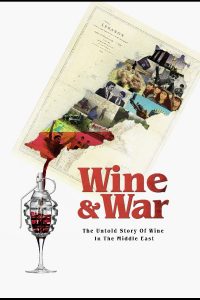 Every country has suffered from the severe effects of the COVID-19 pandemic. However, in Lebanon, last August, Beirut suffered a massive explosion caused by 2,700 tonnes of ammonium nitrate fertiliser. The aftermath left an estimated 180 dead, with 6,000 injured, and it wrecked the homes of thousands more. And that was on top of the pandemic, deep economic and political crises, regional instability and decades of conflict. UNHCR estimate that there are more than one million Syrian refugees in Lebanon. Oh, and there’s climate change too.

Despite all this, high-quality winemaking continues in Lebanon, and wine is one of their only significant exports. Hence one of the best ways to help the people of Lebanon is to drink their wines. Which, given they’re so good, is the easy bit.

Whether or not you are familiar with Lebanon, a superb feature-length documentary film, Wine and War, documents the trials and triumphs of winemaking in Lebanon with eyewitness accounts. It was released last October and is available to stream on the Altavod independent filmmakers’ platform. Because all the proceeds from the film go to charity*, there’s double the reason to watch it.

Squeezed between Israel and Syria, Lebanon is one of the world’s oldest winemaking regions. It was home to the Phoenicians, who became the first great wine traders and helped spread wine and vine around the Mediterranean. Since then, many cultures have governed Lebanon. However, one of the most pronounced influences is the French due to their colonial legacy. As a result, French is the second language; most of the vines grown are French, and French winemaking practices are French.

It seems unlikely that a wine culture could exist in the middle-east, and for so long. Yet, the Bekaa valley offers a unique terroir. It’s a rift valley with flat land sandwiched between two mountain ranges. They protect it from excess rain from the west and desertification from the east, with clear sunny skies for 240 days per year. The fertile valley is hot and dry. However, it’s high up at around 1,000 metres and has sufficient and consistent winter rainfall and snowmelt to grow abundant crops. It was once one of the breadbaskets for the Roman Empire.

Tourelles, like most Lebanese wineries, is in the Bekaa valley. They are in Chtaura, 40 km from Beirut, on the Beirut to Damascus road. Continue east from Chtaura on the same route for 20 km, and you’ll reach the Syrian border at Masnaa – the busiest crossing point between the two countries. 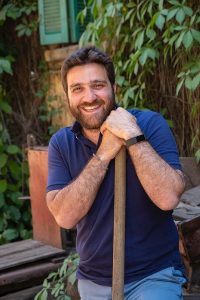 Domaine des Tourelles is one of the oldest wineries in Lebanon. While not the oldest, it was the first to commercialise the wines made. It was founded in 1868 by a French engineer, François-Eugène Brun. His grandson, Pierre Brun, inherited the winery. He made Lebanon’s first rosé in the 1960s, a time of peace and prosperity when Beirut was “the Paris of the East”.

However, the civil war from 1975 to 1990 took its toll on commercial wine growing. After Pierre Brun died in 2003, Elie Issa and Nayla Issa al-Koury bought it. Since 2008, Faouzi Issa has gained international recognition. His French influences are readily apparent; before taking over at Tourelles, he studied oenology in Montpellier and then worked at two great French wineries, Domaine René Rostaing in Côte-Rôtie and Château Margaux in Bordeaux.

Cinsault is a southern French grape variety, generally seen as an unfashionable “workhorse grape.” It’s productive, relatively low in tannin and high in sugar, making it ideal as a blending partner. Hence a 100% Cinsault red wine is a rarity, and most are from South Africa or Chile. However, Cinsault thrives in the iron-rich clay and limestone of the Bekaa valley. This example from Domaine des Tourelles is not only unusual and exceptional; it might be the world’s best.

Faouzi Issa certainly knows how to coax the best from this grape, with low intervention methods. His 2.5 hectares of Cinsault are some of the oldest in Lebanon, planted in the 60s and 70s. They grow as stand-alone organic bushes. A strict hand selection includes only the best grapes at harvest, first in the vineyard and again at the winery. Then the wine ferments with wild yeasts in ancient cement vats. Maturation is in old inert French casks for eight months, so the wood doesn’t mark the wine. There is no fining or filtering, and the low sulphur regime also allows the wine to express itself fully.

A ruby-garnet colour, the complexity of scents is surprising; rose petal, blossom and red cherries. Linger over those before moving on. On tasting, the first impression is how balanced this wine is. The finely polished tannins are in harmony with the bright, clean acidity and the red cherry fruit. It’s also remarkably silken in texture. Then complexity emerges, with fig and plum flavours, before a long finish with brown spice and anise notes. This remarkable wine offers elegance, finesse, and charm, not words usually associated with Cinsault! Yet, at the same time, it’s deliciously and dangerously drinkable.

This exciting wine has been a go-to wine at Wine Alchemy throughout 2020, enjoyed again and again. Moreover, unlike most Cinsault, it could be long-lived too.

This Cinsault is also versatile with food. Lebanese cuisine is a shoo-in. So is Roast lamb or other grilled meats. The French influence means that Coq-au-Vin is a natural partner. Alternatively, why not just pour a glass or two while watching the film!

Imported by Boutinot, you’ll find this wine at £17.99 at the following stockists:

Let’s finish on a quotation from Kahlil Gibran, taken from his book Broken Wings:

“Out of suffering have emerged the strongest souls; the most massive characters are seared with scars.”

Here’s to hoping that 2021 brings us all succour, wherever we are. But until then, take a deep breath and keep going. For me, that’s a New Year’s Resolution worth keeping.

*The Charity is CAP-HO, providing medical care to children without insurance at Beirut’s St.Georges Hospital, in the aftermath of the 4 August 18.08 explosion.

There’s photography of Beirut, six months on from the blast here.

If you would like to explore more Lebanese wines, then take a look at Chateau Musar here.  There are many other excellent Lebanese wineries, and some of those will feature in 2021.

And if you’d like to see everything published on Wine Alchemy in 2020, go here.