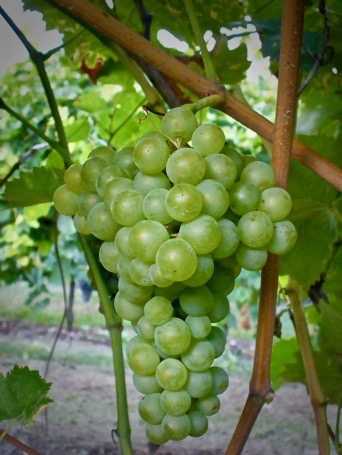 Trebbiano di Soave is, alongside Garganega, one of the mainstays of Soave. Under the current rules, Soave allows the inclusion of it up to 30%. Other non-aromatic white grape varieties now only have a 5% maximum. Chardonnay, Pinot Bianco, and Manzoni are those that spring to mind. At the same time, it’s Garganega that’s seen as the great grape of Soave. Hence Soave is frequently a 100% Garganega wine.

Meanwhile, to say that Trebbiano di Soave has had a chequered history is an understatement. There are many white grape varieties in Italy with the name Trebbiano, and many of them look similar. Hence, over time, these have become confused and conflated.  Only recent DNA testing has enabled the differences between them to be clarified and relationships established.

Vinum trebulanum (meaning vigorous shoot) was a famous wine from Campania. It was written about by the Roman, Pliny the Elder, in his epic Naturalis Historia. Preserved by Monks, these manuscripts became widely distributed by the invention of the printing press. 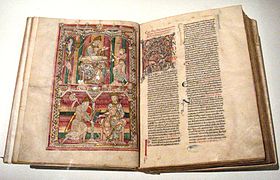 Since then, many Italian white grapes became known as Trebbiano, a catch-all name for those that were highly productive and easy to grow. Volume is a useful feature whenever quantity is more economically valuable than quality. In the long history of wine, that’s been most of the time!

Hence there is a whole range of Trebbiano varieties, such Trebbiano Abrusseze, and Trebbiano Spoletino, which are high quality but unrelated.  Unfortunately, many other Trebbiano’s are only good at producing volume and acidity. Wines from them are mediocre at best.

Often, the real culprit is Trebbiano Toscana, aka the French Ugni Blanc. This variety remains planted in copious amounts, throughout Italy and in France. In France, they make Cognac with it, the ideal solution.  Sadly, while it makes fabulous Vin Santo in Tuscany, Trebbiano Toscana came to dominate Italian dry white wine production in the days when demand was for huge volumes at low prices. Paying growers by weight compounded the problem.

What’s in a name?

Certainly, Trebbiano di Soave has been well-known in Soave since medieval times. It was said to be superior to all the other white varieties in the region, including Garganega. That’s the opposite view to that prevalent today.  Now, recent DNA studies have helped unravel its story. It turns out that it’s genetically the same as the Verdicchio of the Marche, and Trebbiano di Lugana from Lake Garda. Furthermore, as those areas have proven, it’s a high-quality grape with great potential for longevity that’s unrelated to any of those other Trebbiano varieties.

It’s apt to quote Shakespeare’s Romeo and Juliet, set in nearby Verona:

“What’s in a name? that which we call a rose
By any other name would smell as sweet.”

However, say the word Trebbiano, and the response of many wine lovers isn’t positive. What then, of Trebbiano di Soave? If it’s high quality, why isn’t it more common in modern Soave?

Garganega is more straightforward to grow than Trebbiano di Soave, which is prone to fungal diseases and viruses. If you need to replant, Garganega is an obvious choice, particularly after the vineyards were decimated by phylloxera at the beginning of the 20th century. Secondly, when the volume is more important than quality, as is was until the 1970s, planting the hugely productive Trebbiano Toscana also made more economic sense. The variety also lost out to the international types, with their proven track record.

In the 1960s, Soave, as one of the world’s most famous wines, was unable to keep up with demand and so expanded its area. While this incorporated some excellent new terroir, it also broadened onto flat land. There, the hugely productive Trebbiano Toscana could be worked cheaply by machines, providing volume but minimising quality. Hence the success of Soave became its reputational undoing. That situation is now long past, but these factors took their toll. Today, Trebbiano di Soave only occupies some 102 hectares in Soave.

Now Soave is back at the apex of the world’s white wines. Much of the renaissance is down to dedicated winegrowers and a forward-looking Consorzio with their relentless focus on quality. The division of Soave into Cru subzones and its designation as a Globally Important Agricultural Heritage System (GIAHS) demonstrate this.

But so too was the eventual banning of Trebbiano Toscana from inclusion in all Soave wines. The ban began at the DOCG level but now encompasses all levels of Soave.

And while Garganega is now dominant, Trebbiano di Soave is making a comeback. For example, this year, luminaries of Verdicchio such as Garafoli were in Soave, sharing knowledge and skills with Soave producers and customers. 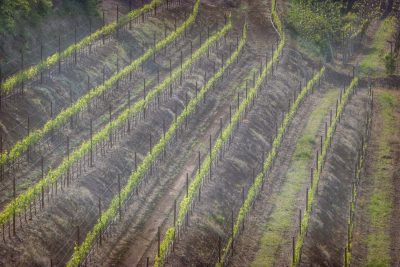 Meanwhile, a handful of wines are being made only with Trebbiano di Soave. They cannot be called Soave, given that the maximum allowed is 30% so are IGT Bianco Veronese

The first of these was from the Suave winery in 2008. Here’s a video all about it, in English. Others examples now come from Filippi, Balestri Valda, le Mandorlareand Corte Adami.

This vine variety is once again receiving attention in Soave, for its unique oenological expression and its historical value.

Featured below are recommendations for Trebbiano di Soave wines available in the UK, whether as 100% versions or as Soave blends. They will age well, so keep some back!

The first 100% Trebbiano di Soave wine is volcanic and comes in a distinctive squat bottle. Fermentation in stainless steel with natural yeasts, 18 months maturity on the lees and another 12 months in bottle. Jasmine scented crisp acids (no malolactic), flavours of pears and a long green herb and mineral finish. It’s a delicious expression that will age well. Imported by Bibendum, find it at Buy Great Wine for £19.15, or try Italvinus at £11.11. Suavia also makes a no-sulphur Método Classico zero dosage fizz with it too, called Opera Semplice, though sadly that’s not available in the UK.

25% Trebbiano di Soave, 75% Garganega, vinified separately in stainless steel then blended. Elderflower and citrus nose. Pear, grapefruit and a lovely slippery texture. Chamomile on the finish. 2000 had developed caramel, honey and nuts. Cru Castelcerino and certified organic, there’s even a herd of goats in their vineyard. A proper Goat’s do Roam perhaps?  Davy’s Wine Merchants £15.95, or a magnum is double the fun for £32.00 at The Wine Society

30% Trebbiano di Soave and 70% Garganega.  This Cru Sengialta Soave is an organic volcanic wine from the heartland of Classico, where there’s also limestone mixed in. Fermented in stainless steel, maturation in old oak botti. Wafts of white and yellow flowers. Elegant, peach and apricot fruit, chalky mineral length, a little beeswax. Breathtaking wine. Their terrific 100% Trebbiano di Soave called Libertate is partially made in amphora, and I’d love to see it in the UK. Importers are Ellis of Richmond, so watch out for it in restaurants such as The Wild Mushroom in Sussex, Bluebells in Ascot and Condita in Edinburgh.

I like these wines with Burrata, with a pinch of lemon peel and a few chilli flakes plus fresh beef tomatoes and extra-virgin olive oil. For something nearer home, try Morecombe Bay Potted Shrimps.