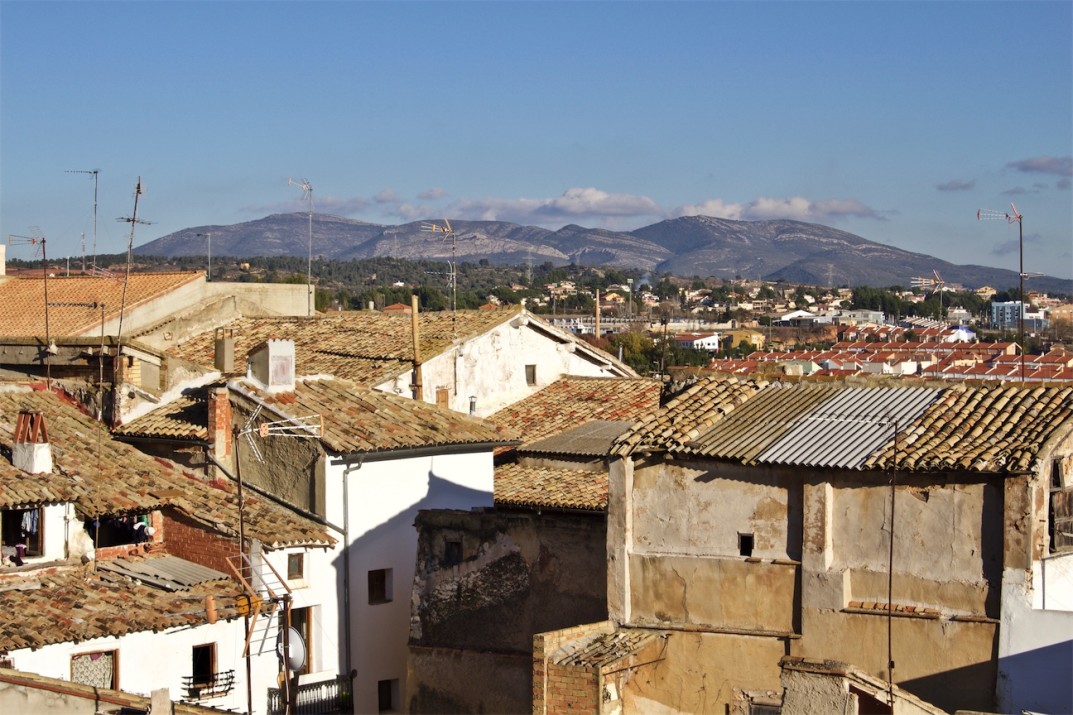 Utiel-Requena: searching for the heart of Bobal

Utiel-Requena is one of the appellations in the València region, alongside Alicante and València itself. Of the three, it’s the largest and furthest inland, about 60 km west of València, and home to an indigenous red grape called Bobal. Neither appellation nor grape is exactly household names. But now, times are changing. 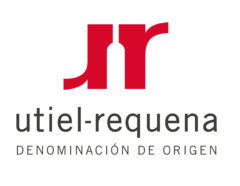 The climate is primarily continental, relieved by winds blowing from the Mediterranean. The high altitude of 600-900 metres means long, frigid winters, short, torrid summers, and a huge variation between night and day temperatures. There’s little rainfall but lots of sunshine.

In this harsh land, Bobal reigns supreme, and wine culture goes back at least 2,700 years. As a result of the climate, pest and disease pressure is low, so organic farming is commonplace. The Utiel-Requena PDO has 96 wineries based around the old towns of Utiel and Requena. These are easy to get to because they are on the main route from València to Madrid. Such is its natural gifts that this region is likely to become a UNESCO World Heritage site soon.

Meanwhile, with over 80,000 hectares, Bobal is Spain’s third most widely planted grape. That fact is a frequent surprise to many. It’s overshadowed by Tempranillo and hardly found beyond Spanish borders.

In Utiel-Requena it covers 75% of the DO vineyards, some 24,000 ha, with more than half of them over 40 years old and in turn, many of those over 80. Meanwhile, the name Bobal means “Bull’s head” after the tightly packed shape of the grape bunches.

This grape variety has adapted to this terroir over centuries. It’s resilient, likes altitude, and copes with drought extremely well. It also buds late, after the risk of frost has passed. Meanwhile, late-ripening conserves precious acidity at harvest time. Dry-farming it as a bush vine helps retain moisture.

In the past, Bobal was used for cheap bulk wines, both in Spain and abroad. It’s naturally highly productive, though prone to uneven ripening. These mean that it has rustic flavours if not grown with care.

Unlike Garnacha and Tempranillo, it produces only modest levels of alcohol and has high levels of acidity and tannins, plus a vivid colour. It ages well too. Such valuable qualities made it useful as a “medicine” to blend into other, less well-endowed, wines, whether at home or abroad. Talking of medicine, this is a grape variety with a substantial amount of Resveratrol, a natural polyphenol that’s potentially beneficial for human health.

Because of the Spanish wine quality revolution, there is ongoing research into getting Bobal to play to its strengths. Now there are better clones available, with looser grape bunches that encourage even ripening. Severe pruning is used to limit yields. Now its potential for high-quality wine is being realised.

While the name Bobal may well be unfamiliar, I’ll wager that you’ve probably encountered it in a Spanish blended red at some point. Now it’s time for this once unfashionable and obscure grape to join the more glamorous nobility. I bet someone is planting it in Australia as we speak…

The Utiel-Requena PDO arranged a special tasting in Requena, gathering 21 wine producers at the Iglesia de San Nicolás. San Nicolás is the oldest Church in Requena, brutally ransacked during the civil war in 1936 and abandoned until 2009. Now restored, it includes modern architectural elements such as the beautiful new roof. For this reason, excellent exhibition space has been created, with modern facilities and terrific views, and an essential visit. 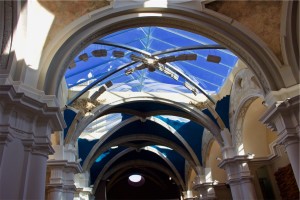 However, Utiel-Requena has plenty of other grape varieties, include local rarities and a smattering of international varieties. As a result, these come in virtually every conceivable style. Some wineries are making splendid Cava too. Hence each producer brought a selection of their representative wines, ranging from fizz to sweet, with the dry white, rosé and red wines in-between.

Consequently, many other good wines appeared alongside Bobal. However, given this grape is the driving force in the appellation, it is the focus here, though the other local and rare white grapes, Merseguera and Tardana, are particularly excellent.

Consequently, here’s a half dozen wines available in the UK. All of them are 100% Bobal or Bobal-dominant. Also, every producer presented other well-made wines to demonstrate how Utiel-Requena is moving forward. Only the lack of space and the focus on Bobal has strictly limited this selection. 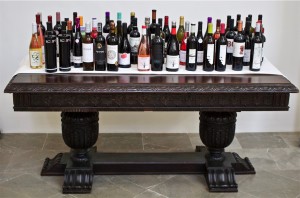 Aranleon
Soló Tinto, 2013. 14% abv. 80% Bobal, 10% Syrah, 10% Tempranillo. Fermented in cement vats then given 12 months in old Hungarian and French oak. Rich and fleshy, red berry and damson fruit. Hints of lavender on the nose and a savoury finish. The oak offers some support. Refined and delicious. My wine of the tasting. The Wine Society £9.25

Valsangiacomo
Bobal de Sanjuan Tinto 2013. 13% abv. 100% Bobal. Part of this co-operatives Bobal project, made in cement tanks, with a small amount then matured in old French oak and blended back. There’s a real varietal character here; dark red-black colour, then violets on the nose. Medium-bodied with a good balance of acidity, fruit and well-rounded tannins. There is cherry and damson fruit with black pepper and liquorice finish. Wine Direct £7.95

Murviedro
Cepas Viejas, 2013. 13% abv. 100% Bobal. From ancient bush vines over 80 years old, given eight months in French and US oak. Violet and toast scents. Blackberry and plum flavours, a little mocha on the finish. Drinkmonger, Edinburgh, £9.95

Of course, young blood and new wineries are partly responsible for recent improvements. However, there’s also a revolution at the co-operatives and established Bodegas too.  Moreover, the PDO is admirably supporting these developments. There’s plenty of ambition and investment in appropriate technology and skills, while still respecting the traditions and identity of this land.

Bobal now appears on supermarket labels too, so please keep an eye out! With this in mind, please me know if you like them. Meanwhile, having discovered this region, I can’t wait to go back and explore more. (PS,  I have done so, several times!)