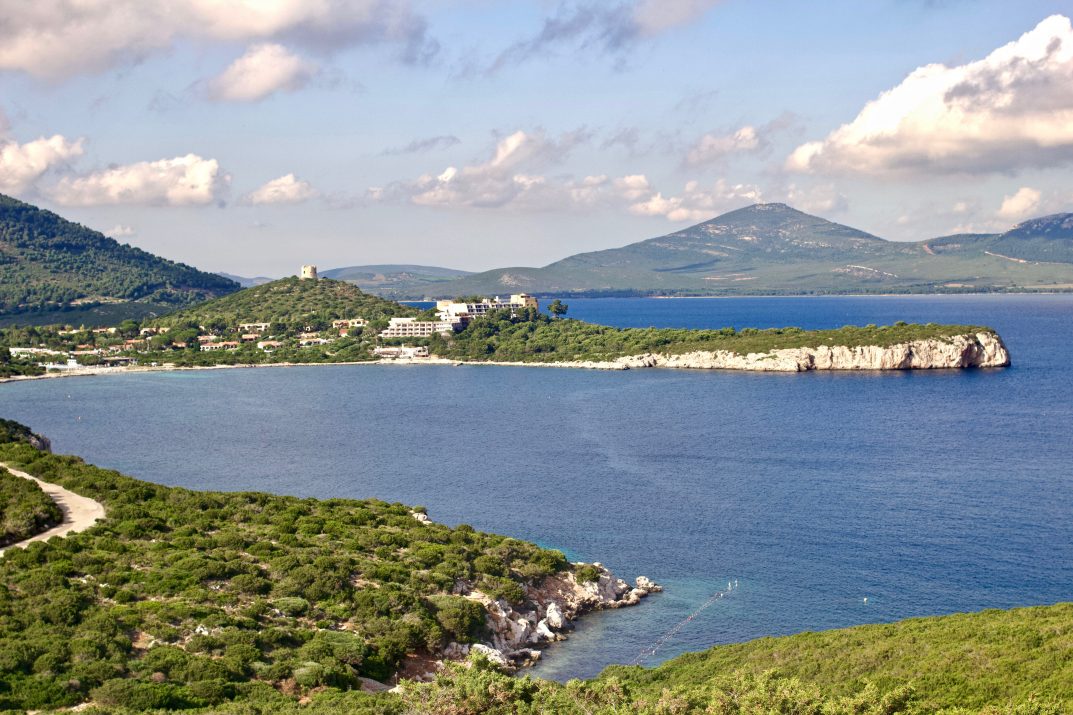 Part 1 of this article covered Vermentino di Sardegna wineries and wines from the south of the Island. In this Part 2, it’s time for those further north. These are roughly centred on the town of Alghero, featuring ten wineries and 18 wines.

Tenute Soletta is in Codrongianos, near Alghero and Sassari. It’s a family-run business with vineyards dating from the early 1900’s. Their 16 ha of vineyards are at 400m above sea level with a north-east exposure on sandy, calcareous soils. Traditional wines aimed at the hotel and restaurant market. 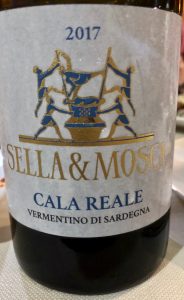 See my Sella & Mosca article, which covers them in detail. 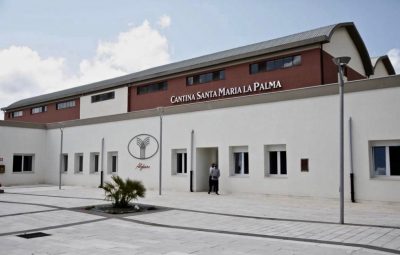 In 1946, farmworkers were given land on the flat Nurra area near Alghero following post-war agrarian reforms. In 1959, some of them formed a cooperative, now with 326 growers and 700 ha of vineyard. Today they are the biggest producers of Vermentino on the entire island. There is a vast range of wines in all styles and formats.

Vermentino fizz made by the Charmat method. Off-dry and buttery with 14g/l residual sugar. Unusually, 700 bottles mature in their Underwater Winery on the seabed for 6-12 months. It’s nearby, in the protected underwater national park of Porto Conte at Capo Caccia. It’s a bold statement of skills, ambition and prestige by the cooperative. You can watch the videos here, and production is planned to expand. Expensive, but it’s a sunken treasure. N/A UK €55.00.

Their top Vermentino, an old vines selection from Usini. The most elegant of their Vermentino range, with a leesy, yeasty dimension and pear fruit. Harrods £14.35. 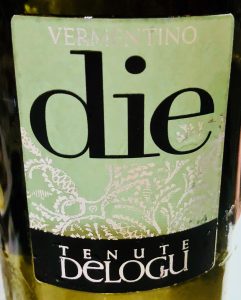 This company is just five years old,  near Alghero. Their estate is some 60 ha, with 20 ha of vineyards on calcareous clay soils, including Vermentino. It’s near Alghero, with a modern winery, agriturismo and a restaurant. These wines are organic and without added sulphur.

Pronounced dee-aay, meaning “the day”. You’d need to call it something else in English-speaking markets though! Aged for one year in bottle before release. Delightful, very pure fruit, crisp and refreshing. N/A UK €9.00

A 100% Vermentino, but they prefer to use IGT Isola dei Nuraghi to differentiate it. 50% has a one-year maturation in US oak barrels for a different style. Melon and grapefruit underpinned with toasty oak that adds a little smoke, cinnamon and coconut without overpowering the wine. Very well judged oak effects. N/A UK €11.00 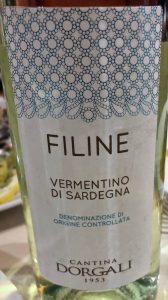 A cooperative dating from 1953, with by 220 members and 650 ha of vineyards. They are between the Supramonte mountains and the Gulf of Orosei on the west coast. Soils are mostly granitic. Prices are particularly sharp, so there’s high quality to price ratio.

Since 1959, this cooperative has 190 ha and 190 members covering the Ogliastra hill territory on the east coast. Vermentino grows on limestone and clay soils.

Four ha at 100m overlooking the sea. Their “beach Vermentino” is a contrast to Menhir. Much more floral and fruitier, softer pineapple notes and a zippy, tangy finish. N/A UK, €12.00 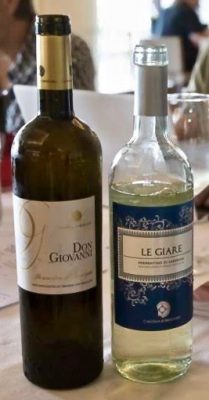 Il Nuraghe is a cooperative of 500 growers and 450 ha of vineyards that started in 1956.  These are at Mogoro on the west coast, with a range of calcareous, granite and sandy soils. They have a wide range of indigenous Sardegnan grapes including excellent Vermentino.

From calcareous soils at 120 metres. Bone-dry, fresh, pears and an almond kick on the finish. Characterful.  Ital Sardo. £15.00

Made for the hotel and restaurant market. Selection from sandy soils at sea level. Riche, broad and soft, leesy, Willaims Pears and a long finish with only a little salinity. Vinissimo. £POA.

This Cooperative dates from 1996, 14 growers with 35 ha of vineyards. It’s in the north-western part of Sardinia, around Sorso and Sennori on the Asinari Gulf. Here there are sandy, calcareous and clay soils extending down to the beach, with bush-trained vines to withstand the Mistral.

This is a small family winery on limestone hills, dating from 2003. Usini is a few kilometres far from the coast of north-west Sardinia. It has nine ha, of which just two are Vermentino, at 280m altitude.

Delicious wine, green-tinted with rosemary, thyme and citrus on the nose. Grapefruit accompanies pears on the palate before a satisfying length. Terrific example. N/A UK €8.00.

More powerful still, big-boned and lots of herbal notes. Maybe needs a little longer to settle down yet, feels young at this stage. N/A UK, €11.00.

Chessa is an artisanal family winery with 15 ha. Eight of these are for Vermentino,  grown on limestone at 200m in north-west Sardinia.

A fuller wine with the benefit of an extra year’s bottle-age. Grassy aromatics. Lime peel fruit stands out. Powerful but balanced with a mineral freshness and a bitter-almond finish. N/A UK €10.00.

Vermentino di Sardegna may once have been inferior to Gallura, both in thought and deed. On this evidence, this is no longer the case. Instead, the two are different expressions, and the best are redolent of their terroir.

Of course, if you are visiting Sardinia, do seek out the wines while you’re away, at wineries, bars and restaurants. The maps might come in handy. Moreover, do seek out the other white and red wines of Sardinia from these producers, many of which are stunning.

But Vermentino di Sardegna isn’t just a holiday wine, so at home, buy it with confidence and enjoy.

Sardegna’s “blue zone” has famously long-lived and healthy people with more Centenarians than virtually anywhere else on the planet. With this in mind, does Sardinian wine have anything to do with it?

With thanks to all the wine producers I met and the Vermentino di Sardegna DOC. Special thanks to Agenzia Laore for their organisation.