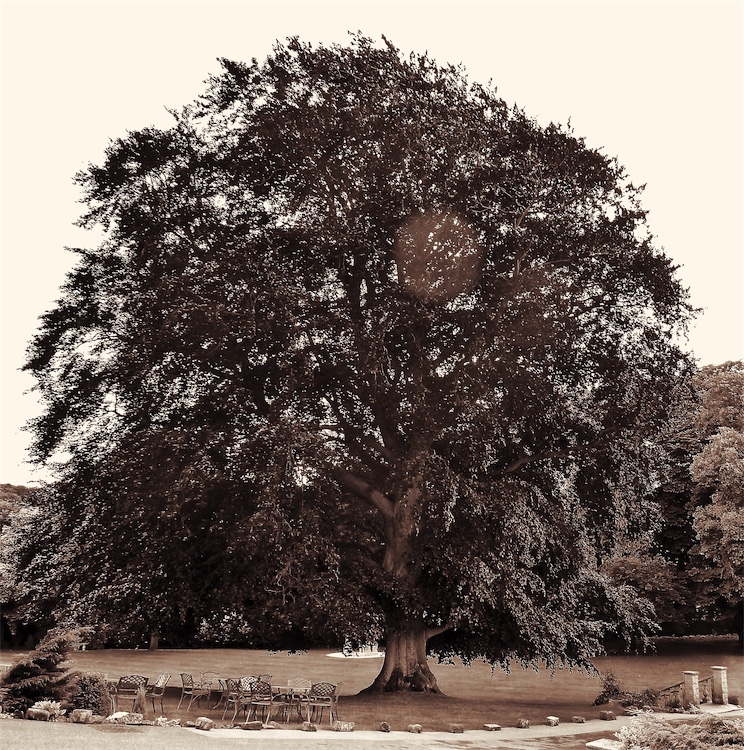 Where the A1 meets the M62, you pass through a part of Yorkshire known best for mining and industry. It would be easy to look at Ferrybridge power station and the spaghetti of motorway intersections and dismiss this area as one being without charm. In fact, that assumption couldn’t be more wrong. Within the area bounded by Pontefract, Doncaster, Barnsley and Wakefield you’ll find peaceful landscapes, pastoral countryside and country residences. One such example is the luxurious gem called the Wentbridge House Hotel.It’s hidden away in a steep valley yet readily accessible from the A1. I stayed here for a weekend break with friends.

The Went Valley and the village of Wentbridge are tranquil now. This place was once bustling, as it was where the old Great North Road crossed the River Went. Notorious outlaws, both heroes and villains, roamed here, including the likes of Dick Turpin and Robin Hood. Overlooking the river and its picturesque stone bridge, you’ll see Wentbridge House, a four-star country house hotel with an enviable reputation.

Wentbridge House is a Georgian property dating from 1700. It occupies twenty acres of pretty grounds containing magnificent ornamental trees. It has been a hotel since 1960, and now has 41 bedrooms. It’s restaurant, called the Fleur de Lys, boasts two AA Rosettes, awarded for its contemporary dining. There is also a conservatory-style brasserie provides a less formal alternative if you prefer. The facilities and location make it an ideal Wedding venue. Moreover, just such a marriage was taking place on the lawn under a magnificent Copper Beech tree when we arrived. 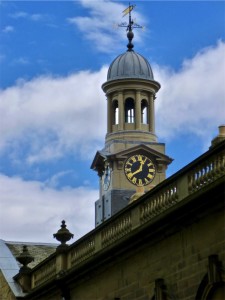 Our first temptation was the option of taking Afternoon Tea with glasses of Champagne Billecart-Salmon. Usually, I would not pass up such a treat. However, we decided to save our appetites for the evening meal. Exploring the Wentbridge Walk proved an attractive alternative instead. This five-mile stroll takes you through the valley and is full of wildflowers, birds and butterflies. 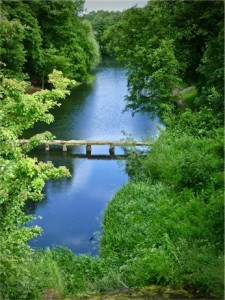 On returning, there was still time to make full use of our Junior Suite in the garden wing. The Bay window gave a fine view across the gardens. It was well appointed, with a separate sitting area and a king size bed smartly dressed in Egyptian cotton sheets. Each bedroom is individual, and for romantics, the oak-paneled bedrooms have four-poster beds.

We had booked a table in the Fleur de Lys restaurant, which lived up to its reputation. The imaginative menu includes vegetarian options and uses carefully sourced ingredients. It also has an extensive wine list which is well worth exploring. How refreshing to see some more unusual wines listed too!

Choosing our food and wine was clearly going to take a little time, so we enjoyed an apéritif in the cocktail bar while browsing the menu. Mason’s Gin hit the spot. During our selection, attentive staff showed they knew about the food and wines on offer and provided exceptional service.

Tempura king prawns and squid came with a sweet chilli sauce. Something of a classic, the tempura batter was especially light and delicious. Beef carpaccio with peppery radishes and watercress delivered intense flavours. My Moroccan Chicken salad melded couscous, hummus, pomegranate and a coriander dressing into an explosion of Mediterranean flavours.

These delights were washed down with an Italian white wine, Sharis from Livio Felluga. This blend of Ribolla Gialla and Chardonnay had the freshness to suit tempura and apricot fruit to match the flavours of the other starters.

The main courses are generous, but most importantly, are outstanding. With locally sourced beef, steaks are a speciality here. Flat iron steak, a tender cut from the shoulder, came seared but rare with a béarnaise sauce. A duo of spring lamb arrived appetisingly pink. Lemon sole from the specials board proved to be excellent. I opted for a dish called “this little piggy went to market,” a melange of belly pork, gammon, black pudding and crackling. It came with fragrant cabbage as a kind of delicious choucroute.

These meats needed a bottle of red wine, and we asked for a recommendation. Charles Melton’s Nine Popes is a classic Châteauneuf-style GSM blend from Australia’s Barossa. It performed brilliantly.

Room for puddings? Of course. Warm fondant caramel and peanut butter ice cream drew appreciative noises. A sticky toffee pudding was remarkably airy, with a hint of salt boosting the flavour. However, the Pontefract Cake iced parfait with rhubarb was the highlight. This area is famous for growing liquorice and rhubarb, so this was a particularly apt way to finish.

The following morning we met for breakfast in the brasserie. The Eggs, both Benedict and Florentine, Kippers and full English are all excellent. It set us up for a visit to nearby Nostell Priory, only 15 minutes away. With interiors by Robert Adam, Chippendale furniture and manicured parklands, Nostell Priory continued the theme of Georgian splendour and proved an ideal way to spend an indulgent Sunday.

Finally, how best to sum up the qualities of Wentbridge House? Simple. On the spur of the moment, my friends stayed another night! My only regret was that I couldn’t do the same. As a result, I left with a desire for a rapid return.

If you like Wentbridge House Hotel, then read my review of Swinton Park.