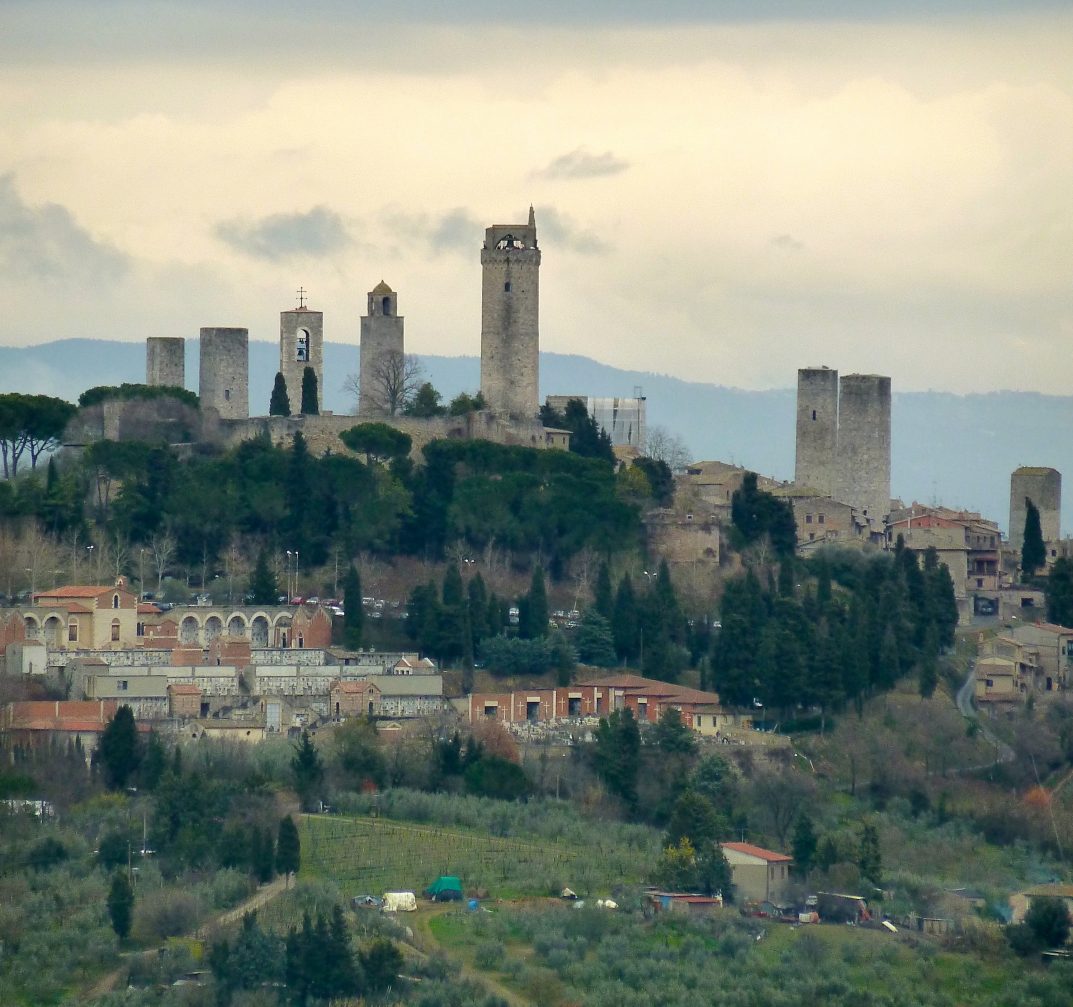 Riccardo Falchini bought the property now known as Casale-Falchini back in 1964. This was an ancient convent located outside the San Gimignano city walls, with forty hectares of vineyards and olive groves occupying the green rolling sandstone hills. From there, the famous medieval towers of the city dominate the skyline. He has worked tirelessly to improve standards in the vineyard and in the modern winery and is now aided by his sons Michael and Christopher. For many years the late Giacomo Tachis, the father of Supertuscan wines, was a consultant here. Vernaccia di San Gimignano is the signature of this land.

The Falchini range of wines includes Vernaccia produced in modern oaked (Riserva) and traditional unoaked styles, an excellent Vin Santo and a rare Metodo Classico fizz. There are also three different reds, including two Supertuscans. While all the wines from this pedigree range are excellent, Vigna a Solataìo best illustrates the combination of a classic Italian white wine made with modern skills.

Vernaccia di San Gimignano was the first wine in Italy to get DOC status and is still the only Tuscan white wine to achieve DOCG. The grape variety is documented in the tax records of San Gimignano as far back as 1276. Moreover, it gets mentioned in Dante’s Divine Comedy too, where he describes the gluttony of the Pope: “Ebbe la Santa Chiesa in le sue braccia: dal Torso fu, e purga per digiunol’anguille di Bolsena e la Vernaccia”.

While there are a number of Italian Vernaccia’s, Vernaccia do San Gimignano isn’t related to any of them.

Vigna a Solatio is a lovely Vernaccia from the highest vineyard site on the Falchini estate, at around 300 metres. The name Solatio means the first sun of the morning. It’s a 100% example (the laws stipulate a minimum of 90%).

This is a textbook demonstration of how Vernaccia should be; an attractive pale green colour with a white flower and herb nose, very clean and pure. The palate offers crisp green apples and ends with a classic almond/marzipan finish, but on the way, it’s the rich mineral content that stands out – a salinity that is as cooling and fresh as a splash of seawater. Add a silky texture and moderate alcohol and the result is a balanced and elegant wine with a long finish. It’s drinking perfectly now while young and fresh but will be good anytime over the next three years.

Michelangelo (yes, that Michelangelo) once said that good Vernaccia “kisses, licks, bites and stings”, and that description is unsurpassed. While Vernaccia takes well to oak maturation, but this example has just a 5% amount. That rounds it out and brings some extra complexity, but it’s a subtle feature.

Great Vernaccia is both distinctive and versatile with food. Hence drink it as an aperitivo or with everything from spring rolls to fish soup, or grilled salmon topped with pesto. Salads are great, whether Caesar style or with warm chicken livers. Or try those big caper berries (not the puny ones in jars).

Meanwhile, if you’d like to try more Italian white wines then why not try this.